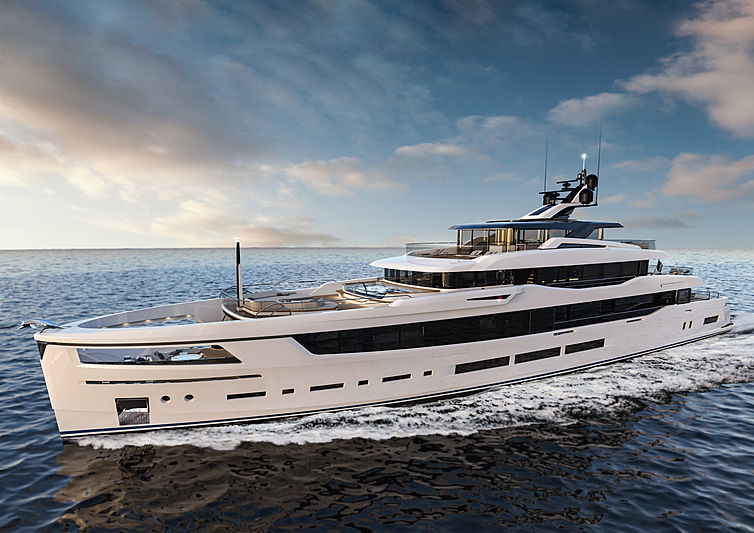 Photo: Acube DesignLaunched in 2014, the Logica 147 was designed by Luca Brenta and Lorenzo Argento with an interior by Acube Design, a relatively unknown studio in Viareggio, and the British designer Martin Kemp, formerly creative director at Candy & Candy. The Logica 183 reunites part of the same team with Acube responsible for the exterior styling and Kemp again collaborating on the interior design.

“For the new boat, the owner-investor originally wanted to remain below 500GT,” says Riccardo Benetti, operations director at Logica Yachts. “But as the length increased this became counter-productive and we ended up at around 840 gross tons. Once you go beyond the 500 threshold, you may as well make the most of it.” 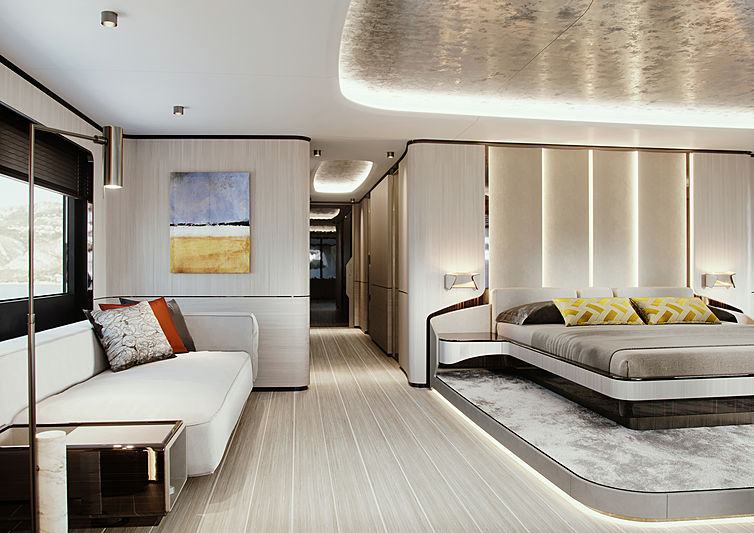 Photo: Acube DesignRiccardo Benetti comes from a famous family of boat builders. He began his career at Fratelli Benetti, learning the trade from his father and grandfather. He later started up Benetti Sail Division (BSD) to build sailing boats before becoming an independent shipyard specialising in classic motor cruisers with canoe sterns.

The contract for the Logica 147 was initially signed with Benetti Sail Division in 2011, but the project passed to Logica Yachts and was launched from its Viareggio facility in May 2014. BSD was acquired by Chinese interests at around the same time. 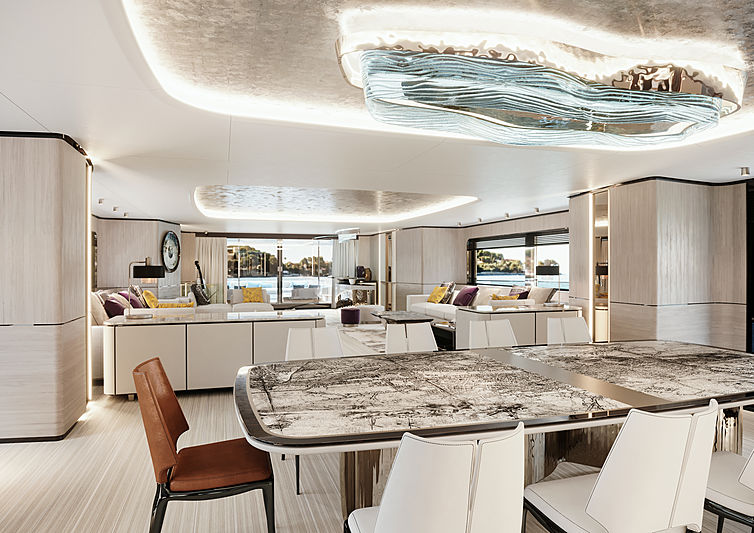 Photo: Acube DesignThe yacht was well received at the Cannes and Monaco boat shows, not least for her studied design and 5.5-metre pool on the foredeck, but then Logica Yachts pretty much disappeared from the radar. The yacht was sold in 2017, when her owner floated the idea of a larger vessel.

“The Logica 147 was a relatively low-volume yacht with a low-profile superstructure that was designed by Luca Brenta with the eye of a sailing yacht designer,” says Federico Bennewitz, Logica’s technical advisor. “This time the owner wanted something more akin to a tri-deck superyacht.” 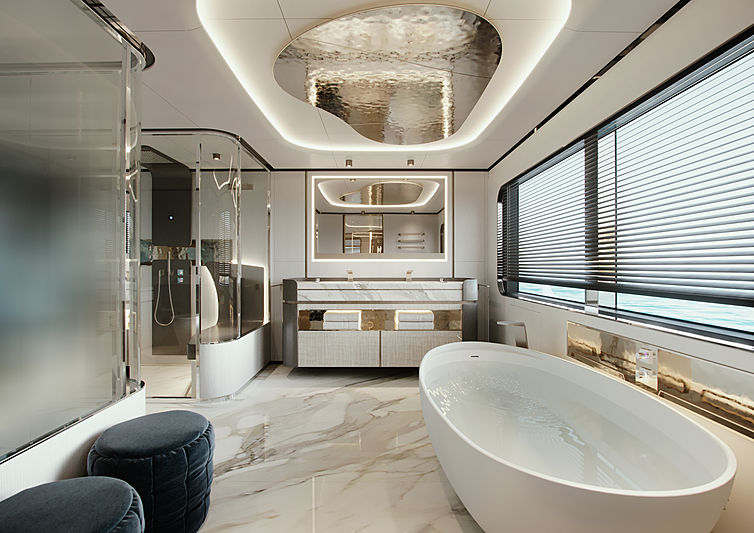 Photo: Acube DesignIt was Bennewitz, a former director at Camper & Nicholsons and Viareggio Superyachts, who felt that the team at Acube was ready to take on the exterior styling. The young studio has worked on only a handful of yacht projects, but their background in industrial and residential design has given them an eye for detail and the renders of the Logica 183 reveal clean, balanced lines and some innovative design solutions.

“Perhaps the standout feature of the Logica 183 is the private foredeck area,” says Alessio Benassini, one of Acube’s trio of partners. “It’s basically a continuation of the owner’s suite on the forward main deck with a private hot tub and chill-out zone protected by the high bulwarks.” 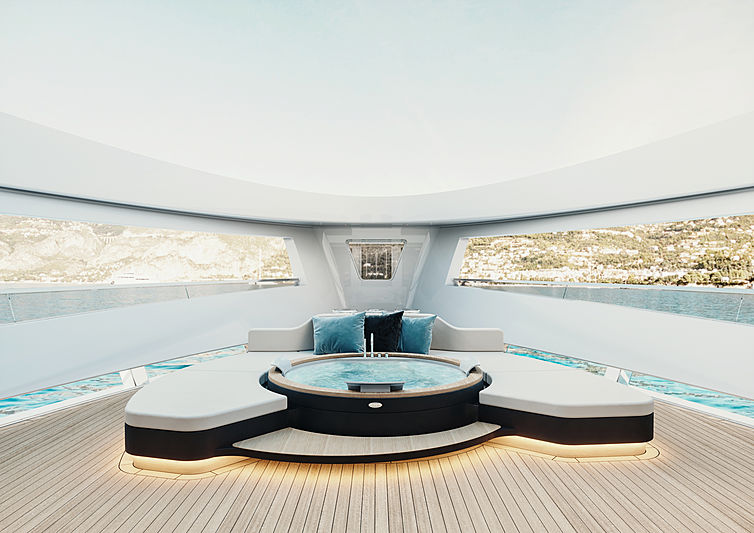 Photo: Acube DesignThere is a second much larger pool on the forward upper deck, and the sundeck can be completely enclosed by wrap-round glazing as the owner wishes to use the yacht during the off-season. The interior style and choice of materials have yet be finalised and the interior renders published here are conceptual. 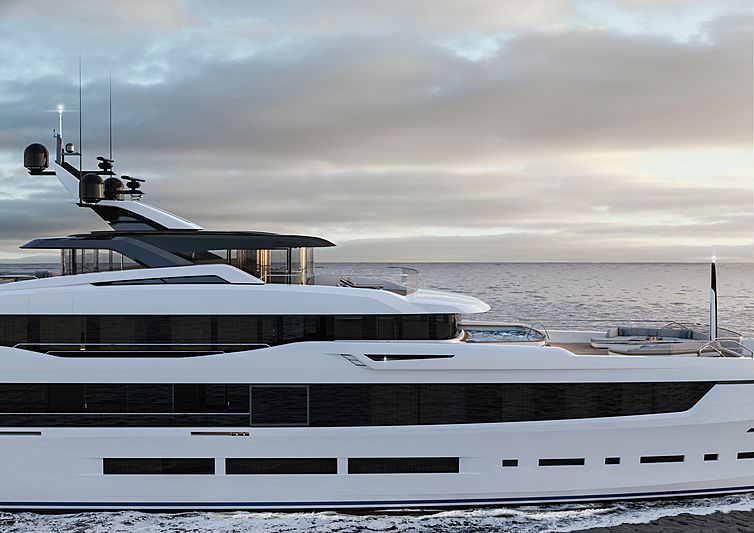 Photo: Acube Design“Rather than take an empty space and fill it with off-the-shelf designer labels like some other Italian yards do, we want all the loose furniture and fittings to be custom designed,” says Bennewitz.

The guest tender in stowed in a side-loading garage between the beach club and engine room. Unusually, the crew tender is housed in a compartment between the owner’s bathroom and the galley on the main deck. 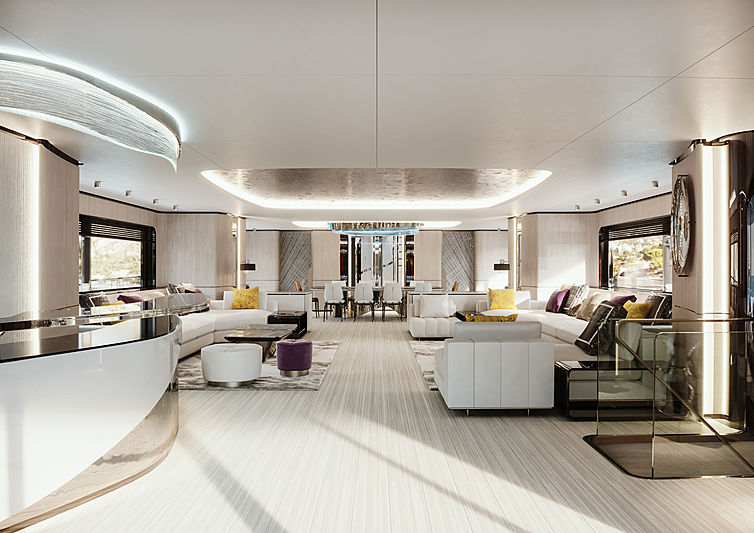 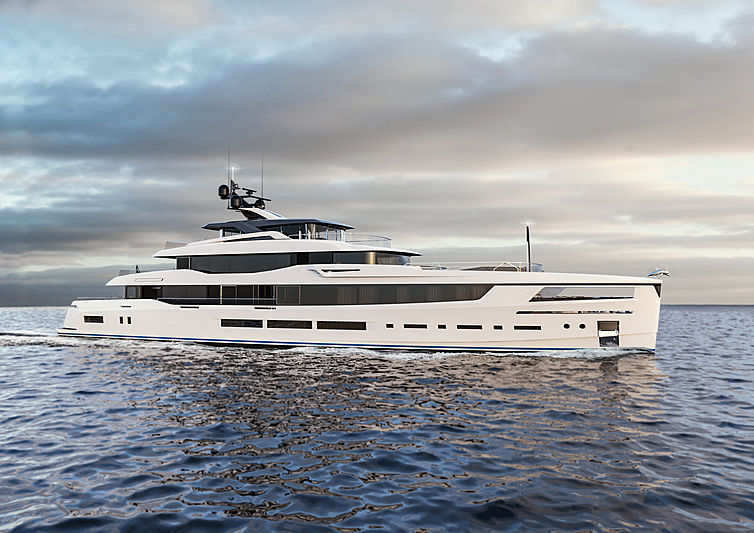 Photo: Acube Design“It’s a very flexible set-up that provides additional redundancy and allows the engines and propellers to work at their most efficient loading, depending on how the boat is being used,” he says. “With all three engines, the Logica 183 has a top speed of around 18 knots and a range of 3,500nm at a cruising speed of 16 knots. But running at an economical 10 knots on just the central engine her range increases to 6,000nm.”

With the steel hull blocks almost complete and construction of the aluminium superstructure due to start in February, the Logica 183 is expected to be launched in June 2020. The intention is that she will be the first in a mini-series.

The Logica superyacht Forever in Favignana