Vitruvius Yachts have just announced the construction of a 66-metre Vitruvius yacht at the Rossinavi shipyard in Viareggio. The new 66-metre motor yacht is based on the Vitruvius Lifestyle yacht design, and features exterior design from Vitruvius, in collaboration with naval architect Philippe Briand. The motor yacht's interiors come from the boards of Enrico Gobbi. 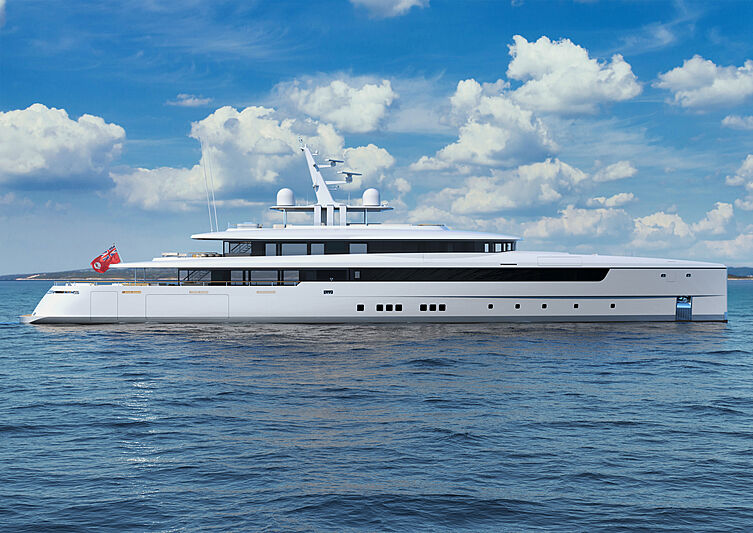 Her owner, who purchased the yacht in December 2019, intends to use the motor yacht exclusively for private cruising with his friends and family. He is being represented by Fabrizio Loi of the Florida-based construction specialists, Interyachting.

Her designer, Philippe Briand, commented, “It has been a fascinating and stimulating process designing this 66-metre yacht, as the owner is one of the most thorough and knowledgeable clients that I have had the pleasure to work with in my four decades as a yacht designer.” Briand noted that the owner's extensive experience as a superyacht charterer has honed his knowledge about superyachts, and has given him a solid foundation for what he is looking for in his own yachts design.

Briand added, “Alongside the guidance of his owner’s representative, we were provided with very detailed feedback and preferences. Every line, every single volume of the yacht has been scrutinised. One would think this is tiresome, but it was quite the opposite because the team fed off the gentlemen’s input and experience and I think we are delivering a superior yacht, and it has been a thoroughly enjoyable project to work on together. The benefits will no doubt be seen in the final outcome of this special Vitruvius yacht when launched.”