The Viareggio-based shipyard Codecasa has announced its new Codecasa Jet 2020 concept. Designed by Fulvio Codecasa, the 70-metre superyacht is characterised by clean and minimal lines and vast spaces and is inspired by the aviation industry, as seen by the yacht’s forward section, which is reminiscent of an aircraft’s cockpit. Codecasa state that construction of the Codecasa Jet 2020 will potentially begin in the first half of 2020, resulting in a new flagship for the shipyard. When questioned, Codecasa did not comment on whether the yacht was sold or would enter the building phase. 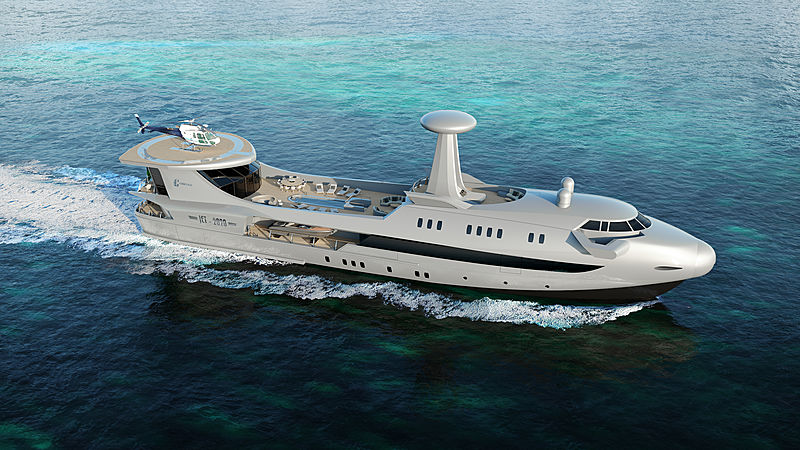 The aft section, shaped like an aeroplane’s tail, features a beach club at sea level and is connected via an elevator to a skylounge with large windows and high ceilings located at the level of the sun deck. The main saloon dining area is located on the particularly sizable sun deck, which runs to the aft section of the yacht and features a swimming pool, large sunbathing mattresses and a covered gym. Other amenities include a helipad and two tenders. 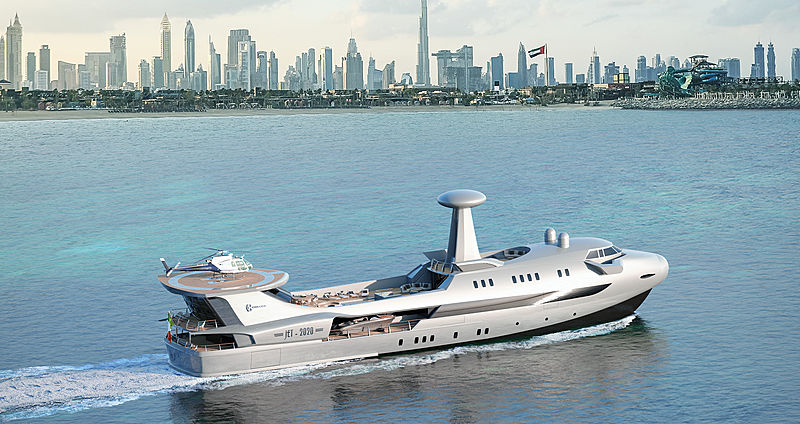 Accommodation includes an owner’s suite on the main deck and four large guest suites on the lower deck, forward of which are the crew quarters, with the captain’s cabin located on the bridge deck close to the pilothouse. 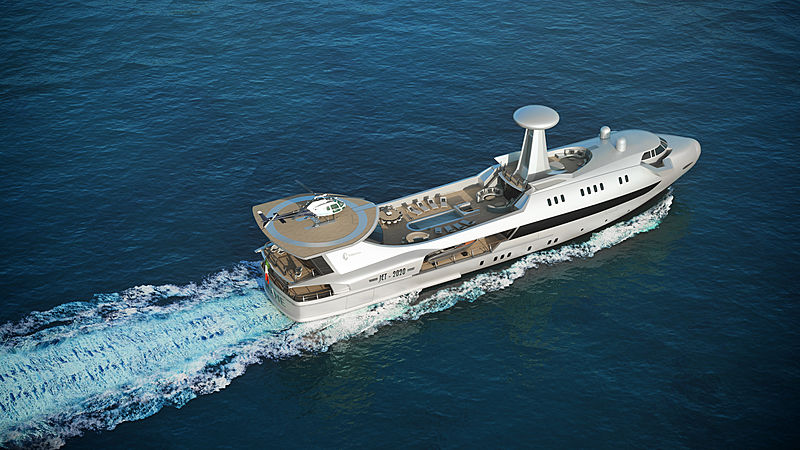