Frank Neubelt Yacht Design and German Yacht Couture have teamed up on the 70-metre superyacht Screen. At 1,400 GT, the superyacht’s generous interior volume has been designed to create a superyacht with a serene ambience and world-cruising capabilities. 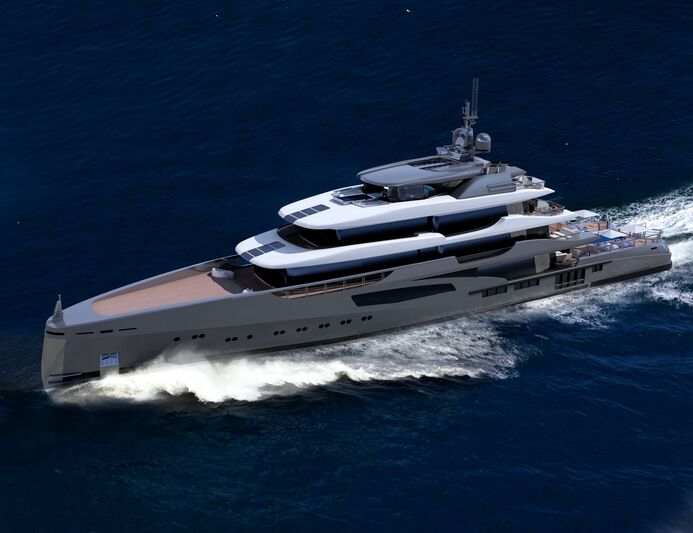 Designed for an experienced owner, the superyacht features exterior lines and an interior design penned by Frank Neubelt, while German Yacht Couture has completed her naval architecture. With a range of 9,000 nautical miles while cruising at a speed of 10 knots, Screen has truly trans-Pacific capabilities. Ecological considerations have been taken into her design, including the yacht’s use of hybrid Rolls Royce Generators. 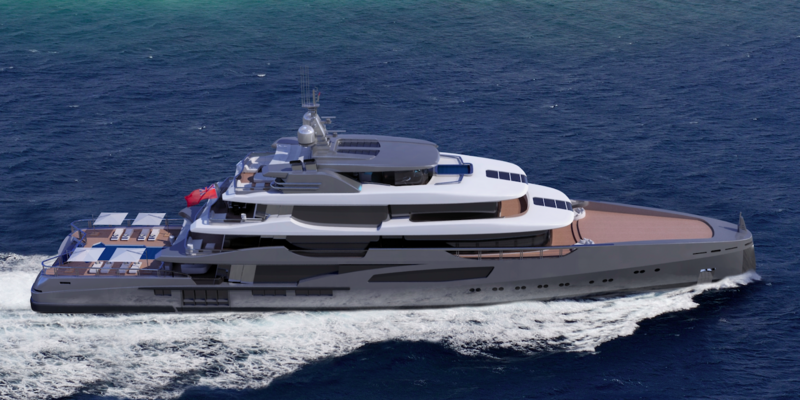 Screen is able to accommodate as many as 12 guests onboard, including a private, designated owner’s deck. Here, a spacious master stateroom including a private fore and aft terrace is found. Four twin staterooms are situated on the lower deck while two VIP staterooms with their own private terraces, lounges, and offices are found on the upper deck. 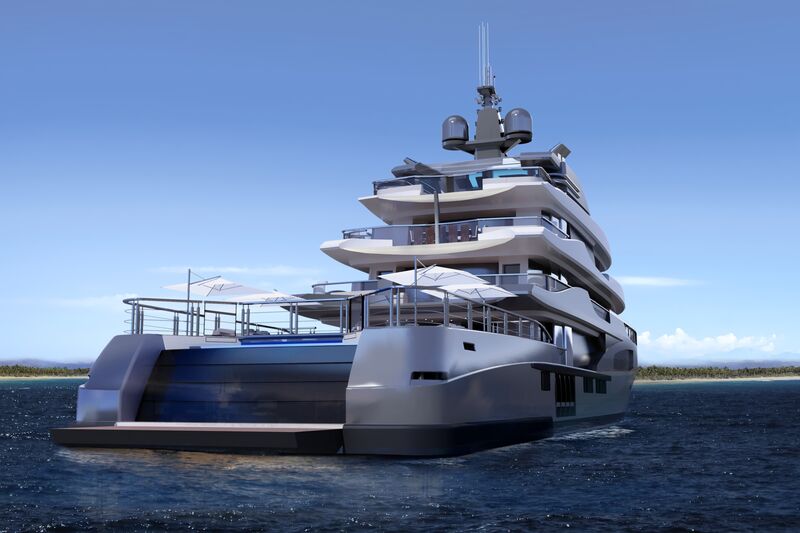 Over 700 square-metres of interior living spaces are offered across four decks, all of which are connected by an elevator designed by Lift Emotion. 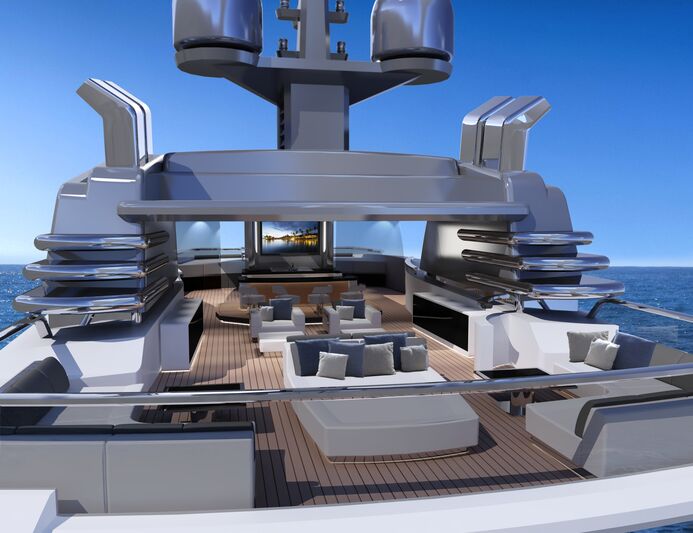 Screen offers ample deck space, including a 100 square-metre beach club equipped with a cinema screen, sauna, steam bath, and gym. Above the beach club, an 8-metre pool is found which features a glass bottom and provides natural light to the area below. 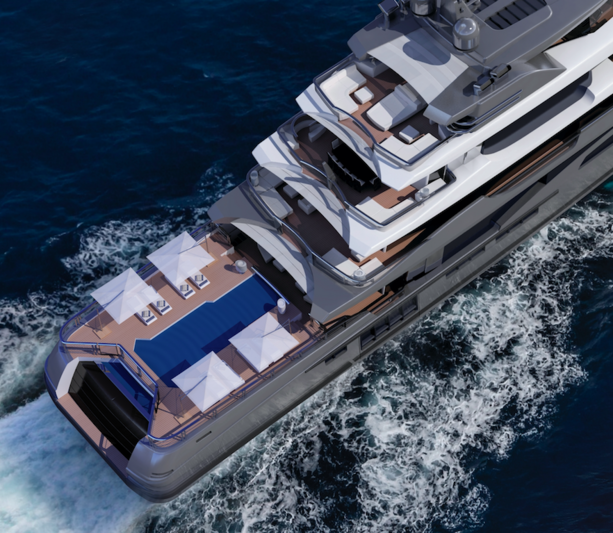 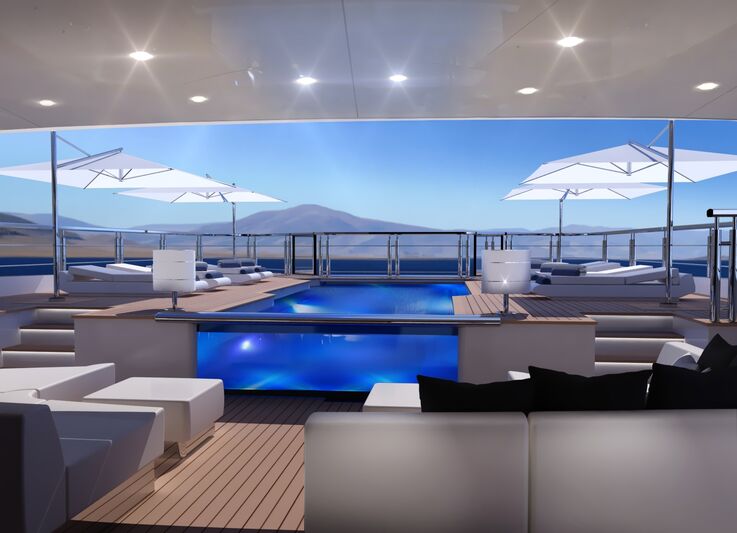 Two tenders are stowed and launched from the side garages situated towards the superyacht’s bow. These areas are transformed into living spaces such as a lounge in the day and a night club in the evening, when the tenders are deployed. 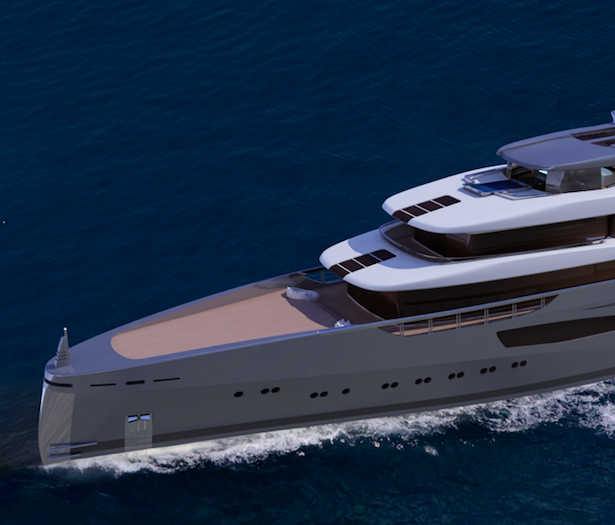 The sun deck is home to an additional outdoor cinema, a Jacuzzi, and a lounge space. A touch and go helipad is found at the yacht’s foredeck and the pool can transform into storage for the helicopter while underway for longer periods. 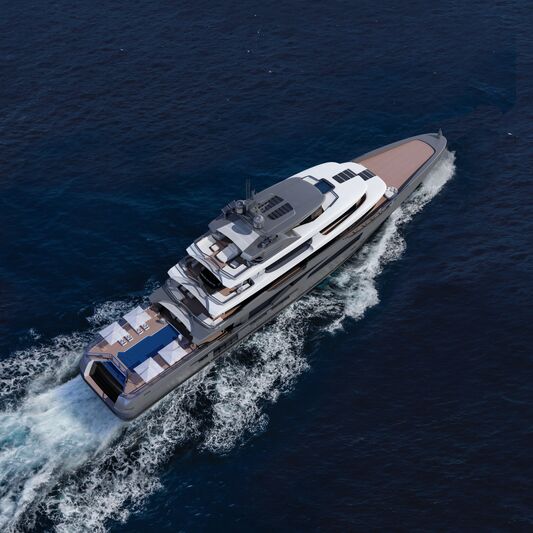 Meyer Yachts enters the superyacht sector with a 150m sustainable superyacht concept, ONE 50