Grace E has the same hull and superstructure design elements that both characterize the rest of the Picchiotti Vitruvius® series and assure efficient and autonomous navigation. Grace E has an advanced diesel-electric propulsion system with two Azipod propellers, electronically activated propellers that are mounted on a movable support called a pod, that allow the yacht to reach a cruising speed of 16.5 knots. Grace E is also equipped with a variety of tenders for the exploration of the surrounding environment.

Ideal for cruising in the Mediterranean or in the Caribbean, Grace E has been designed for autonomous and energy efficient cruising in comfort and safety. Exterior spaces are divided over five decks. The Upper Deck, also called the Wellness Deck, has an area that is entirely devoted to wellness with a gym, a sauna and hydrotherapy equipment. The interiors, designed by Remi Tessier, are elegant and contemporary. 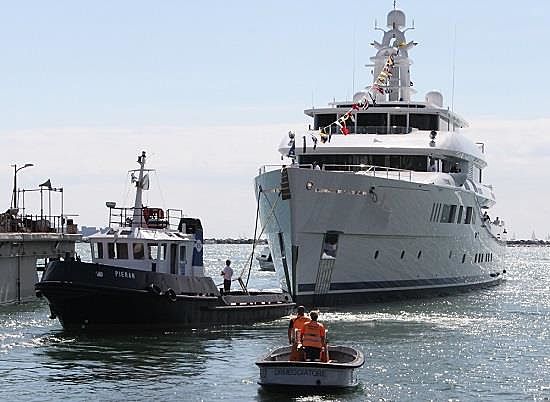 Grace E’s launching along with the launching of the first sailing yacht in their 60m series, both of which will be delivered within 2013, are part of the Group’s production programme for 2013.