In the Netherlands last week, the 77.7 metre Feadship Tango narrowly escaped disaster. The superyacht which has been launched on the 8th of May, was enroute from the yard on Kaag Island to Rotterdam for her final outfitting and seatrials, when the two tugs that were assisting her through Holland's narrow waterways had to stop and wait for the bridge in Waddinxveen to open. 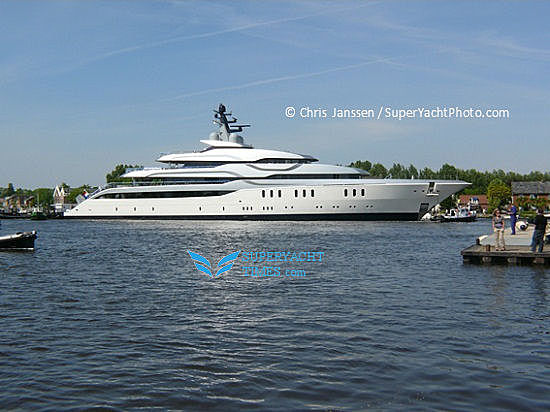 Merely moments before Tango was to pass underneath bridge, part of the bridge collapsed, and fell down from 30 metres. The vertical bridge was built in 1935 and reaches 34 metres in height when fully opened. It was operating on emergency power after a power cut hit the city of Waddinxveen. It is unclear however why the bridge fell down.

Since that close encounter, Tango has been stuck on the wrong side of the bridge, unable to continue her journey for her final outfitting. The bridge is currently being inspected for repairs.