One the the most interesting superyachts to be launched in 2012, is without doubt the 78 metre Feadship superyacht Venus, which was launched at the Feadship shipyard in Aalsmeer. Today the yacht, which was built for the late Steve Jobs, left the shipyard in Aalsmeer, and she is currently enroute to Rotterdam, attracting a lot of attention on the way. 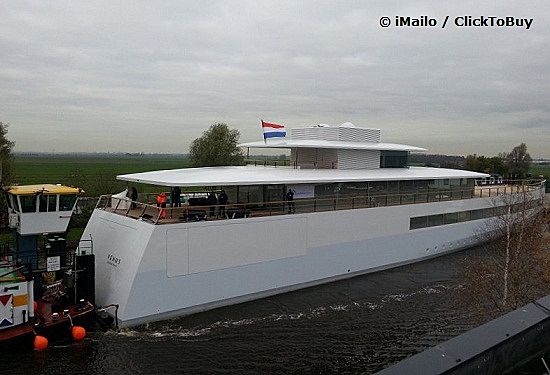 These photos, taken this morning, show the yacht from some different angles. These photos give us a good idea of the main deck's height above the water, and the photos clearly show the large tenderdoors in the side of the hull, as well as the huge aft platform. 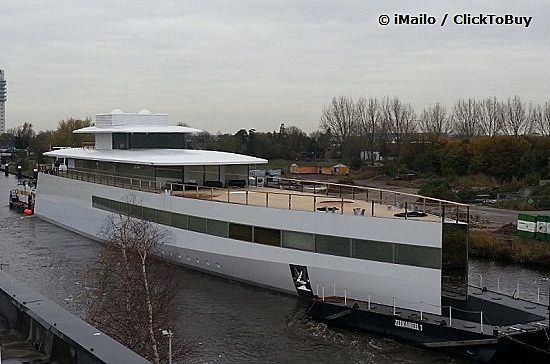 Another interesting design feature, is the integrated Jacuzzi in the teak foredeck.

Earlier this week I interviewed the yacht's designer, Philippe Starck, which will be published soon on SuperYachtTimes.com.