Lontano is a new explorer yacht that has moved from idea to concept and is already creating waves. The 78.7-metre Lontano has been penned by two young designers – Giulia Bassan & Alessandro Benedetti – who coined the concept as their master’s degree thesis project. 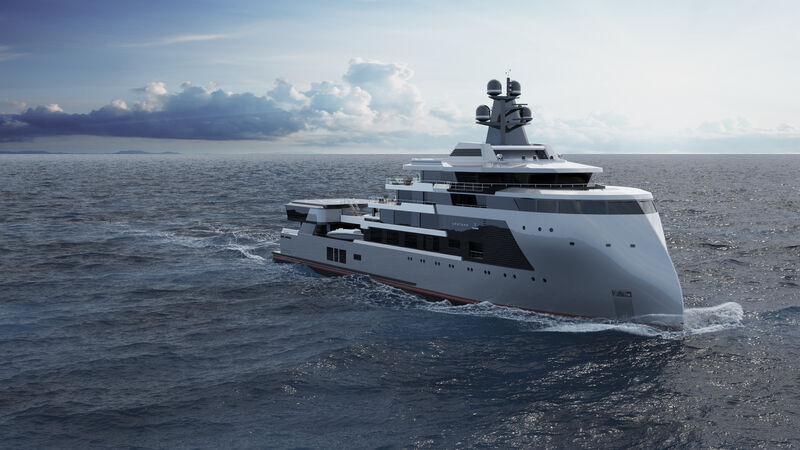 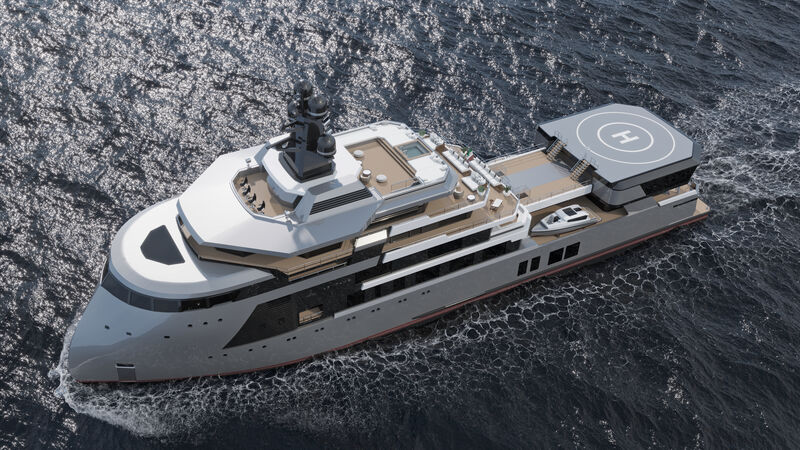 Lontano’s design has been based on the hull of a supply vessel from the Norwegian shipyard Ulstein, which brings to the yacht all the trappings necessary for long explorations. Her exterior draws inspiration from military vessels, which give Lontano a striking and imposing silhouette. 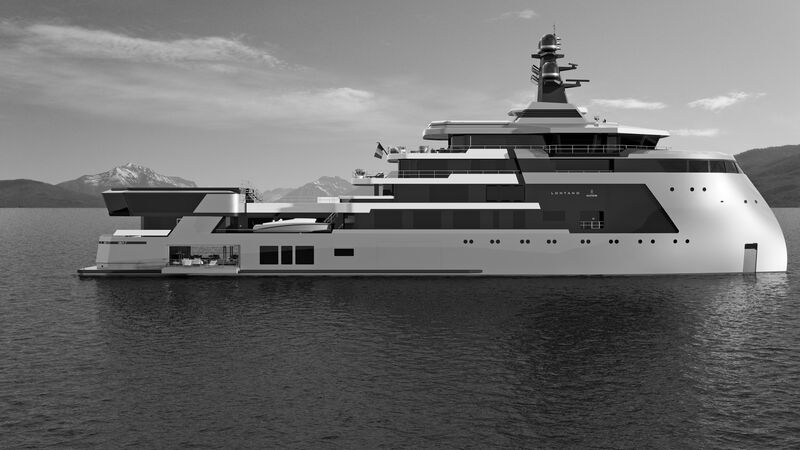 She is not only generous in length, but she also has a 16-metre beam. Lontano can accommodate as many as 12 guests across her six large staterooms – all of which have been designed to mirror the high-class charm of a Manhattan Skytop apartment. 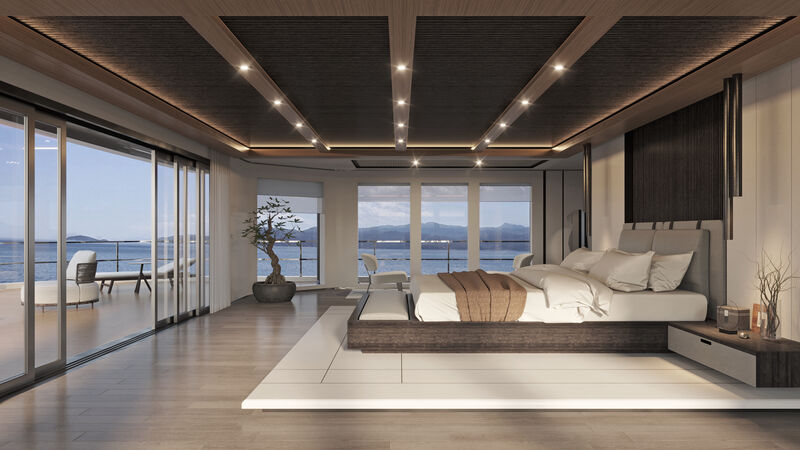 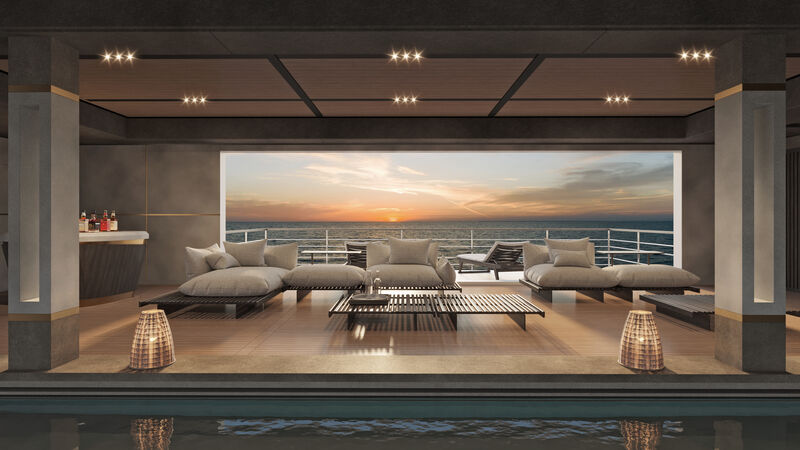 Space is plentiful throughout Lontano, and there are heaps of room for relaxation and activities. One of her key features is a 9-metre swimming pool situated in her aft beach club – which, it should be noted, also accommodates a gym, spa and massage room. 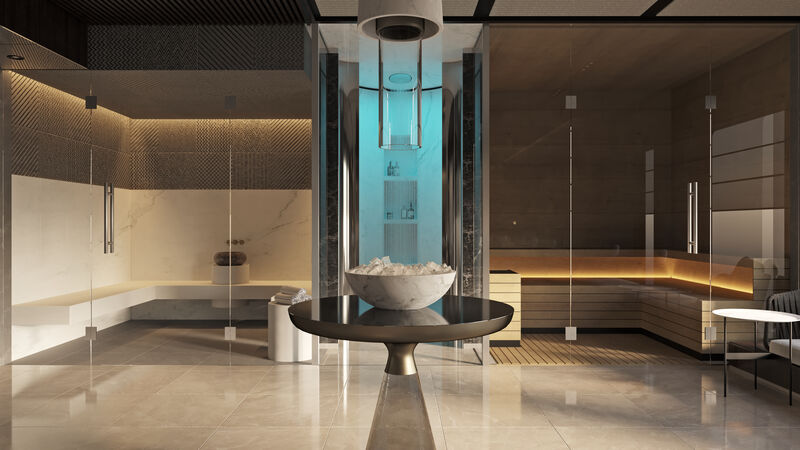 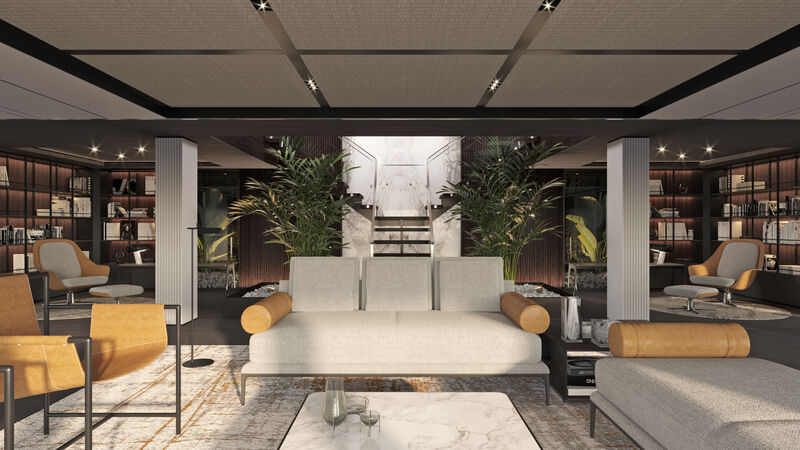 Bold clean lines feature through every area of this concept, giving her a real modern and sophisticated feel. And due to her sheer size, there is so much space for guests to socialise and also to kick back in private nooks and crannies which seemingly feature all over her. 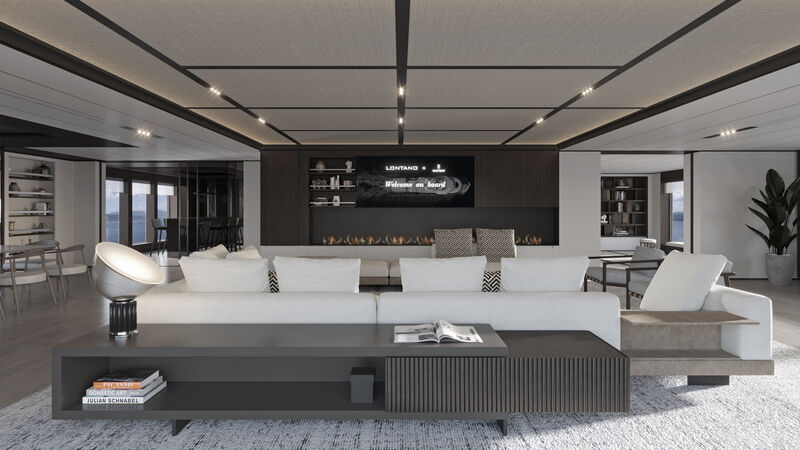 Another great feature of Lontano is her cinema room which has a screen that rivals the cinema in size. The room itself, thanks to panoramic views and plenty of seating areas, most definitely outpaces what the high street can offer. 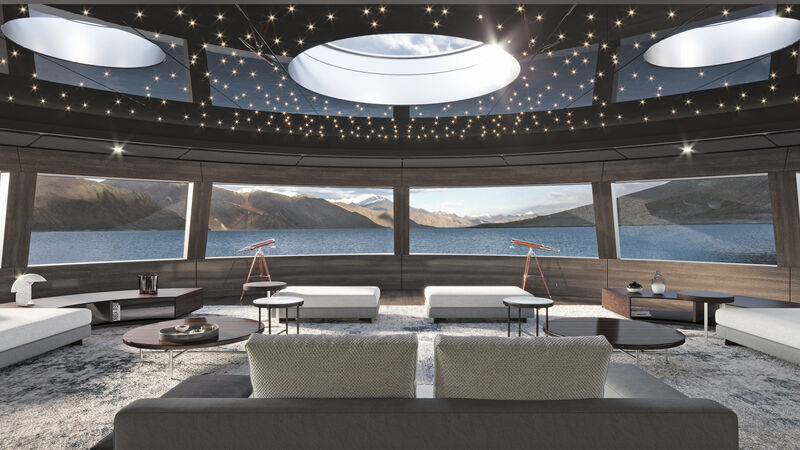 Lontano also has toys galore and comes equipped with an amphibious ATV, a submarine and a helicopter that can land and refuel on the certified helipad. This helipad is elegantly cut and features staggering glass-walled areas to give guests a full 360-degree view from the rear of the yacht. 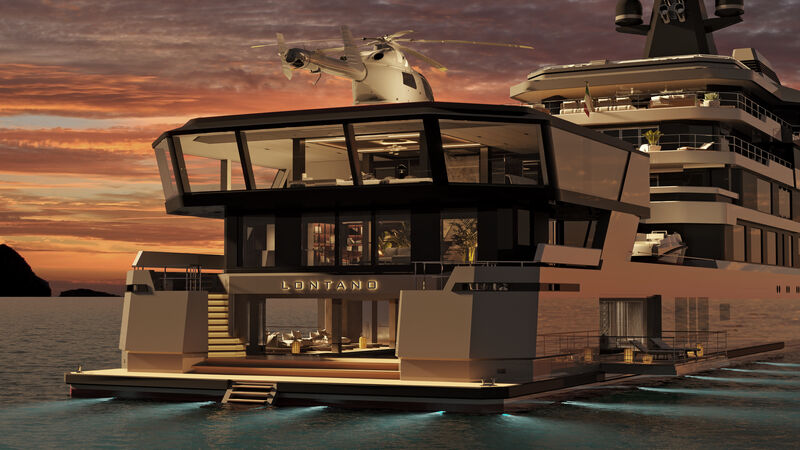 She also hosts two 9-metre tenders that can be deployed and retrieved by crane, and has two tender garages for Jet-Skis, scuba gear and everything in between. 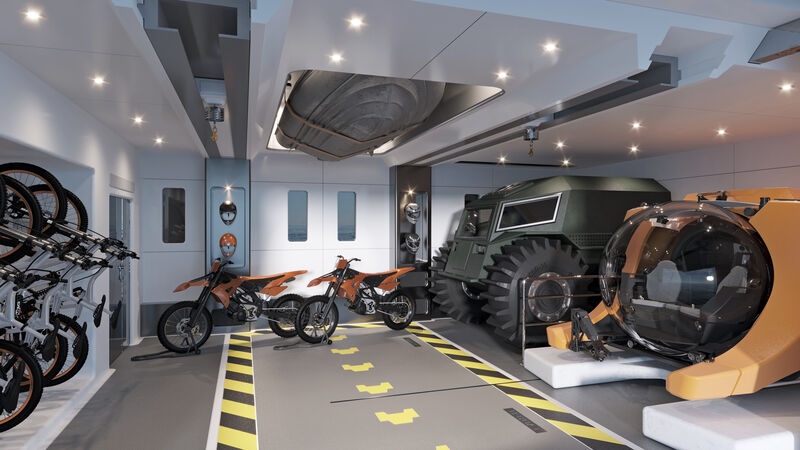 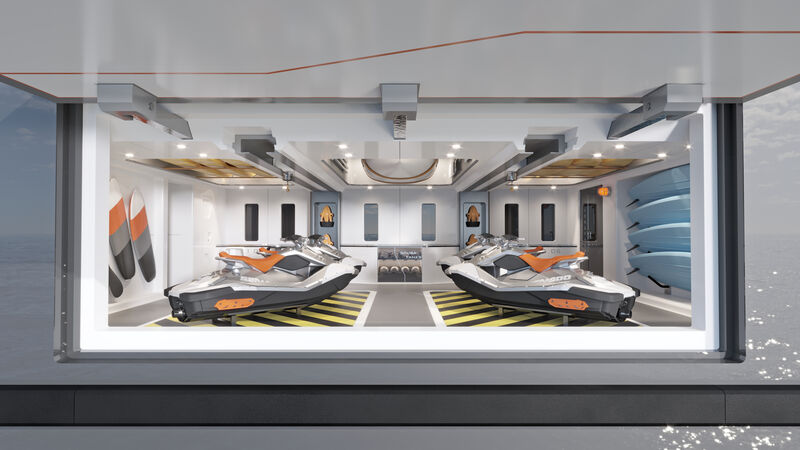 She can accommodate up to 23 crew members and is expected to have an 8,000 nautical range at a cruising speed of 12 knots.

Lontano has been shortlisted for an International Yacht & Aviation Award this year, in the Concept Over 40 Metres category.