Home > News > The over 80-metre market: large and in charge

Although very large superyachts, those measuring over 80 metres in length, only account for 2.6% of the active superyacht fleet, when looking at the actual number of vessels, 80-metre plus superyachts’ overall share in terms of gross tonnage (GT) of the global superyacht fleet is ten times larger, equal to 26%. As the size of the biggest superyachts continues to grow, the economic impact of these behemoths on the superyacht industry will only increase with time. 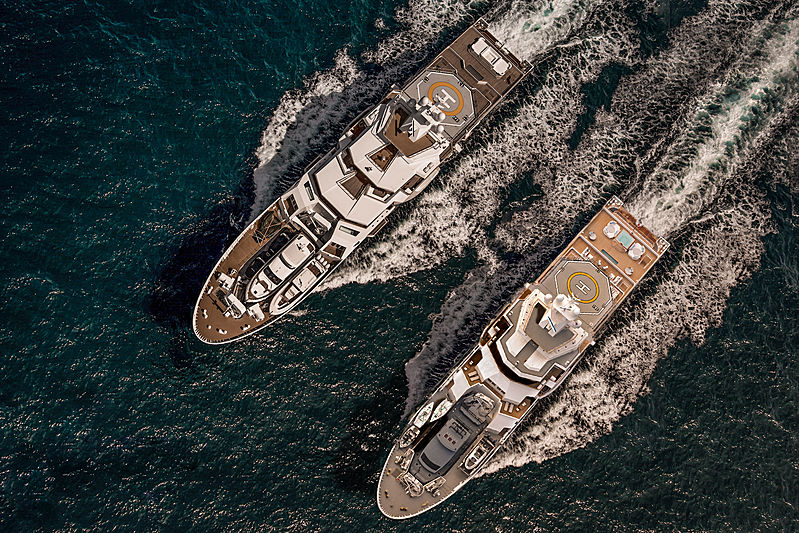 Photo: Tom van Oossanen & Thierry Ameller2018 was a good year for the sales of new and used large superyachts. In fact, this sub-segment has outperformed the overall superyacht market as a whole this year. Newbuild sales in the 80-metre plus segment doubled compared to 2017, while the total number of newbuild sales of superyachts over 30 metres remained stable. 14 new superyachts measuring over 80 metres were sold in 2018 in comparison to seven newbuild sales in the same segment in 2017.

However, in order to put things into perspective, it should be noted that sales of 80-metre plus newbuilds have averaged close to ten superyachts a year since 2006. We use this year as our starting point because it was the first year in which sales of these yachts exceeded ten newbuilds a year. Prior to 2006, sales in this segment were much lower, with usually only a handful of newbuild sales per year.

Given the relatively small size of the 80-metre plus fleet (in number of yachts, that is), transactions involving used yachts in this segment are few and far between. Since 2000, we have seen fewer than four yachts change hands per year on average, with some years showing no transactions at all. 2018 has seen some big-ticket sales once more, with the highlight being Burgess’ sale of the 110-metre Jubilee, delivered by Oceanco in 2017. 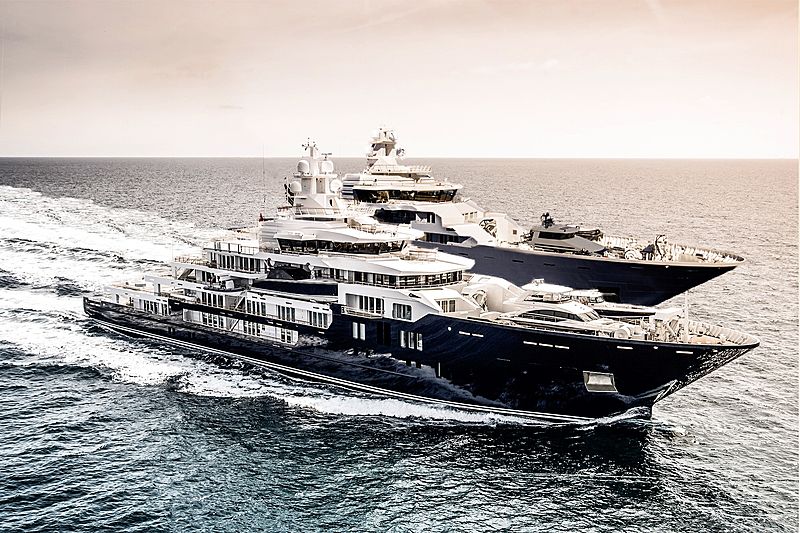 Lürssen is the clear market leader in the 80-metre plus superyacht segment, having built 29 of the 127 yachts in the fleet and accounting for close to a third of the fleet in terms of gross tonnage. The only other yards to have built more than two 80-metre plus superyachts in the current active fleet are Oceanco (17 yachts), Feadship (12 yachts), Blohm & Voss (eight yachts, but now part of Lürssen) and Abeking & Rasmussen (five yachts). 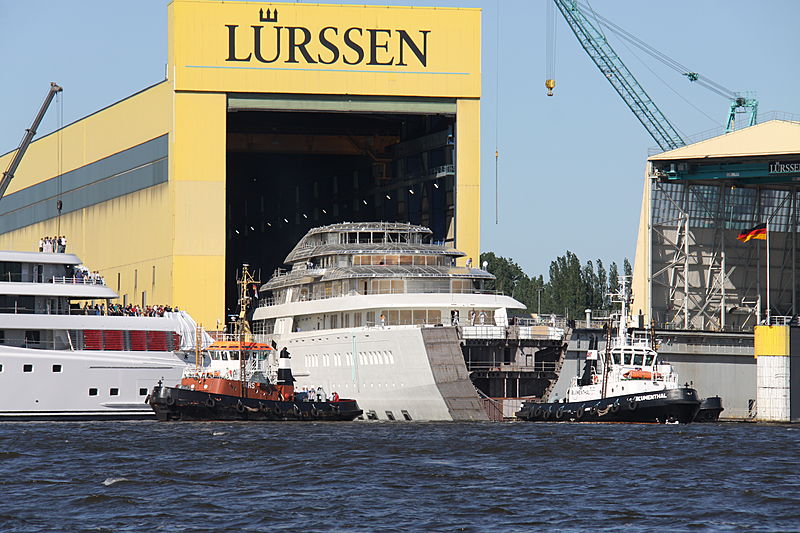 Photo: Merijn de Waard / SuperYacht TimesThe remaining 18 yachts under construction are divided across 15 yards. One yard working on a unique project is Vard from Norway. Vard, a subsidiary of Italian yard Fincantieri, is building what is set to be the world’s largest yacht, both in length and gross tonnage: the 182-metre, 17,440 GT REV Ocean. REV Ocean will be a combined research vessel and superyacht, for Norway’s richest man.

Norwegian yards, normally known for their prowess in offshore and fishing vessels, have made their mark on the very large superyacht market in recent years due to the increased interest in explorer yachts, which borrow some features from the aforementioned types of utility vessels. Kleven delivered the 107m Andromeda (ex-Ulysses) and 116m Ulysses, while Ulstein is building the 89-metre Olivia O, whereas the construction of the long-delayed 81-metre PJ World appears to have regained traction at the Westcon yard.

Very large explorer yachts don't only come in the shape of newbuilds. 13 yachts, or 10% of the active fleet, were converted from merchant ships.

More and more yards are eying up the prospects of the 80-metre plus market, with a number of yards investing heavily in new drydocks and building halls, often capable of accommodating newbuilds up to 140 metres in length. At the same time, commercial yards are entering the fray as they attempt to tap into the growth in demand for explorer yachts.

The current order book for very large superyachts promises to grow the active fleet by a third in a matter of years. So, while the pie is growing, there are also more and more players looking to have a piece of it. At the same time, only a very limited number of yards can pride themselves on having made multiple 80-metre plus deliveries, so they are likely to firmly cement their position in the market.