Ahead of the new year, Echo Yachts handed over its largest project to date as the new 84-metre trimaran motor yacht White Rabbit settled into Keppel Bay in Singapore where she now joins her smaller sister ship by the same name in one of the wealthiest nations in the world.

“White Rabbit is doing everything we expected of her and I am sure has set a new standard for large yachts in regards the lack of vibration, speed, efficiency and economy to run,” commented shipyard CEO, Mark Stothard. 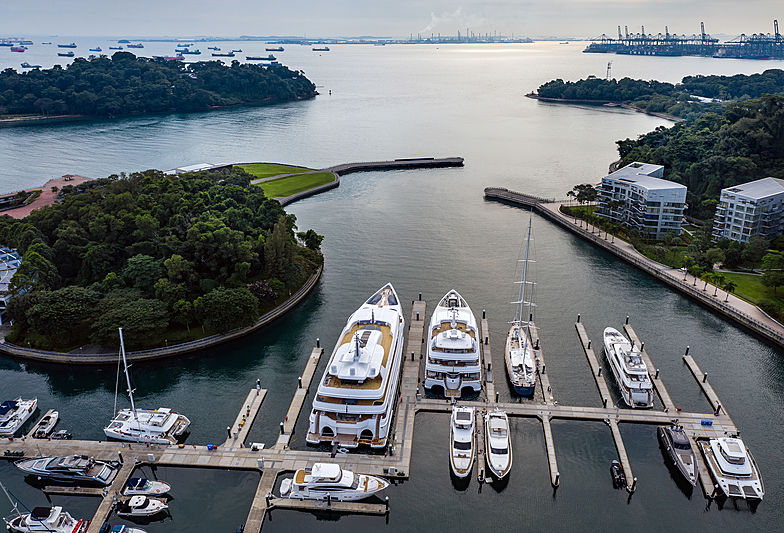 White Rabbit was commissioned by an experienced owner and repeat client of Echo Yachts who took delivery of the 46-metre multihull vessel named Charley in 2017 which was purposefully built as a support yacht for the new 84-metre White Rabbit. Charley provides the owner’s fleet with a floating heliport, extended crew and provisions capabilities and a range of customised tenders and landing craft. 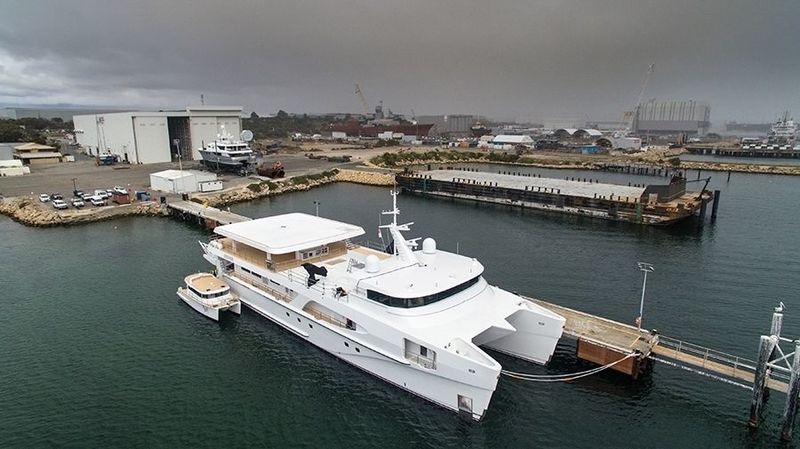 White Rabbit is fitted with an advanced Kongsberg/STADT hybrid propulsion system developed together with Rolls Royce. The system is good for a top speed of just under 19 knots and allows White Rabbit to run at 12.8 knots with an hourly fuel consumption of just 440 litres. 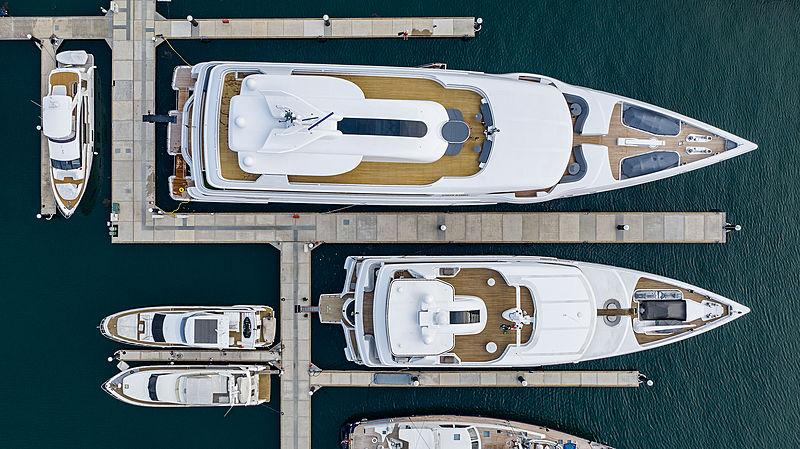 Now side by side with her predecessor, the 1,700 GT difference between the two White Rabbit vessels is clearer than ever.