Merle Wood & Associated has announced that they have been appointed the joint central agents, together with Burgess, for the sale of the 86 metre Feadship Ecstasea. 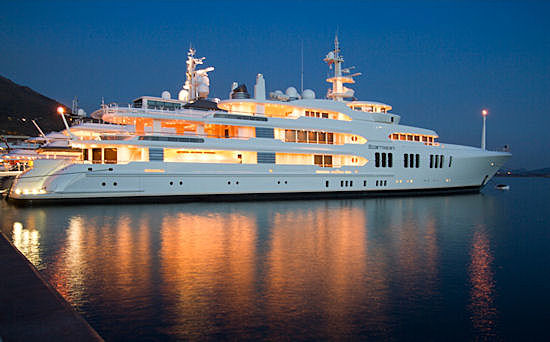 At the time of her launch, in 2004, Esctasea represented a number of major milestones in the evolution of the superyacht industry. Powered by four MTU engines, the yacht reaches speeds up to 30 knots, making her one of the fastest superyacht in the Top 100 Largest Yachts.

She features a helicopter hangar in the bow that is completely hidden, without a hint of the horizontal sliding hatches either technically or in terms of style. With a seam in the centerline of the boat, the hatch slides open in two halves to port and starboard.