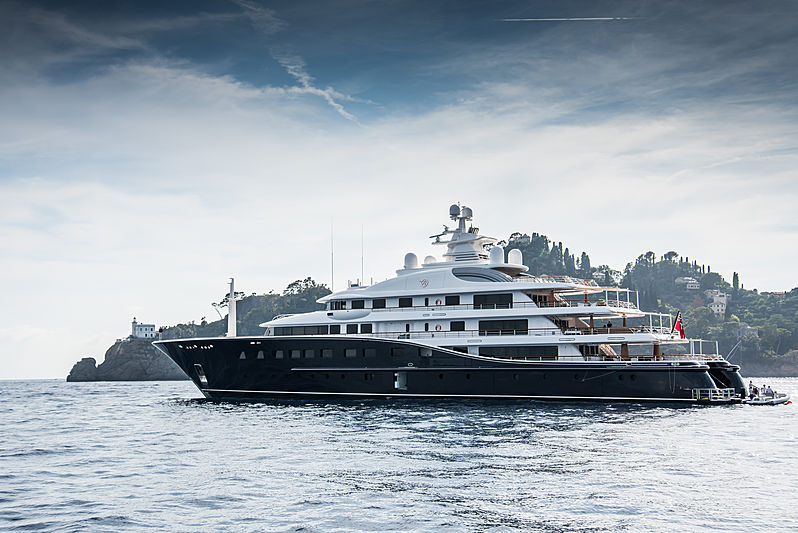 Photo: Tom van OossanenLaunched as Cakewalk by Derecktor Shipyards in Connecticut in 2010, Aquila was designed by Tim Heywood with an original interior created by Elizabeth Dalton of Dalton Designs. After changing hands in 2014, Aquila underwent a major rebuild at the Pendennis Shipyard in the UK where the owners drafted RWD to redesign the interior spaces and completely transform the style on board. Following an intensive 12-month project, Aquila re-emerged in 2016 looking as good as ever with several new features including a pool on the top deck, cinema room and reconfigured master suite ib the owner’s deck. Here she is seen at anchor outside Portofino, Italy.

Superyacht of the Week: Acquiring Aquila