The eighth edition of the La Belle Classe Superyachts Economic Symposium was hosted at the Yacht Club de Monaco last week, in which SuperYacht Company Director, Merijn de Waard, was invited as a speaker. Present at the exclusive event were many key decision makers from the industry joined by high profile yachts owners, who used the evening to discuss new trends and developments in the luxury yacht industry.

The evening began with a drinks reception followed by a private dinner held in the exclusive Riva Lounge, in which several professionals gave concise presentations on their unique insights into the industry. Merijn de Waard was amongst the high profile speakers, and presented a dynamic new way of analysing the superyacht new-build industry which was very well received by members of some of the leading shipyards in the audience.

Other speakers across the evening included Michel Buffat of Credit Suisse, who reviewed yacht finance of 2015, highlighting a very good year for Credit Suisse, with relatively stable prices for large yachts, and 50% of requests for financing resulting in a deal. Mr. Buffat concludes with a positive outlook in regards to the increase in numbers of Ultra High Net Worth Individuals globally (this included 290 newcomers in 2016), though addressed the possibility of the growing demand of yacht refinancing acting as an alert for possible upcoming financial challenges. 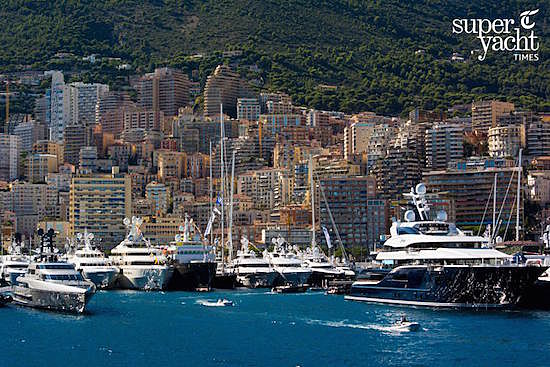 Laurent Perignon of PV. Partners assessed the charter market, noting a total in excess of 2,100 yachts available for charter over 24 metres. Some key statistics highlighted through Perignon’s presentation concluded that over 4,000 weeks of charter have been totalled over the course of 2015, though prices are still down (average rates in 2007 were $120,000 per week in comparison to average rates in 2015 of $75,000).

Gaëlle Tallarida, Managing Director of the Monaco Yacht Show, also gave a compelling update regarding the new developments we can expect at this years edition of the show, while Edouard Mousny of Cluster Yachting Monaco gave an overview of the company of which 80 Monaco-based companies are currently members off.

Other speakers at the evening included Perini Navi’s Burak Akgül, Farouk Nefzi of Feadship, Richard Lambert of Burgess, Paris Baloumis of Oceanco, Kevin Bonnie of IYC, and Paul Betts of the Financial Times.

The La Belle Classe Superyachts Economic Symposium will be back again in Monaco in 2017.