Abdulbaki Şenol has released an updated version of his 90-metre explorer superyacht design, which was first covered by SuperYacht Times, almost 10 years ago. The designer of this updated concept, which was revealed in 2011, has maintained the philosophy behind his design, which was to create a comfortable and adventurous superyacht. 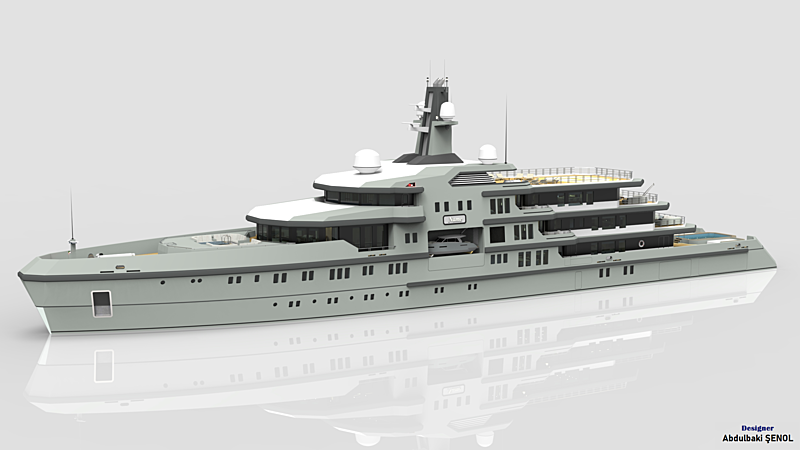 The main deck of the superyacht is home to a spacious main saloon with separate formal dining and lounge areas. Here, a full bar is also found. Aft of the main deck is a large outdoor lounge with a spacious swimming pool and two staircases which lead to the superyacht’s transom and swim platform. 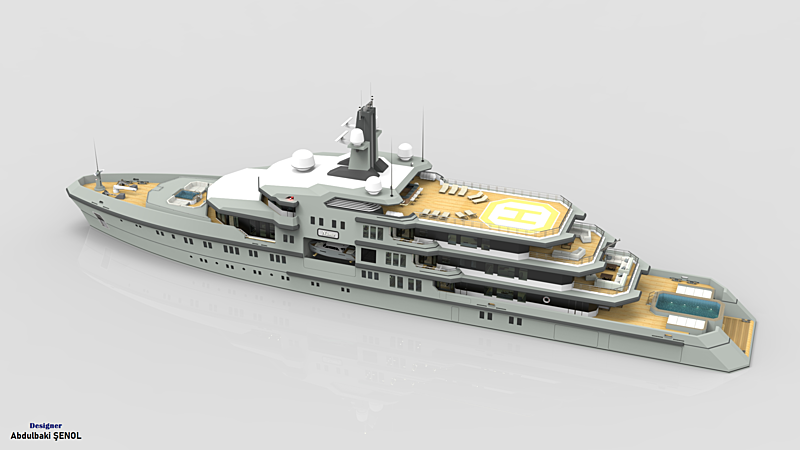 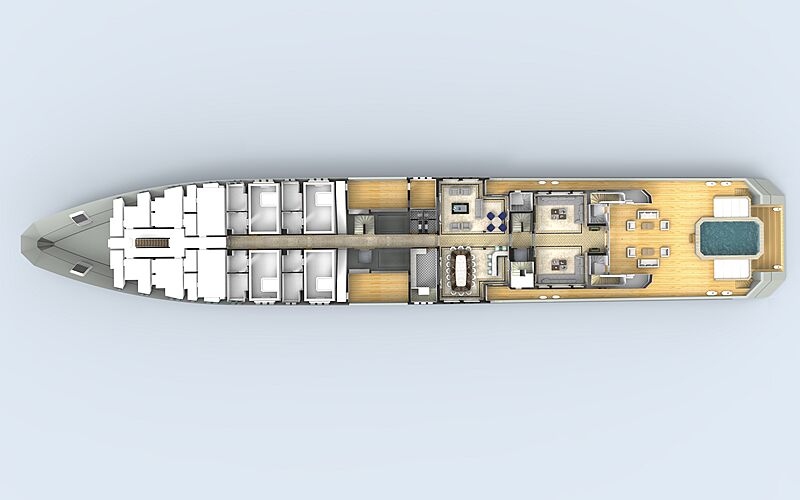 The concept features a large master stateroom, complete with a separate office and living space, which opens up to a private foredeck with a Jacuzzi, sunbeds and additional seating. Further guest accommodation is found on the upper deck amidships, each with its own en suite bathroom and closet. To the stern, there is an additional al fresco lounge. The explorer concept can accommodate as many as 18 guests on board. 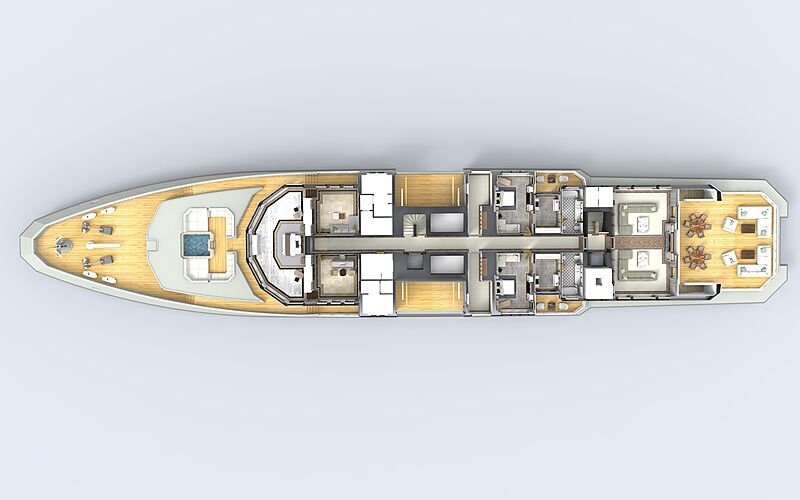 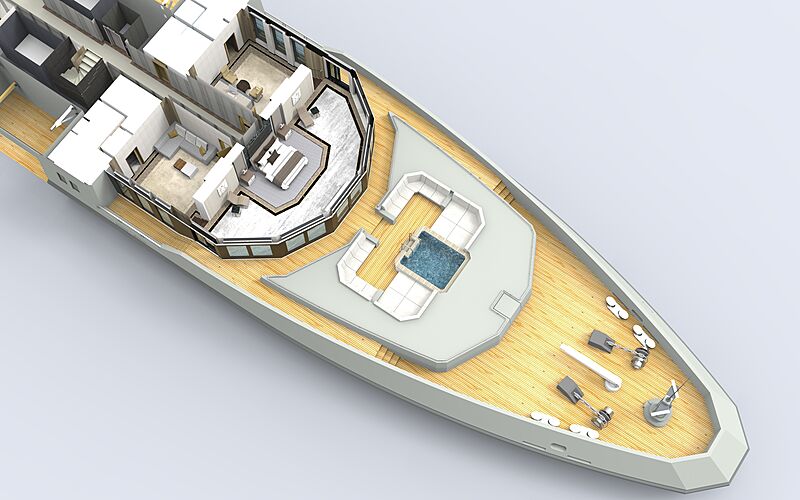 Her bridgedeck is home to additional guest staterooms as well as a second saloon with a bar and two L-shaped seating areas. Further, there is an exterior lounge, which can be accessed from the bridgedeck saloon. 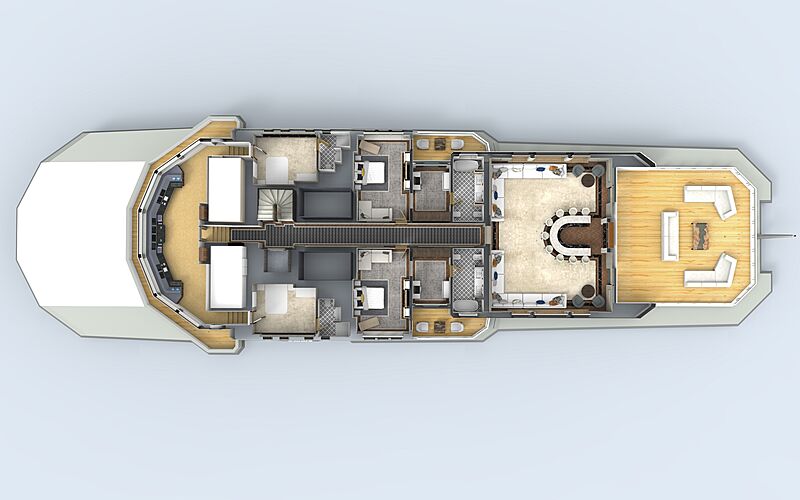 The 90-metre superyacht’s exterior aesthetic is characterised by sharp and angular lines. She will feature a steel hull and an aluminium superstructure and will cruise at 15 knots. 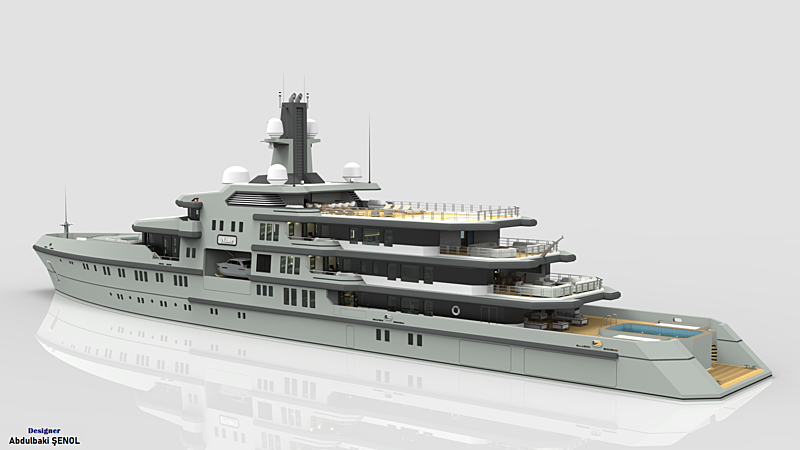