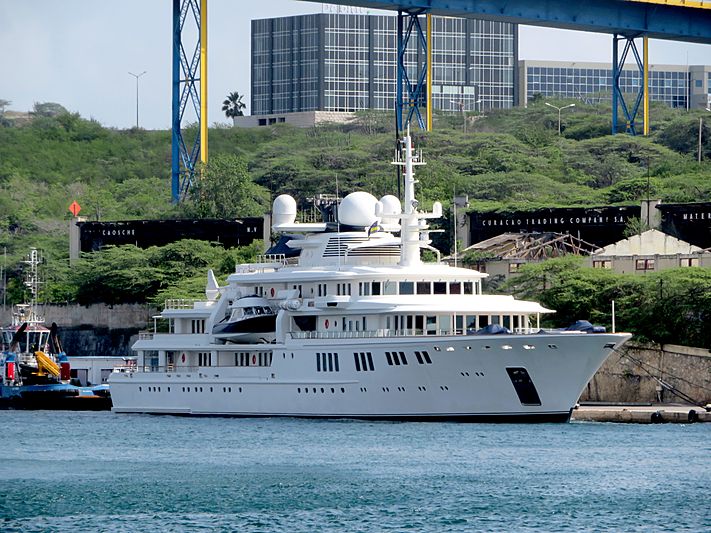 Photo: SuperYacht TimesSitting at a 92.42-metres in length, Tatoosh was Nobiskrug’s first superyacht delivery. Tatoosh was built for cruising independently and accessing some of the world’s most remote locations, including the Pacific and Indian Oceans, with her late owner and has been spotted everywhere from Trieste, Italy to Willemstad, Curaçao, where this photo was taken on Christmas Day.

At a massive 3,229 GT, Tatoosh can cruise at a maximum speed of 19 knots. Her exterior design and naval architecture were created in a collaboration between Kusch and Studio Yacht, while her interior is the work of Terence Disdale. She boasts a master suite, seven double cabins and two twin cabins suitable for up to 20 guests who are taken care of by a crew of 35. Additional amenities include a helipad and a large swimming pool on her main aft deck, all of which have been frequently maintained and refitted through the years since her delivery in 2000.

Insight: A conversation with Terence Disdale