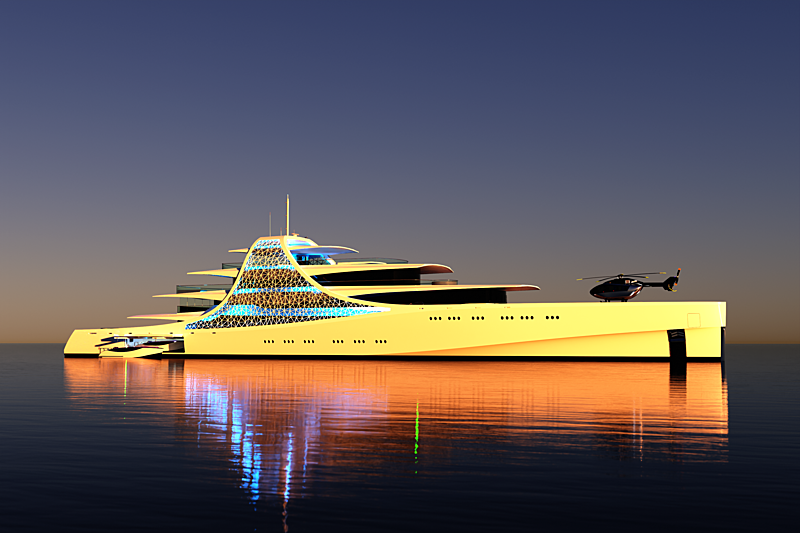 Project Crystal, has been named after her defining design feature, the crystal-like lattice encompassing her superstructure. Nick Stark, stylist and naval architect of Nick Stark Design, comments, “We wanted to create an aesthetic that is celebratory. The lines flow up and across, both lifting our gaze and also guiding it to what is around us: the people, the community and the environment". 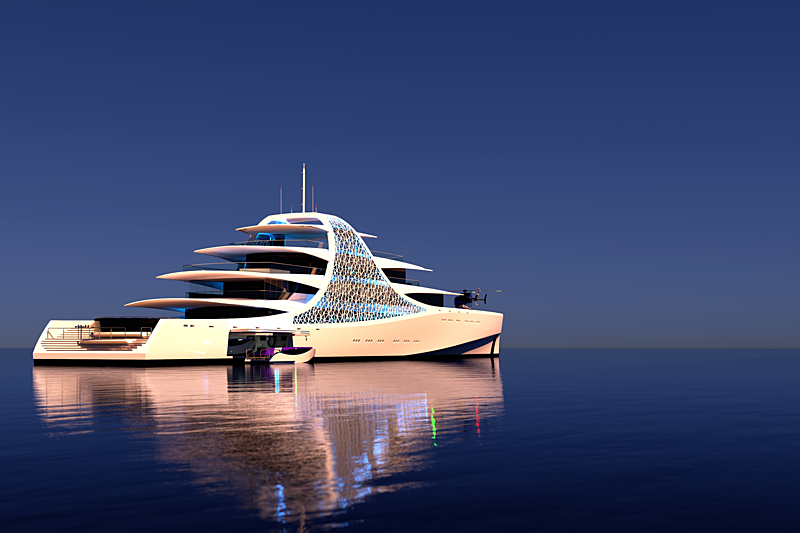 Her sleek hull design has been implemented to optimise her hydrodynamics. In place of traditional satellite domes, she features an antenna system, which integrates with her exterior lines. 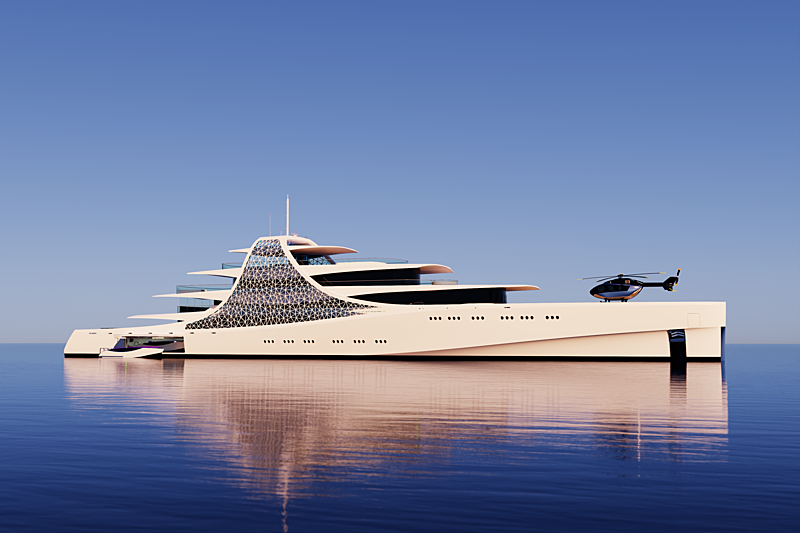 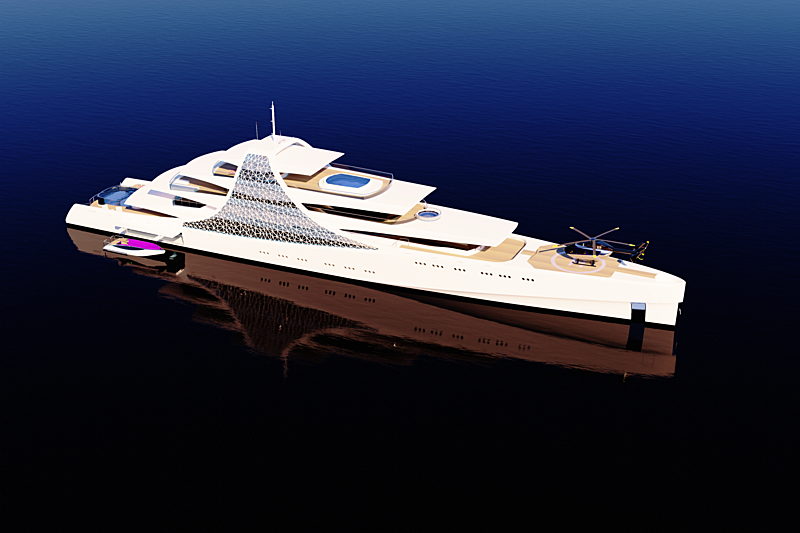 The 2,500 GT superyacht features a helipad on her foredeck as well as three separate pools on board, consisting of a private Jacuzzi on the owner’s deck, a spa pool with a glazed floor on the sun deck and a pool on the aft deck. The glazed floor of the sun deck’s pool provides an atrium-like effect to the owner’s quarters, located underneath. 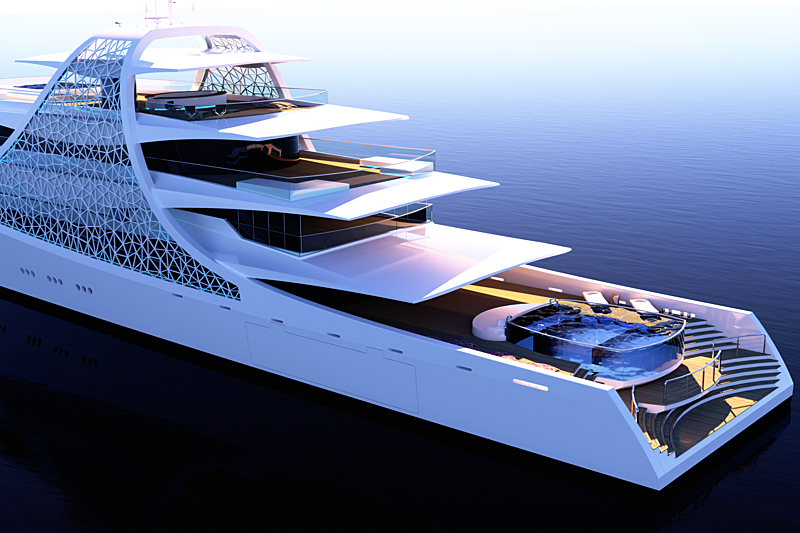 Nick Stark comments, "The feeling of sanctuary is central to the design—we have aimed to create a safe, relaxing space that is beautiful to approach and beautiful to experience on board." 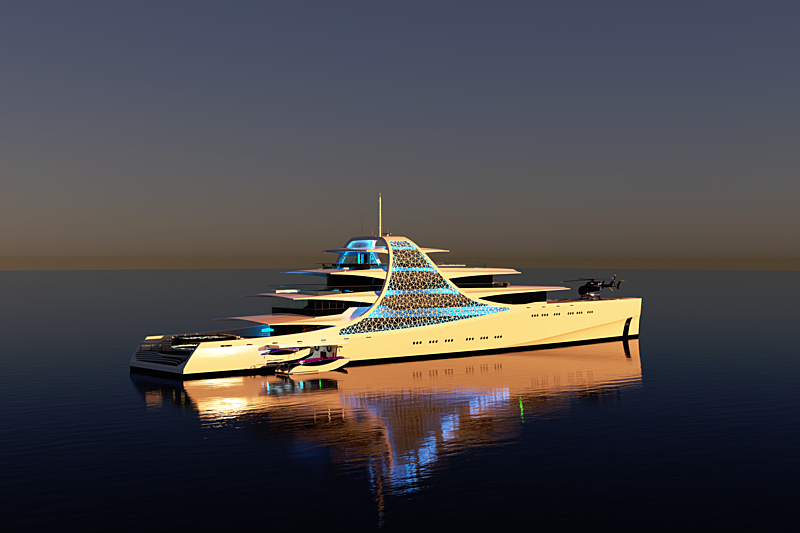