The 95.2-metre Lürssen superyacht Kismet was seen in the Italian town of Taranto earlier this week where she was being filmed during a high-speed chase by a swooping helicopter. The yacht is believed to be as a star in the new Michael Bay film, 6 Underground set to be released sometime next year.

Kismet was listed for sale by Moran Yacht & Ship for an undisclosed amount, days ahead of the 2018 Monaco Yacht Show last week where she spent part of the show at anchor outside Port Hercule. Kismet was launched in 2014 as Project Global for an experienced superyacht owner and repeat Lürssen client, and features a glistening golden exterior design by Espen Oeino International as well as an interior of the drawing boards of Reymond Langton Design. 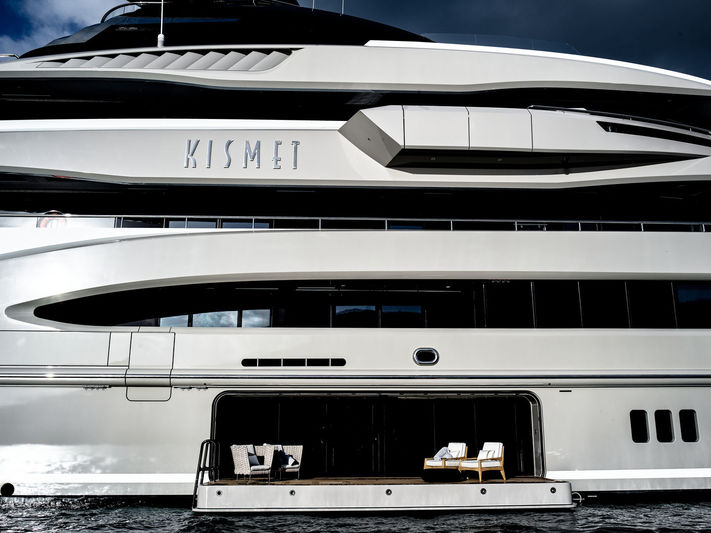 In Pictures: Superyachts arriving for the 2018 Monaco Yacht Show