Nick Stark Design has just released the details of his latest design concept the 98-metre superyacht, Project Wave. The announcement of his latest design follows in the footsteps of the designer’s series of support vessels, the Constellation Series, and a 53-metre, high performance hybrid yacht. 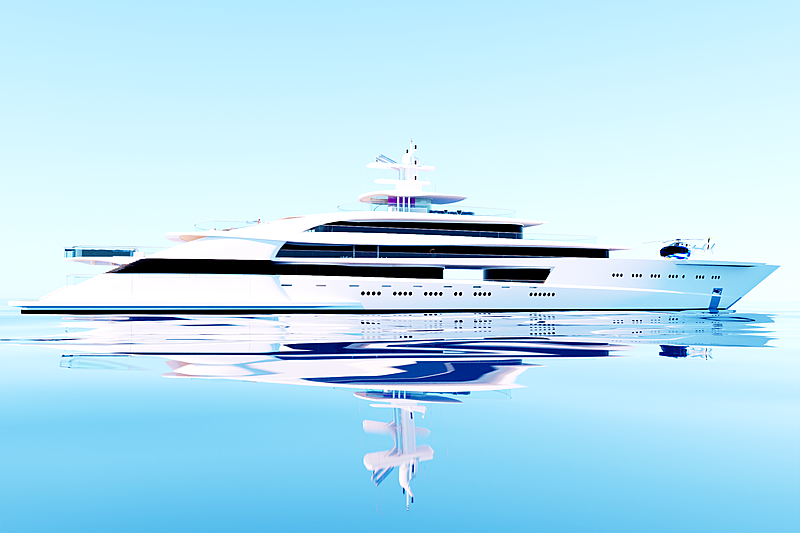 The superyacht’s exterior is characterised by the flowing lines of her superstructure. The Australian designer commented, "One of the challenges of large-volume yacht design is to not simply create a monolith. The superstructure is comprised of a collection of individual spaces, with volumes that both depart from and reinforce the overall lines of the vessel. The design thus provides intimate spaces amongst the enormous size of the yacht.” 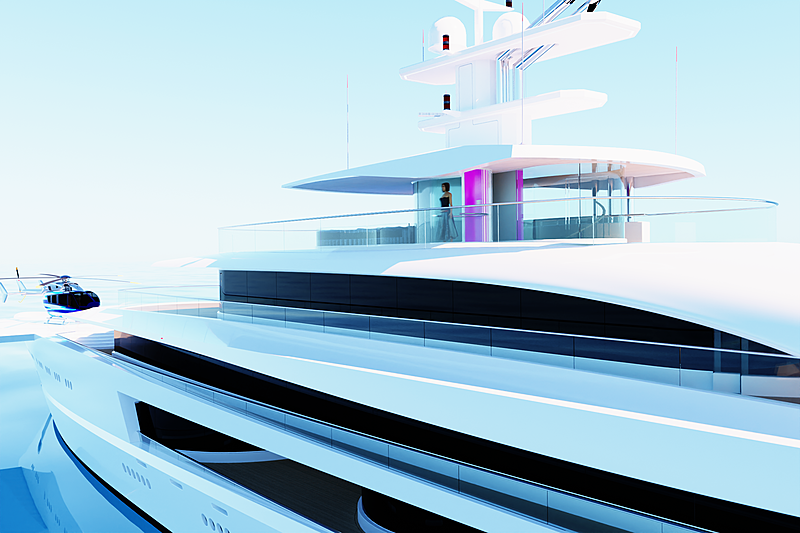 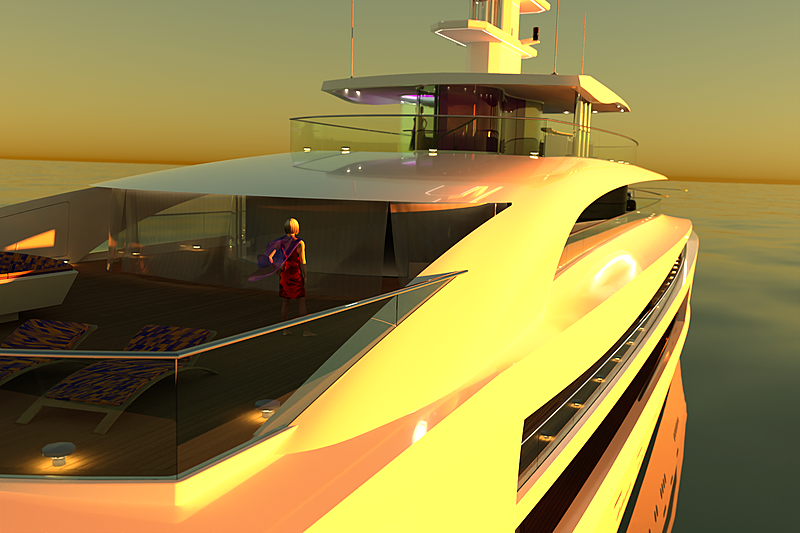 The owner and guest accommodation areas have been designed to prioritise the superyacht’s natural surroundings. The owner’s accommodation, situated in a private, designated owner’s deck is complete with full-beam doors, which create an uninterrupted connection between the interior and exterior. Each of her decks can be accessed via a glazed elevator at her port. 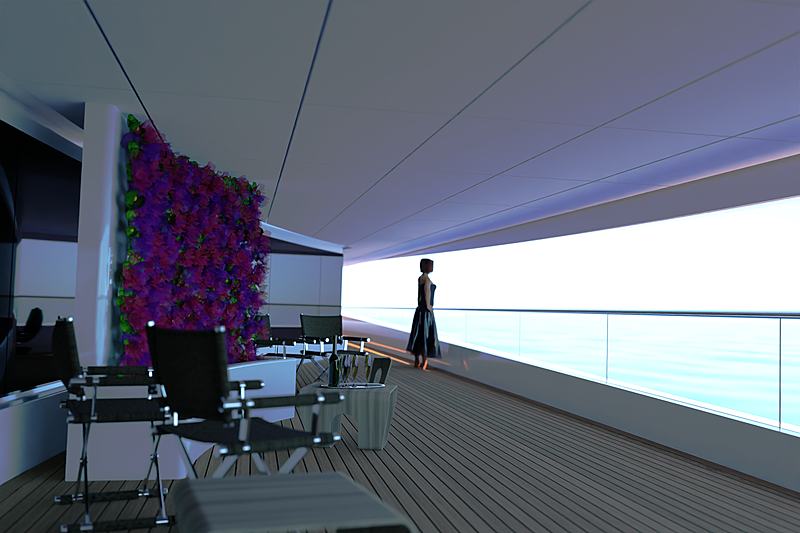 In addition to the high-volume superyacht’s interior, Project Wave sports plenty of deck space. Situated to the aft is the superyacht’s wellness centre, which is complete with a glass-bottomed pool. Another notable feature is her garden, situated amidships, which can be used as both an entertainment and relaxation area. 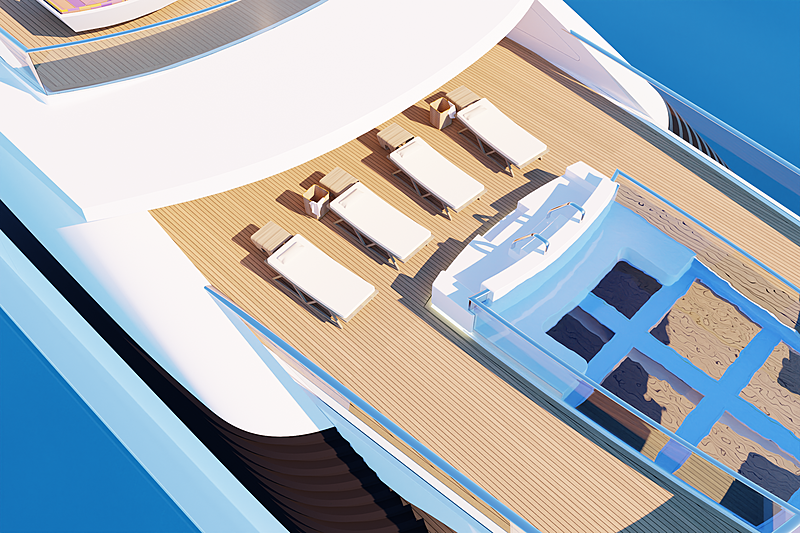 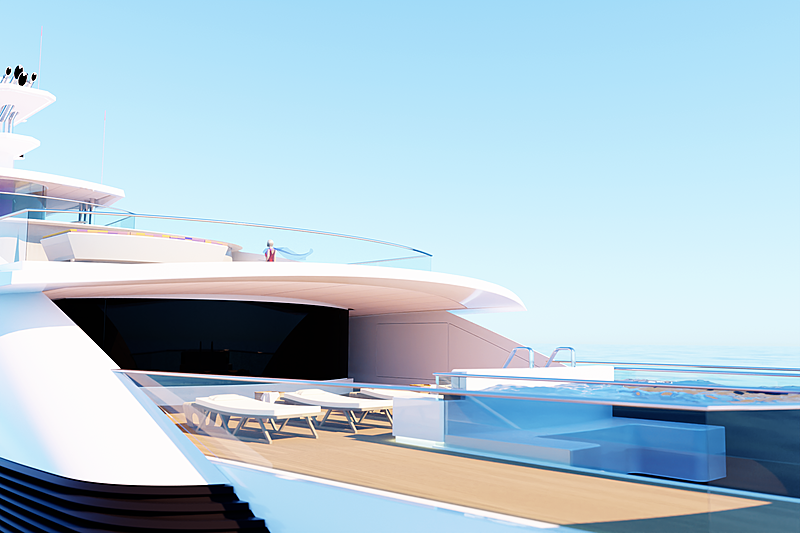 Guests can arrive aboard Project Wave via helicopter, which can land at her folding helideck, situated to her bow. She is complete with a wide range of tenders and toys in her garage, located to the aft. 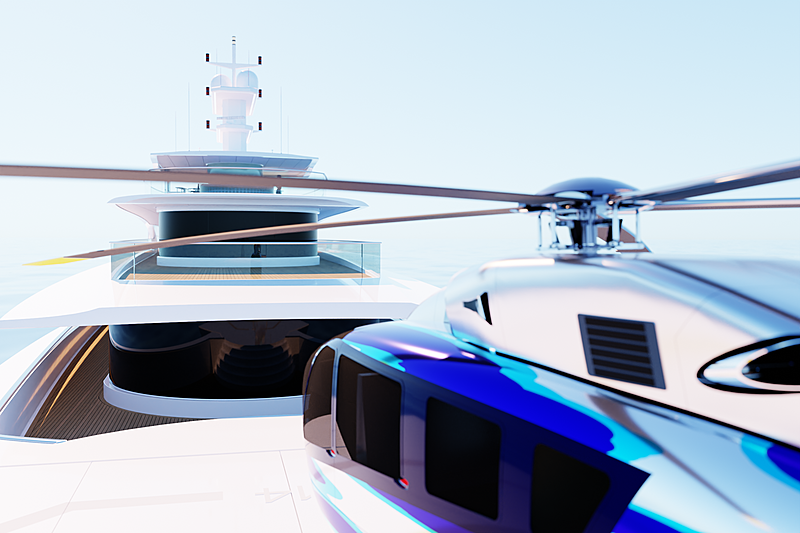 The superyacht can be outfitted with a hybrid propulsion system, which contributes to a reduced environmental footprint. While cruising at low-speeds, the hybrid system allows for a silent ride, increasing comfort aboard. 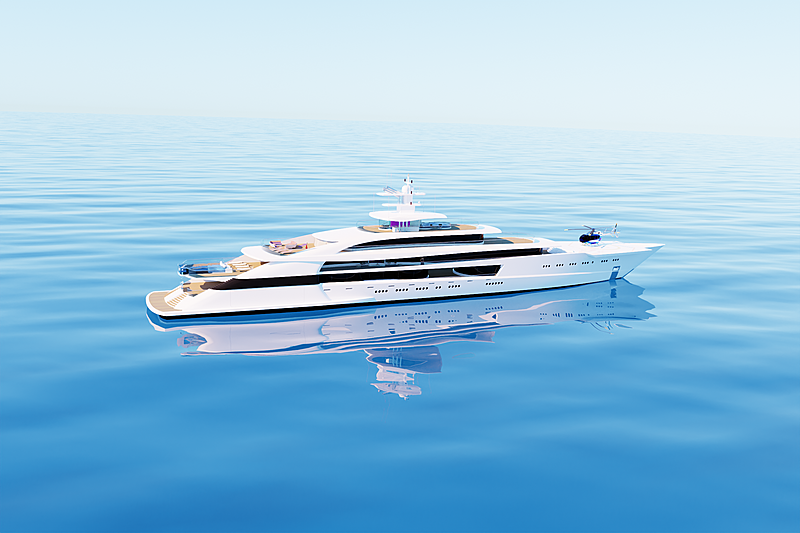