Built by the Dutch shipyard Feadship in 1979, the 60.55 metre superyacht Kingdom Come (ex: Diana II; Dianamara; Nara) completed an extensive refit last year, in which she was extended in the rear of the vessel and all of her technical systems were replaced. Furthermore, she also received a full new luxurious interior, which has completely modernised her whilst retaining a sense of opulent uniqueness. 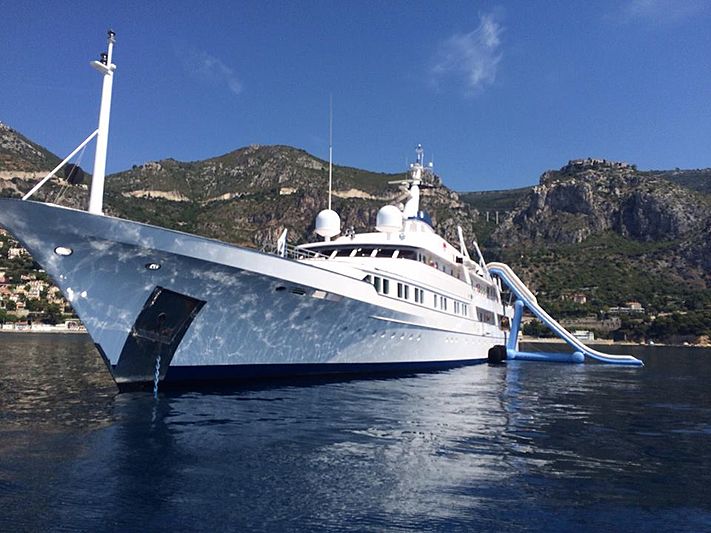 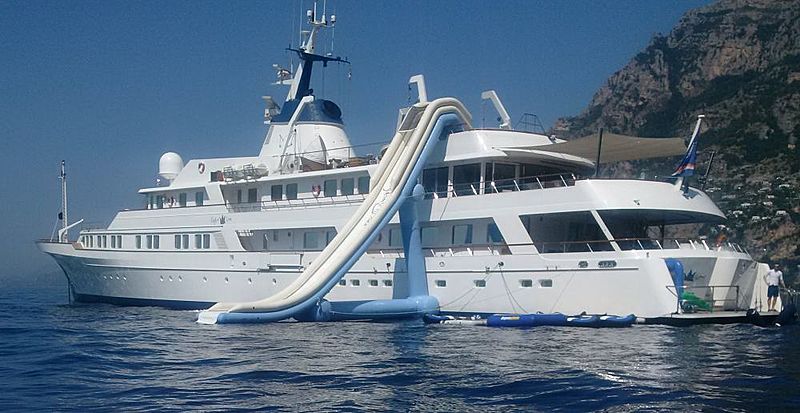 On board she accommodates a total of 18 guests over nine well-appointed en-suite cabins, consisting of a large master suite, a VIP stateroom, six double and two twin cabins. A crew of 20 is also accommodated for to ensure a smooth and relaxed experience on board. Her large guest spaces both inside and out make her an ideal family-orientated vessel. 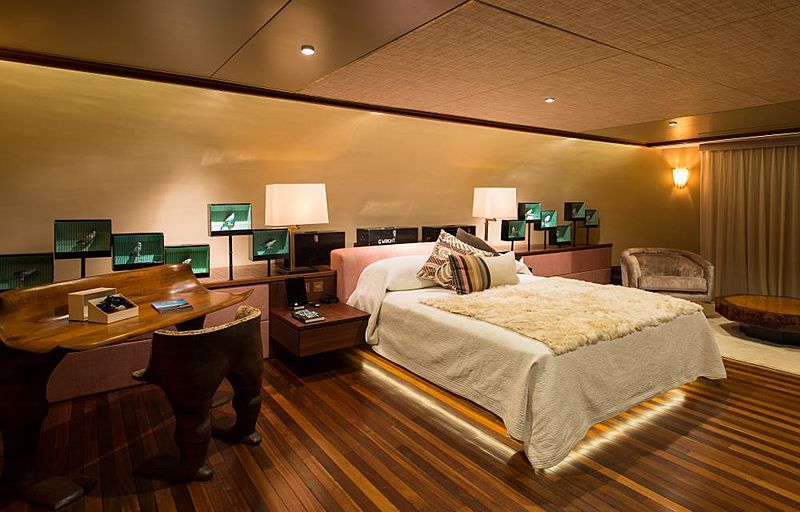 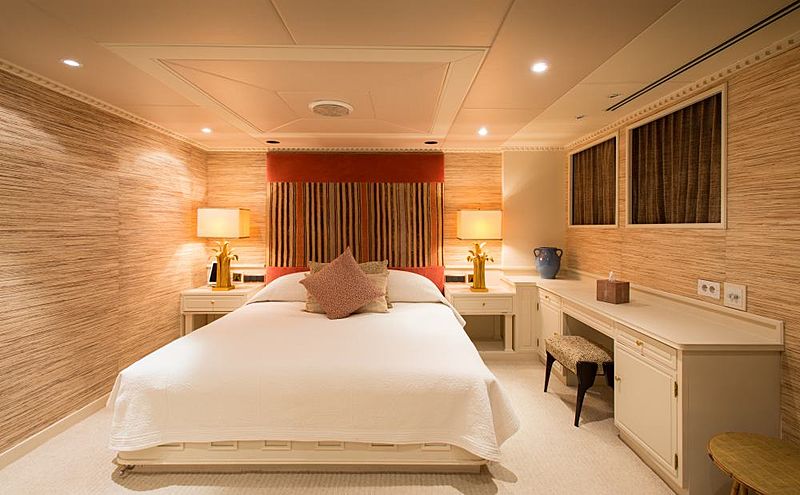 Amongst just some of her most interesting interior details are found in stunning touches like leather staircases, reconditioned wood flooring from a British bank, the use of natural materials, consistently eclectic yet chic furniture and overall inspired design. Within the refurbished bathrooms, the original Egyptian marble that was used when she was launched almost four decades ago has been seamlessly incorporated into her new design. 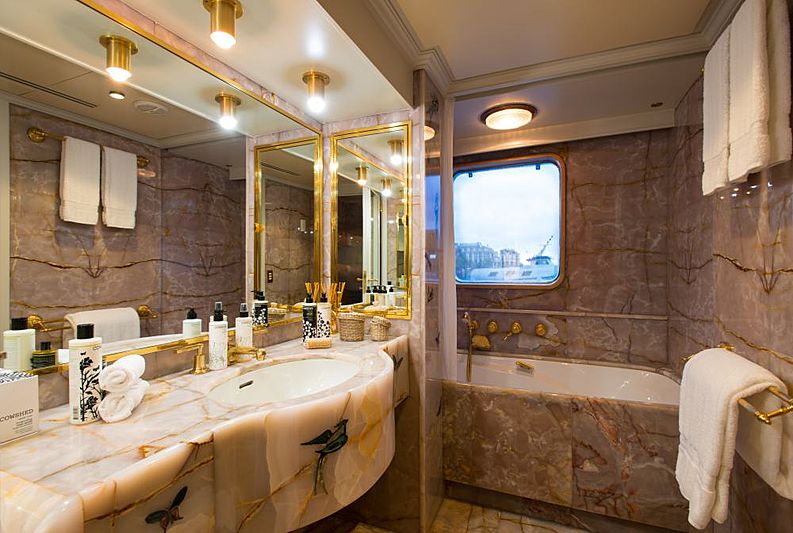 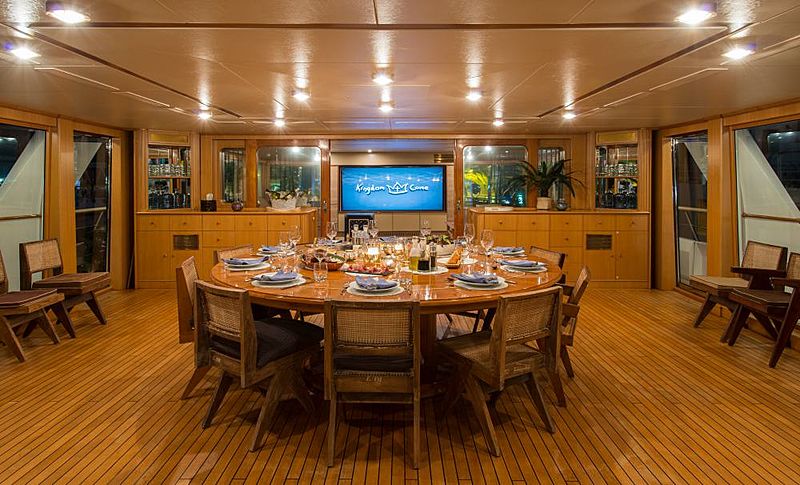 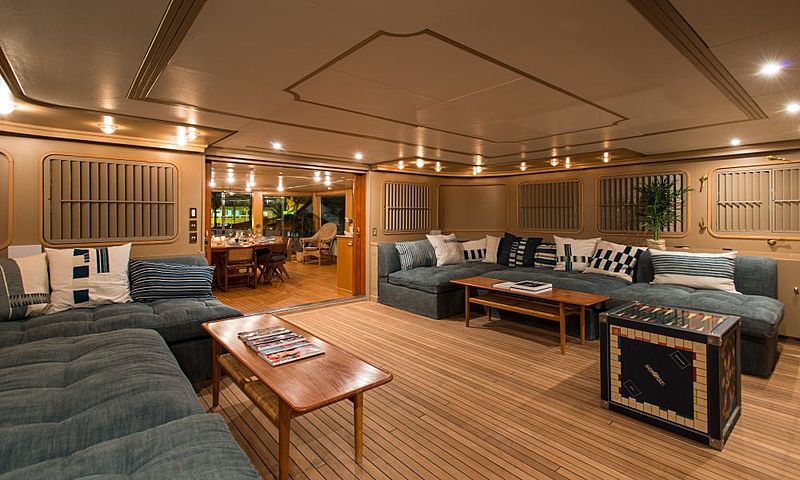 In regards to her outside spaces, the sun deck is impressively spacious, featuring plenty of comfortable sun loungers, state-of-the-art gym equipment, a built-in customised BBQ area, a large Jacuzzi and a dance floor.

In addition to a wealth of special features and amenities on board, she also comes with a wide range of tenders and toys, including a Master Craft tender, a Custom Royal Denship 8 metre tender, an Evolution 10 jet tender, jet skis, two Vespa mopeds, an inflatable assault course, five kayaks, and four complete sets of scuba diving kits. 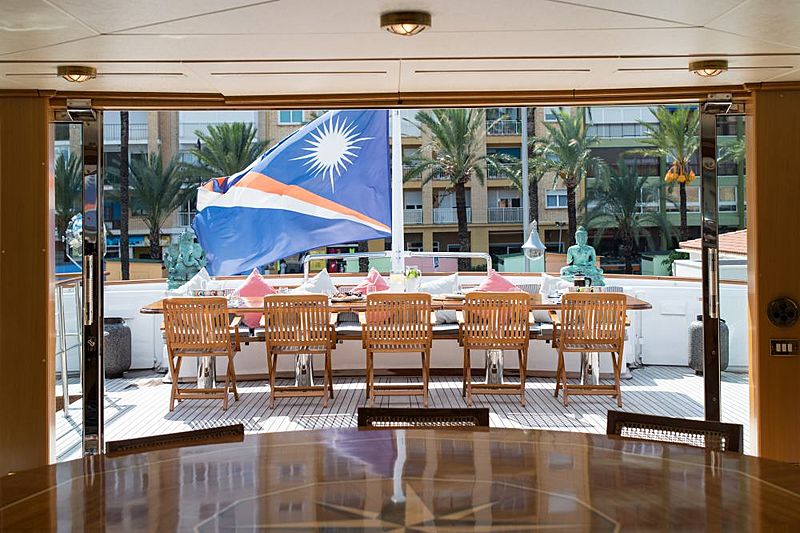 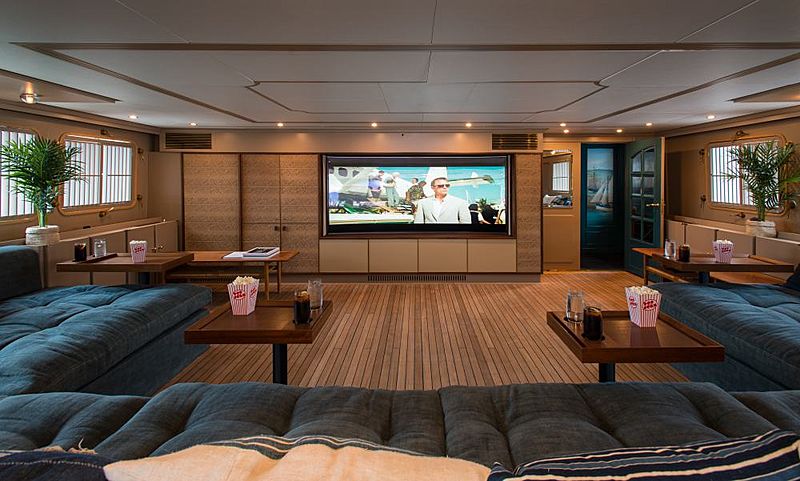 She was originally designed by De Voogt Naval Architects, with an interior from Larvor. She has enjoyed an interesting and elevated status in regards to ownership since her build, originally being commissioned by a member of the Mercedes-Benz family before the late Lebanese prime minister purchased her. 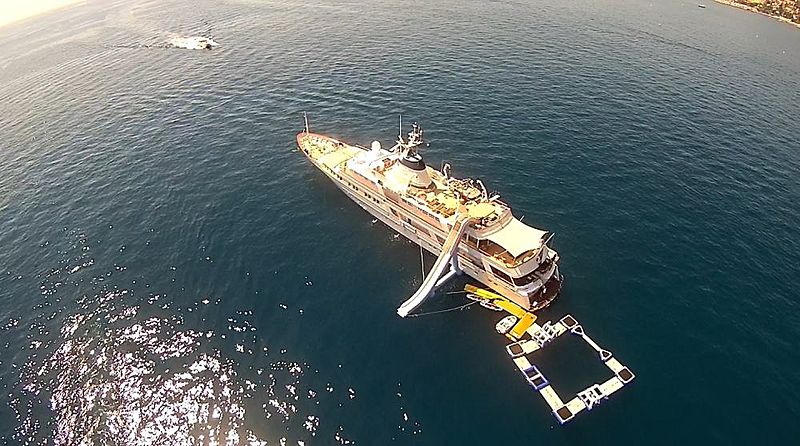 In regards to her performance, she is powered by twin MTU engines which provide her with a cruising speed of 16 knots. She has recently undergone her Lloyd’s special survey, as well as having her quantum stabilisers fully serviced. 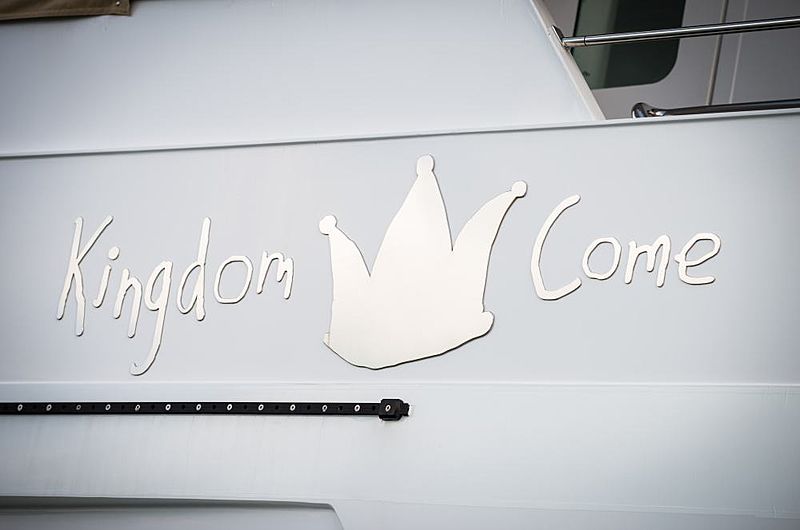 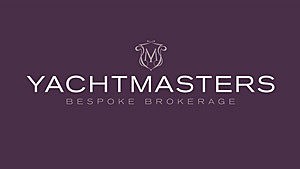