Home > News > A closer look at the history of Riva

Riva is one of the most famous yachting brands in the world, best known for its iconic series, such as the 100' Corsaro and the 110' Dolcevita that capture the Italian style of yachting and the good life it goes hand in hand with. However, in spite of Riva’s success not many people know the history behind this iconic shipyard - even though the Italian brand has been building ships for more than 170 years. Here we take a closer look at how the company came to be one of the most recognised brands in the industry today. 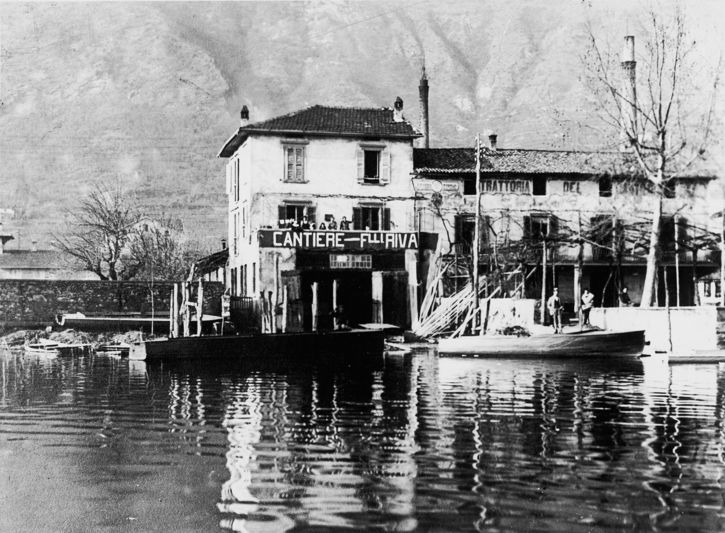 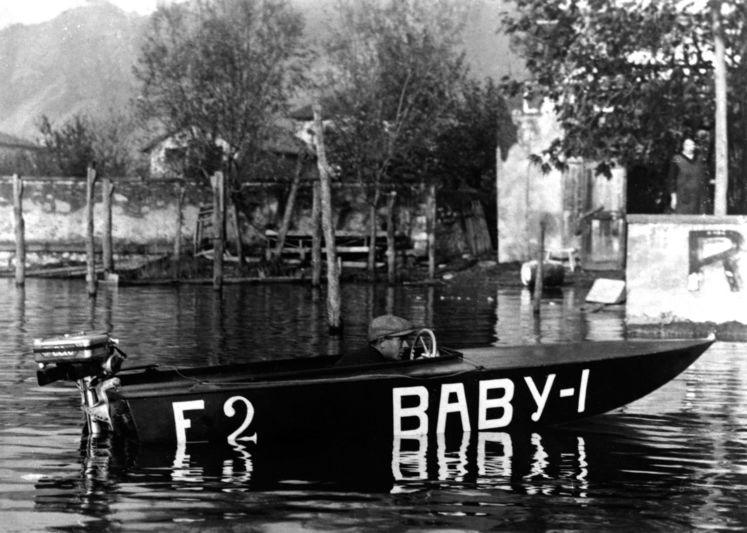 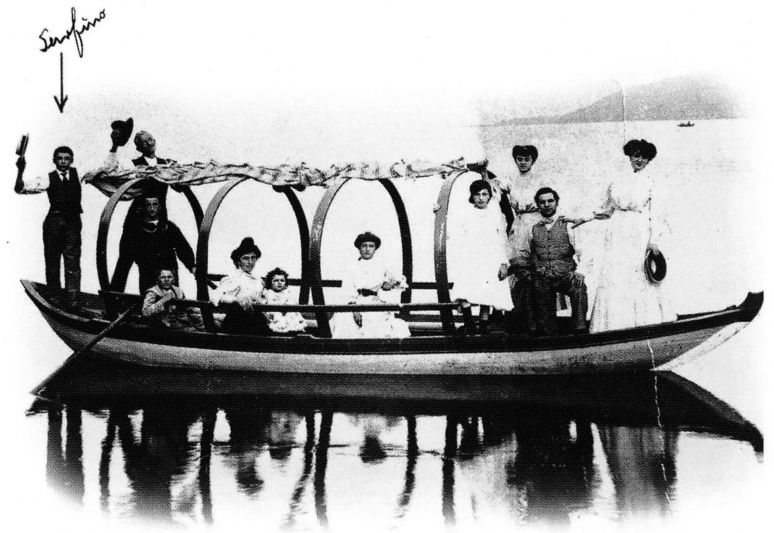 Photo: RivaRiva was founded back in 1842 on Lake Iseo, in Sarnico-Italy following a sudden storm. Local fishermen were shocked when they saw the damage caused to their fleet and banded together to convince a young shipbuilder to repair their vessels. The craftsman, who had recently moved to the region from Laglio, was none other than Pietro Riva. After winning the trust and respect of the locals once he fixed their boats, he began his shipyard, Riva. The first boats made by Riva were launched in the region on the lake and the shipyard rapidly established a reputation thanks to its stylish and high-quality boats. The shipyard continued to flourish under the guidance of Ernesto Riva, Pietro’s son, who introduced internal combustion engines on Riva boats, paving the way for passenger boats and large cargo to cruise the lake. 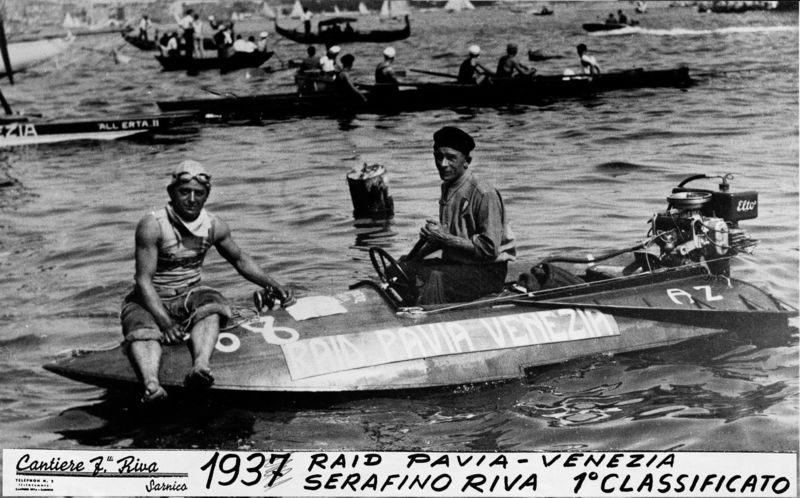 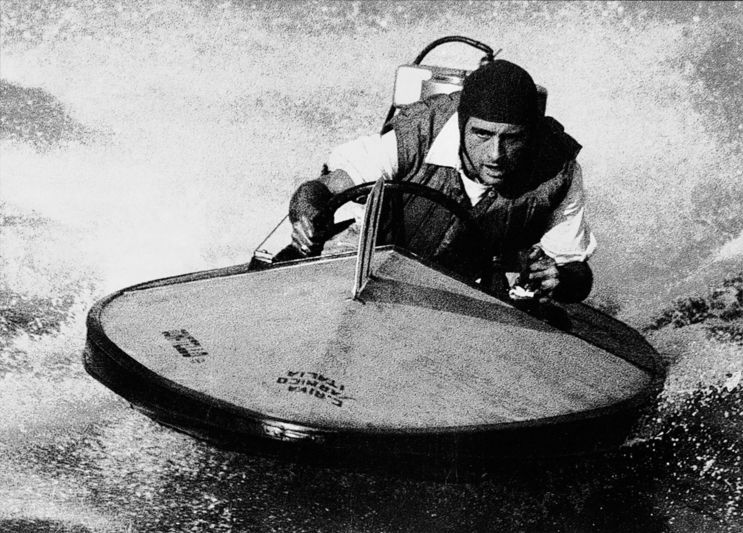 Photo: RivaHowever, it was not until after World War I that Riva became the brand we know today, when Serafino Riva, Ernesto Riva's third-born son, began imprinting Riva products. This marked a turning point in the shipyard’s history, as Riva also started moving away from the production of transportation vessels to power boating. Serafino Riva focused on building motor power boats, promoting leisure crafts at speedboat races. Riva went on to make a number of racing yachts between the 1920s and 1930s, which set a number of records in both international and national competitions, capturing the attention of the entire boating industry. 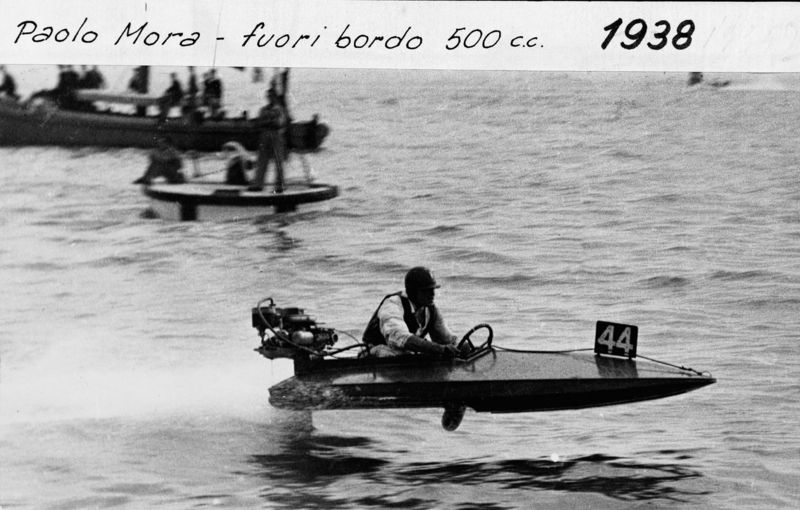 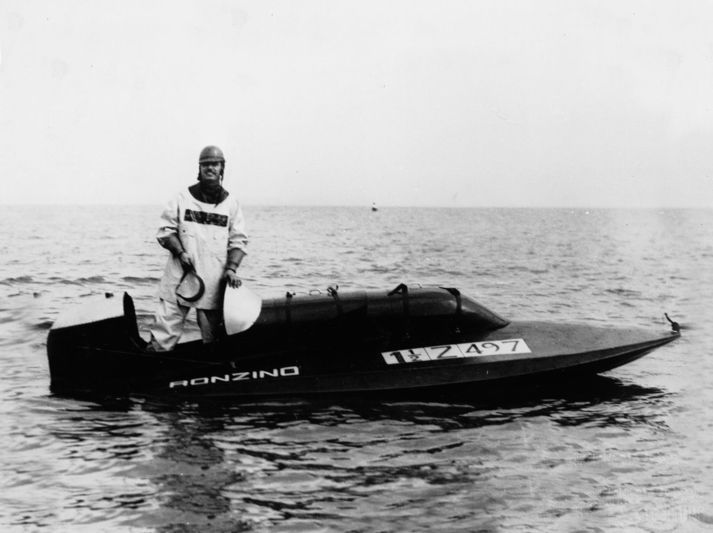 Photo: RivaLater on in the 1950s, Carlo Riva, son of Serafino Riva, elevated the shipyard’s reputation even further by only using materials of the highest quality for its vessels, taking care of the smallest detail and focusing on Riva’s expertise and craftsmanship. Riva’s vessels quickly became objects of luxury and desire for the successful and wealthy and the shipyard started working with designer and architect Giorgio Barilani in 1956. Carlo Riva also foresaw the importance of speed and agility in the industry, driven by the Italian industrial revolution, and created a series of wooden yachts which were characterised by one-of-a-kind design features. These included the Ariston, the Tritone (the first two-engine yacht), the Sebino (which marked the beginning of series production), and the Florida. 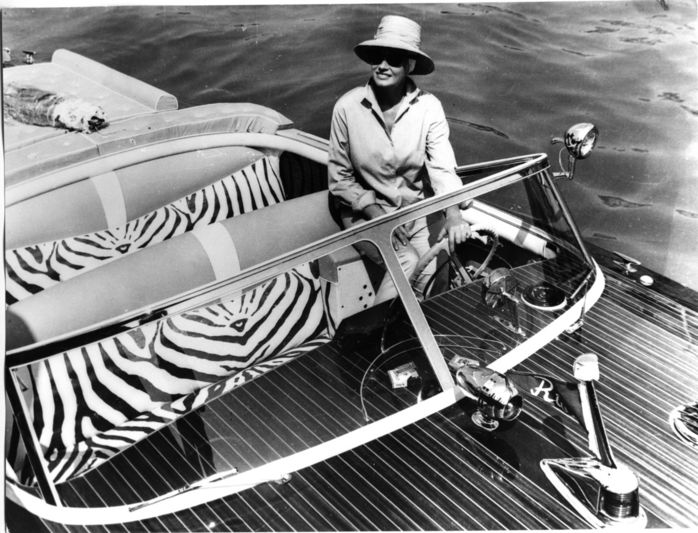 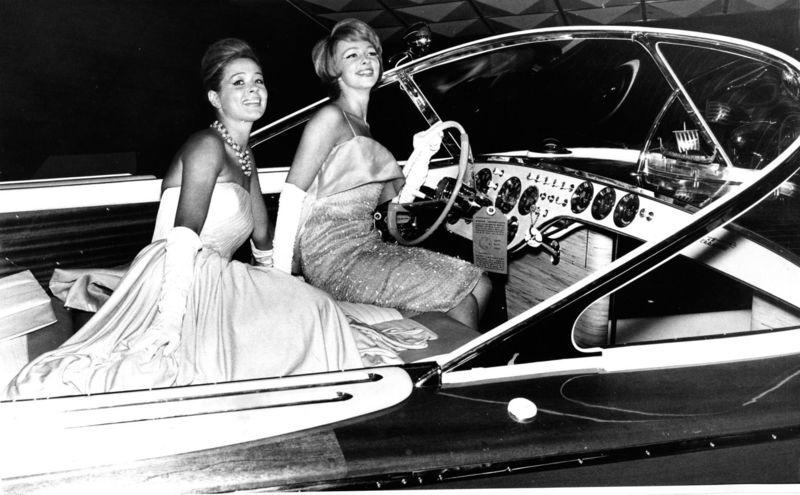 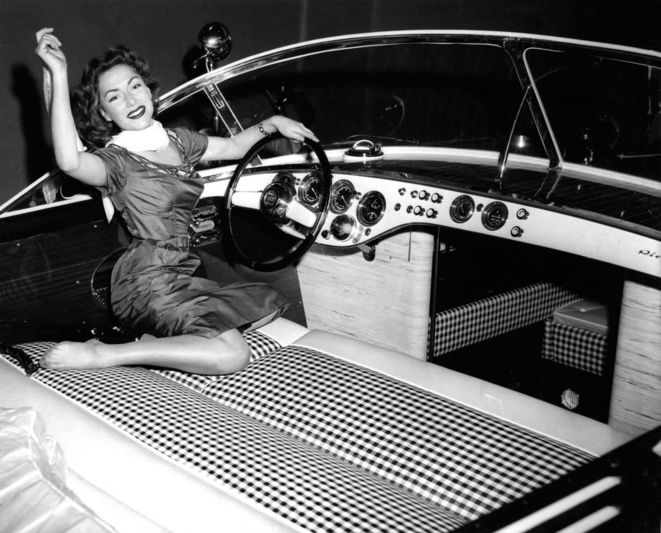 Photo: RivaAwarded the prestigious Pioneer of Boating award by Ucina two times, Carlo Riva has been praised by many for inventing, developing, drawing and creating Italian Style motorboats. Throughout the 1950s Riva became widely known for the elegance of form, excellent safety features and mahogany racing boats. But, it was in November 1962 that the real legend behind Riva was born: the Aquarama. Presented at the third International Nautical Fair in Milan, the yacht quickly became a symbol of Riva’s excellence. The name of the vessel was inspired by the Cinerama system, the American experimental wide screens and its slogan featured keywords like: “Sun, sea, joie de vivre!” Aquarama’s prototype was the Lipicar no.1, the successor to the Tritone, measuring 8.02 metres in length and 2.62 metres wide, powered by twin 185 hp Chris-Craft engines, with a speed of 73 km/h. 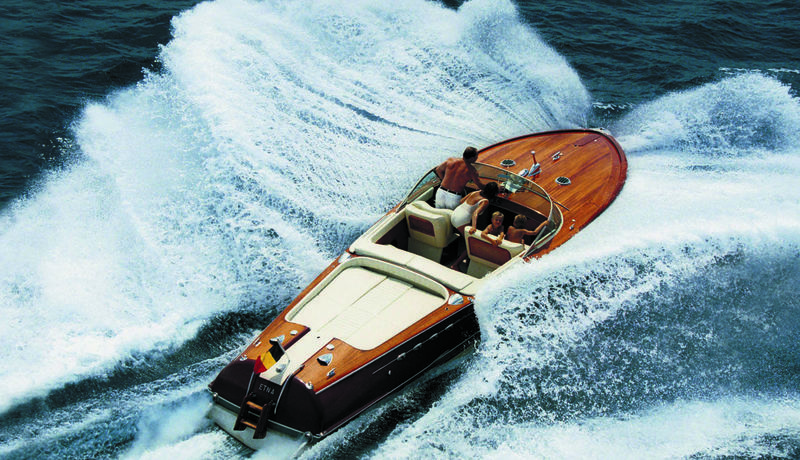 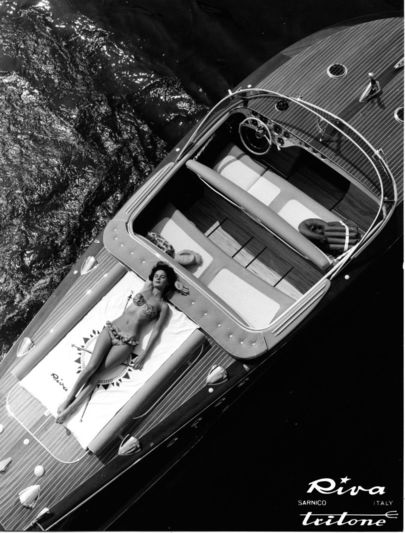 Photo: RivaFive years later in 1969, Riva hit another milestone - the start of its fibreglass production. Riva unveiled its first two models crafted from composite material, the day cruiser Bahia Mar 20’ and the cabin cruiser Sport Fisherman 25’. Both models feature wooden details, in line with the brand’s traditional style. However, in spite of the success of its fibreglass models, Riva’s production of wooden runabouts continues until 1996, which is when the last Aquarama Special, hull 784, was built. In September of the same year, 1969, Carlo Riva sold the shipyard to an American company, Whittaker, but maintained the role of Chairman and General Manager, until his resignation in 1971. These roles were then taken on by his partner, Gino Gervasoni. 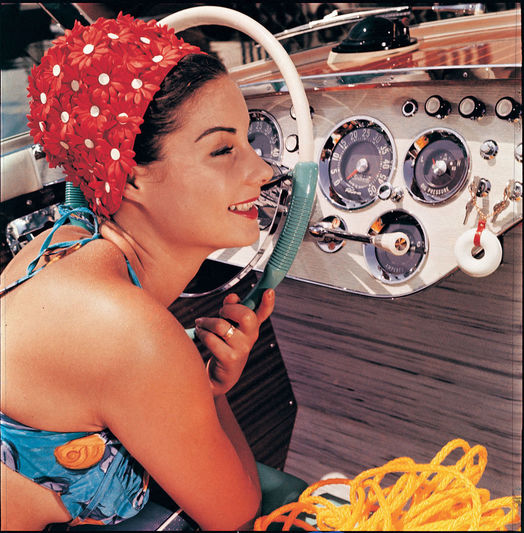 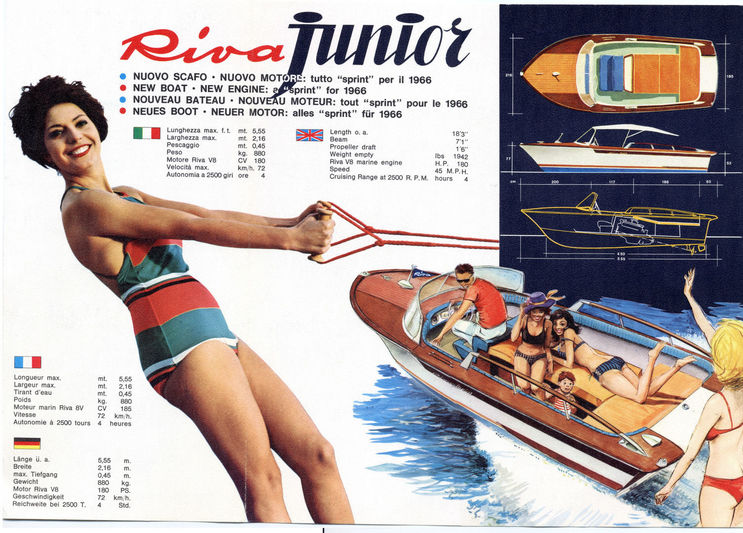 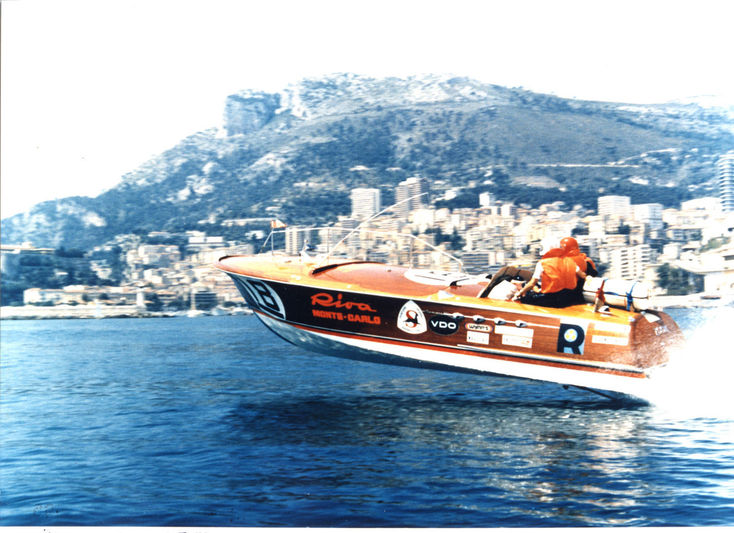 Photo: RivaIn 1989, twenty years later, English Group Vickers purchased 100% of the shares of Riva and one year later Gino Gervasoni left the shipyard after 41 years, marking the end of the Riva family presence within the Italian company. Nevertheless, the shipyard continues to maintain the values ingrained into the company by the founding family to this day.

In 1991 Riva showcased the 58’ Bahamas at Genoa International Boat Show, the first yacht designed by Mauro Micheli. Nine years later Riva returned to its Italian roots when the Ferretti Group acquired the shipyard on May 1, 2000, from British finance firm Stellican-Investment Bank. Norberto Ferretti took charge of the company and developed a plan to relaunch both the brand as well as its product, focusing on quality, design and style. 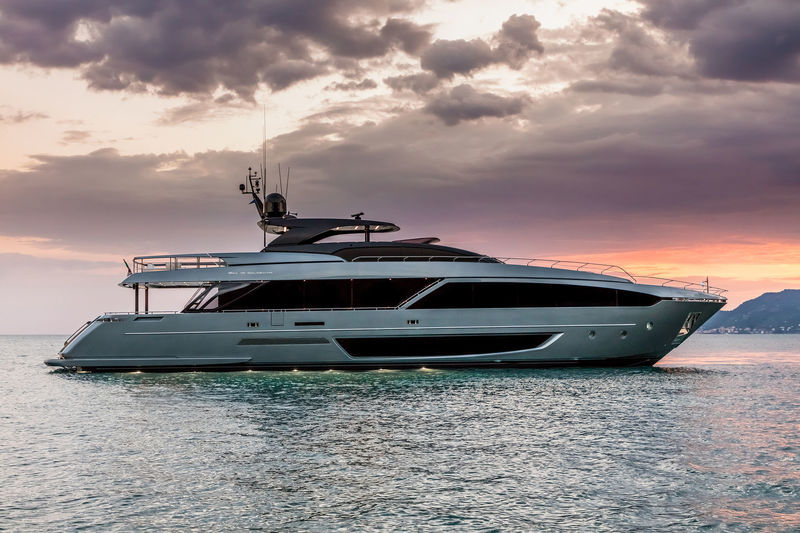 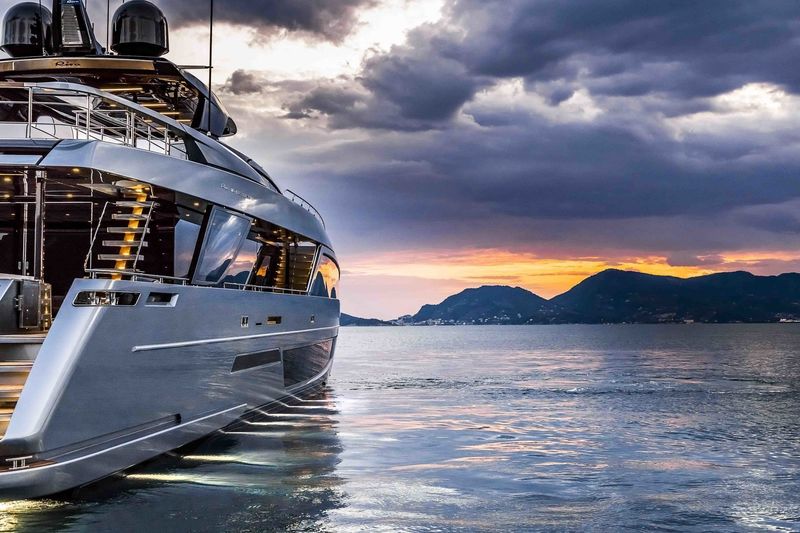 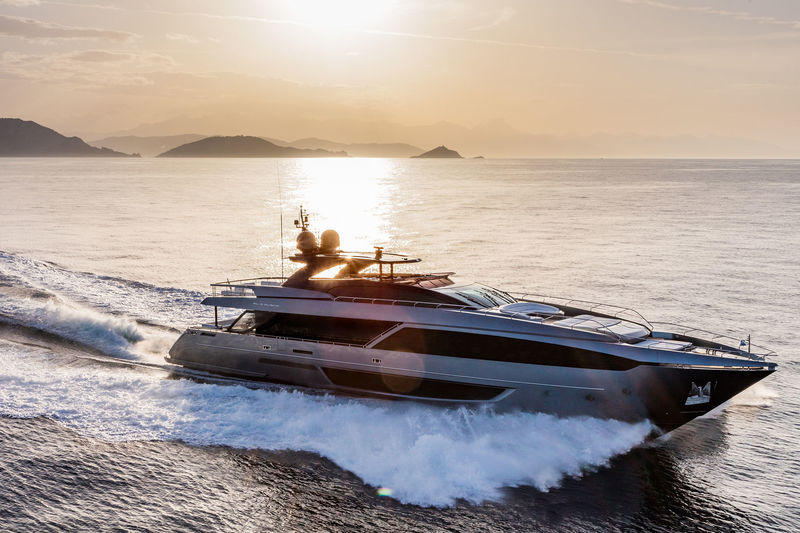 Photo: RivaNow, more than 175 years since its foundation, Riva continues to flourish, building larger and more extensive superyachts than ever before. The ongoing success of the Italian shipyard is attributed to many factors, in particular, its passion for developing quality, stylish and elegant vessels. A Riva yacht is always instantly recognizable, as the shipyards roots are intertwined with tradition, innovation and love for crafting unique motorboats. Today, the unmistakable fleet Riva includes the flagship series 110’ Dolcevita, 100’ Corsaro, 88’ Florida, 88’ Domino Super, 76’ Perseo, 76’ Bahamas, 66’ Ribelle, 63’ Virtus, 56’ Rivale, Rivamare, Aquariva Super and Iseo.

First look: on board the new Riva 110 Dolcevita

Exploring a History of Yachting