At the Monaco Yacht Show, Feadship unveiled its latest Future Concept, an annual exploration by the brand’s designers and naval architects into the requirements of the next generation of superyacht owners. Relativity has been created with a particular ‘client’ in mind as Feadship speculates on how Albert Einstein might have used a Feadship to spread the message of knowledge and innovation around the globe. 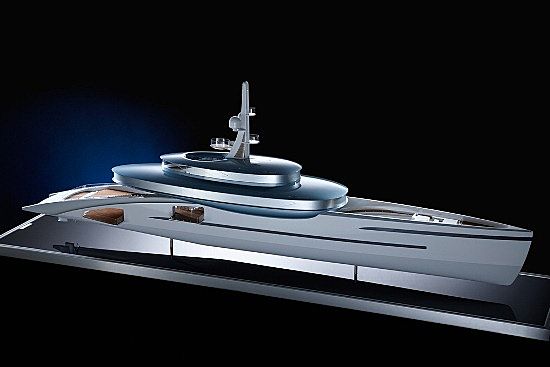 By generating a design for a specific individual, Relativity is a clear departure from previous successful Feadship Future Concepts such as X-Stream, F-Stream, Aeon, Breathe and Qi. These were built with the generic requirements of a wide range of conceivable owners in the coming decades based on detailed market research. By taking the possible desires of a famous person from the past as the template, Relativity allowed the Feadship designers to hone in on specific areas in the same way that they do for individual owners in their everyday life. 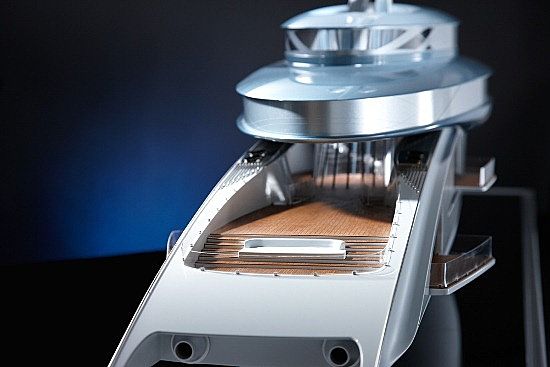 “Client privacy is of paramount importance to us at Feadship and we can rarely if ever divulge the input that was given to us for any of our custom motoryachts,” says Francis Vermeer, head of marketing at Feadship. “Each and every Feadship is a reflection of the bespoke wishes of the people who commission her, and these briefings remain confidential. With the Relativity project we were able to share in a fun and informative way the processes involved in designing a Feadship before the contract is even signed.”

“By combining this with the Future Concept philosophy, which already gives our people a license to think way outside the box, we have created an ingenious proposal that will entice others to pick up some of the ideas and run with them. One of Einstein's many famous quotes is that ‘imagination is more important than knowledge’. With the Relativity concept, Feadship offers a theoretical blend of innovation and know-how that could be transformed into reality with a client who shares our ambition to push the window of potential.”

While we all know that Albert Einstein was a brilliant scientist, fewer people are aware of his great passion for sailing and owned various yachts in his lifetime. “What this eminent man would have made of a 21st-century Feadship we cannot say,” adds Vermeer. “But as we worked on the Relativity project we're pretty sure that he would have found it a great experience. Mr Einstein was famous for having a sense of humour and it was great fun to speculate how he might have criss-crossed the oceans with his fellow scientists on a Feadship and disseminate knowledge to an expectant world.”

One of the key parameters in this latter objective has been fulfilled by the layout of Relativity. Her futuristic, organic drop-shaped superstructure contains different decks that meet the distinctive uses for which she is designed. There is an open-plan Society Deck, which contains a special auditorium for giving presentations in a dynamic and creative environment. 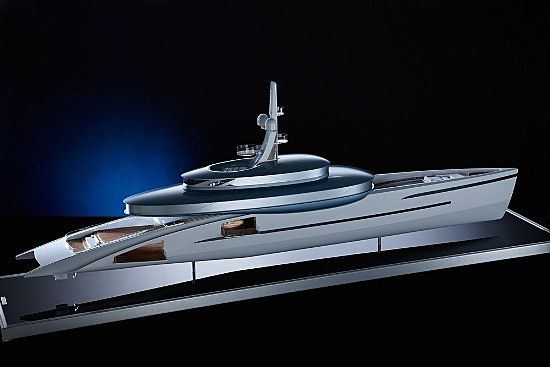 The Society Deck also includes the main and crew entrances, with large fold-down platforms. An abundance of outdoor deck space will allow people to take time out to consider what they have taken onboard from the think tank within. A special Infinity Path winds around the deck for those who prefer to pace around while contemplating matters and there is also a conference room for discussing the ideas that emerge One deck above is the Intelligence Deck, a functional zone designed around the requirements of the wise men and women who will accompany the owner on this travels. 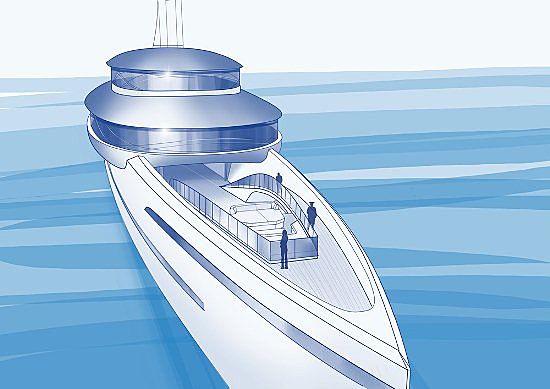 This includes six scientist ‘cells’ – rooms with a clean and minimalist flavour that will ensure that the distinguished professors and other great minds from the scientific community can ponder without distraction. 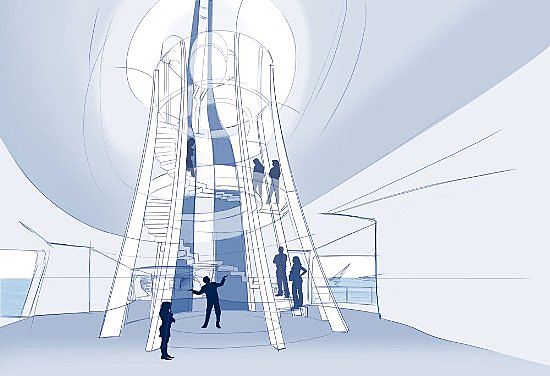 Relaxation for the residents of the Intelligence Deck is offered in the form of a dining room and lounge. This ensures that the Family Deck above can remain a strictly private place for the owner and his family members and friends to enjoy a holiday in calm and luxurious surroundings. There are three stunning comparable VIP suites, a separate dining and lounge area. The smoking lounge in the bow is for the owner to enjoy his ubiquitous pipe and contemplate the universe in peace and tranquillity. This will ensure that the large outdoor areas can offer a smoke-free al fresco experience. It will also be the ideal place to watch the bravehearts who dare take the 4th dimension slide, which runs half the length of the yacht and allows guests to splash into the ocean at something close to the speed of light. 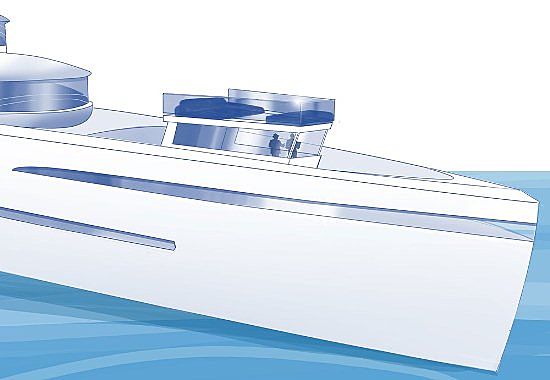 There are a wide range of other entertaining diversions onboard Relativity, as you would expect from a Feadship Future Concept. These include a radical design for a pop-up wheelhouse, which retracts into the superstructure when the boat is at anchor to create a covered deck. At the press of a button, seating and dining options are offered in this superb location. This solution responds to the notion that while captains need the best possible views when at sea, the wheelhouse is sited in a premium area of the yacht and rarely used when at anchor. 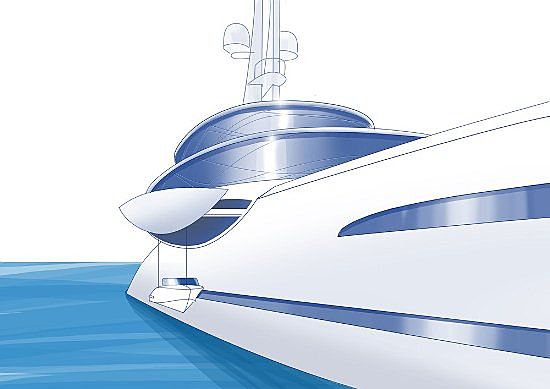 Another fresh idea onboard Relativity is to hide the tenders behind the superstructure rather than storing them in the bow or lazarette. This required an impressive launching system from an area which is not a prime space. Two 10 metre tenders are hidden in the midship’s superstructure ‘cheeks’. A part of the structure unveils the tenders and lowers them into the water.

Taking forward elements of the propulsion concept on Breathe, Relativity’s power is based on the use of a single centreline engine with controllable pitch propeller and fixed booster jets to port and starboard. A top speed of 18 knots can be achieved on the central engine with low fuel consumption, while engaging the two boosters increases the speed to 28 knots.

A Schilling rudder is added to the propellers aft. Thanks to its smart section shape, these rudders will, when paired, allow for the propeller thrust to be fully reversed, as well as facilitate extreme steering angles of up to 70 degrees. This is a very interesting option as no additional moving parts are involved. The twin rudder arrangement is also known as a VecTwin installation, specifically designed for twin rudders behind a single propeller. 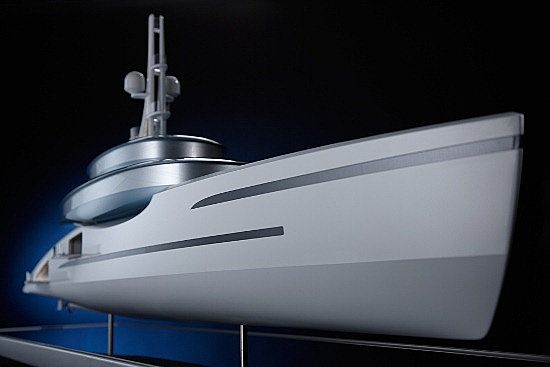 Relativity features first class facilities for 25 crew members in ten double cabins, three single cabins, one officer’s cabin and a captain’s cabin. This will ensure that a yacht which will be used for multiple purposes will have no problem with attracting and retaining the right calibre of staff. Like everything else on-board Relativity, this carefully considered approach reflects Feadship’s relentless pursuit of perfection, and the very specific requirements of individual Feadship owners.

For another opportunity to see Relativity on display this year, visit our exhibition stand at the Fort Lauderdale International Boat Show (October 25 – 29, 2012).