Earlier this week, the German shipyard Abeking & Rasmussen started preparing for the launch of the impressive 82.3 metre superyacht Secret. Burgess who placed the build order, recently announced that the yacht was commissioned for experienced owners and delivery is slated for May 2013.

The yacht features an exterior design by Sam Sorgiovanni and a stunningly elegant interior by Jim Harris, the long-time designer of the owners, who previously owned a Feadship named Secret (now Majestic). 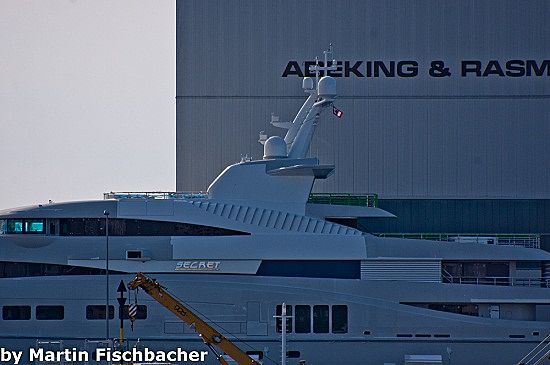 We believe the 82 metre yacht in Germany will be launched later in the week.