German shipyard Abeking & Rasmussen have just relaunched their website, and they are currently undergoing an expansion of their facilities in Lemwerder. The new website shows an overview of the yard's activities, has videos of some of their latest launches, and photo galleries of their current fleet of superyachts. 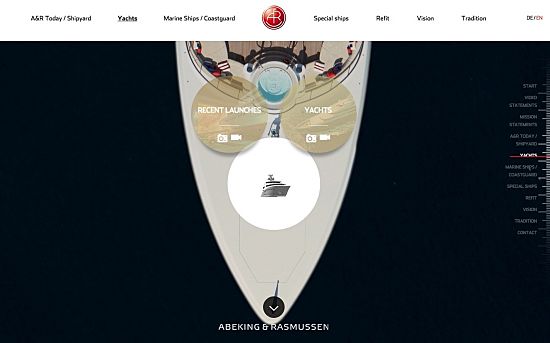 The expansion - scheduled for completion towards the end of this summer - will enable the company to undertake some of their largest projects to date, including a 98.50 metre superyacht that has already been signed. We talked to Sales Director of Abeking & Rasmussen, Till von Krause, who revealed a little more about the businesses expansion, as well as explained their unique method of construction on these immense vessels. 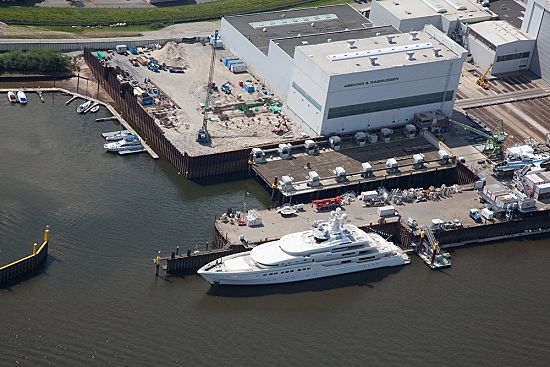 Until the latest facility development, the largest yacht that was able to be constructed at the yard was up to 90 metres in length, though the largest vessel they have ever produced comes in at 82 metres. Von Krause told SYT that with the expansion, it will now be possible to produce yachts of up to 125 metres - an impressive additional 43 metres of opportunity. The decision to expand stemmed from necessity, with a 98.50 metre yacht being signed at the yard with a gross tonnage of around 5,000. 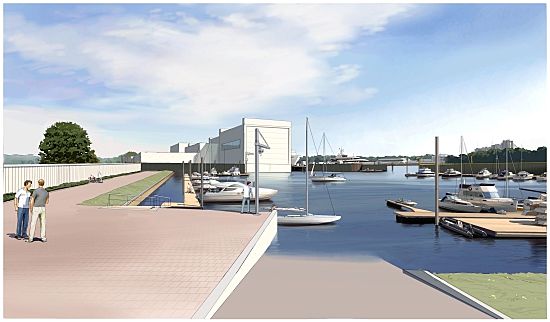 Talking of the order, von Krause says, “The 98.50 metre yacht was ordered around a year ago. We’ll be receiving the hull early this summer, and then we will do the outfitting of the yacht in two sections which will put into one shed.” He goes out to further explain this unique time-saving method of construction, stating, “With this we have the ability to do the outfitting faster than normal, because you have excellent access. You can prepare bigger units outside the yacht in workshops, and then you slide them into the vessel through the opening where you cut the vessel. You do a significant part of the outfitting with the yacht split in two pieces.” He adds, “We’re able to offer a short delivery time of these yachts in just three years or less by doing this. It’s quite positive for us.” 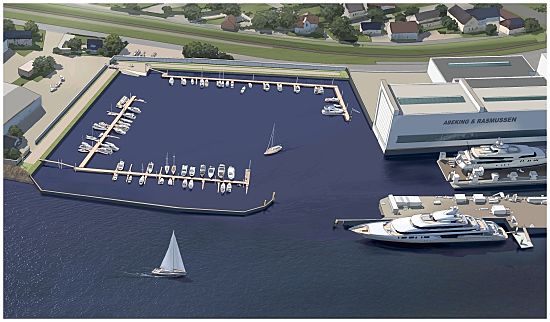 This method, designed to save time and make the build process easier, has already been successfully executed in the large 60m SWATH builds. We asked about some of the practicalities, specifically in regards to the piping and wiring that needs to be connected between the two proposed sections of the vessel. Von Krause says, “You have a main vertical fire zone in these yachts which separates the fore ship and aft ship in piping. You don’t want to have connections between those. You have air conditioning systems independent for the fore ship and the aft ship due to these requirements. That’s quite helpful in this aspect and when you go bigger, you may have even three sections, two main vertical fire zones, splitting the yacht in three parts. We could do the outfitting in that. Of course, some pipes and cables have to be run afterwards, for example antenna cables shouldn’t be interrupted. You run these things afterwards, but it helps in 90% of the outfitting parts.”

This relatively unusual method of shipbuilding clearly requires the use of two sheds for one build. So will this construction conflict with other builds? Von Krause insists it won’t. He says, “The way Abeking and Rasmussen is structured suits the building process very well. We have five sheds and one big shed, the big shed is dedicated for the big yachts, and you have other yachts in the other sheds. It’s a faster way of building, simple as that.”

Read the rest of the article in the latest issue of The SuperYacht Times, which you can order here.