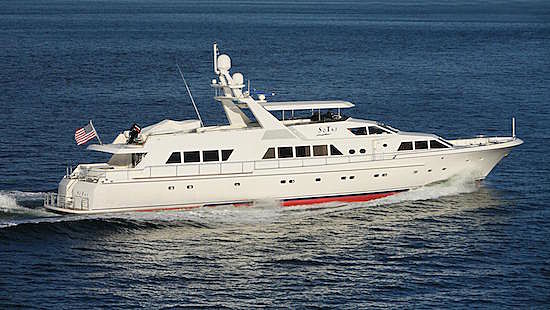 From 2007 to 2009, she underwent a substantial refit at Delta Marine which saw an extension of four metres to Sotaj’s hull amongst an array of other improvements and upgrades. She accommodates up to eight guests over four cabins, as well as a crew of nine.

Sotaj was listed for sale by Kevin Merrigan and Wes Sanford at Northrop & Johnson, with Dana Cambon at Luke Brown Yachts representing the buyer. At the time of sale, she was listed at an asking price of $3,900,000.