Abeking & Rasmussen (A&R) is one of the longest standing shipbuilders in the maritime industry, with almost 100 years of impressive history behind them. SYT met with CEO, Hans Schaedla, at their facilities in Lemwerder, who made it very clear that A&R has come a long way since friends Henry Rasmussen and Georg Abeking turned their hands to boat building in Germany at the turn of the century. 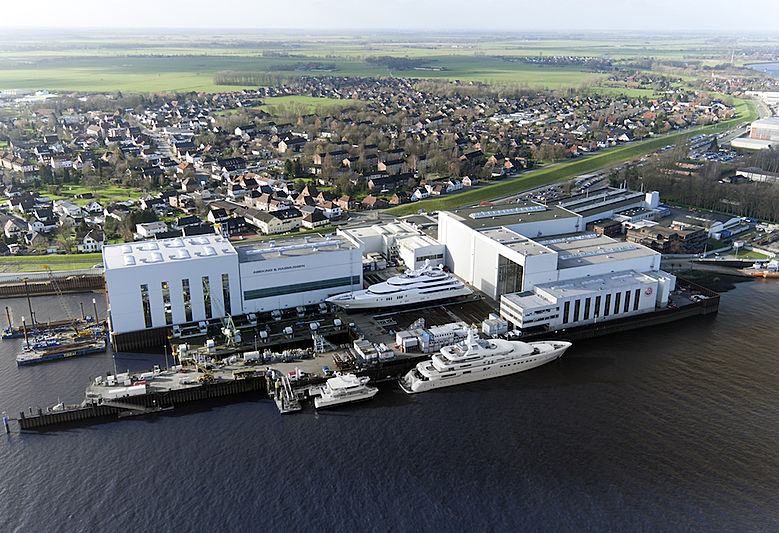 In fact, the boat building story of Georg Abeking and Henry Rasmussen began long before their arrival in Germany, with Mr. Rasmussen already owning a shipyard in Denmark for many years. Scouring suitable locations for the upheaval of the business, A&R stumbled across Lemwerder, an idyllic village with easy access to the North Sea, in 1907. “It’s maybe not such an attractive place anymore,” Schaedla laughs, “but it is still an excellent location to build yachts. We have no draft restriction here so we can build anything - even a sail boat upside down if we wanted to.” 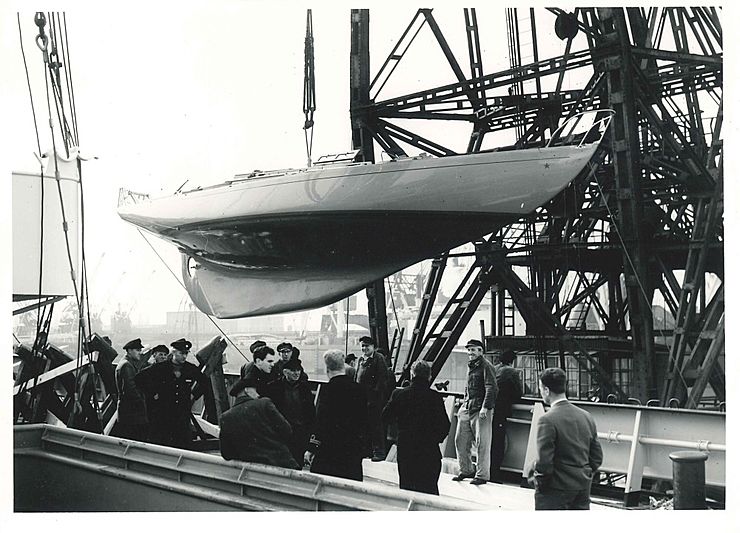 Regardless of setting up in Germany together, Mr. Rasmussen was the real driving force behind the whole operation. With Mr. Abeking leaving the company just a few years after their relocation, Mr. Rasmussen delved into all aspects of building sailing yachts. Schaedla proudly elaborates: “He was involved with the German Shipbuilding Association and all of the sailing associations, studying the rules and formulas of how to make sailing boats faster… He could design, he could construct, and he could sail. Our history comes from these beautiful boats.”

The proudness Schaedla conveys when discussing the company’s history extends further than the obligatory brand pride that every CEO should endeavour to radiate. The shipyard has been a family business from the early days, and with Hans Schaedla being the great-grandson of a founding father of the yard, he certainly has a more invested personal interest in the background of the business than the average CEO. 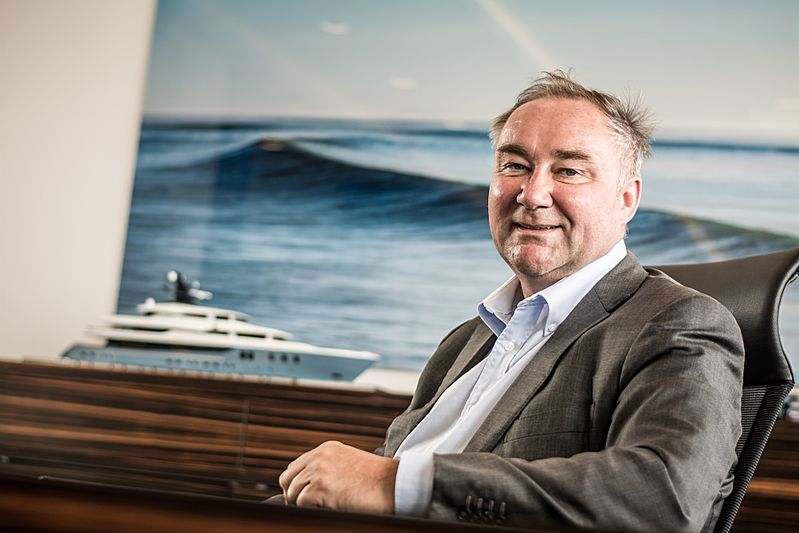 Schaedla continues to intertwine the story of his great-grandfather with his own path into the yachting industry: “Mr. Rasmussen was at the helm of the yard from 1907 to 1958 when he died, and then my father from 1958 to 2011. I grew up in this shipyard. We would walk through the storage with the smell of mahogany and teak… it was fantastic. The real business side started for me when I studied naval architecture at 19. I finished, went over to Boston for three years and worked as a designer on smaller sailing boats like the Hinckleys and the Palmer Johnson motor sailers.”

In 1986 Schaedla returned to Lemwerder, where he quickly got stuck into some of the most challenging projects at A&R. His very first undertaking as project manager was none other than the 35.8 metre Extra-Beat (now known as One Lilo) owned by Fiat President, Gianni Agnelli, a high performance German Frers designed sloop which, at the time of delivery, was regarded as one of the most spectacular - and largest - sailing yachts of the decade.

From specialising in sailing yachts, moving on to motor yachts, and working higher and higher up the superyacht size class range to be one the largest superyacht builders in the world, A&R’s Lemwerder home base has adapted to it all from the very beginning. “In the beginning, our motor yachts like Zenobia were 57 metres… At the time you think these are big boats, of course, and they will not get bigger, but as we all know, they got bigger."

“Then we had the 78 metre class,” Schaedla continues, “which included Titan, Eminence and C² and then we moved into 82 or 85 metres. We were set up to do that at that time, the investment to change was not so dramatic. We expanded the sheds by 20 metres in length and the synchrolift, that is all okay, but then the next step came and we had to go even bigger.”

The next step Schaedla is referring to is their latest expansion of the yard. Extending one of their sheds from 60 to 120 metres was an extensive task, and came about as a direct response to a project they were presented with: a 98 metre motor yacht designed by Reymond Langton Design and scheduled for completion in 2017. Schaedla says, “We said we wanted to do this project and, somehow, show the world that we can do it… but we could only do it if we had the facility." 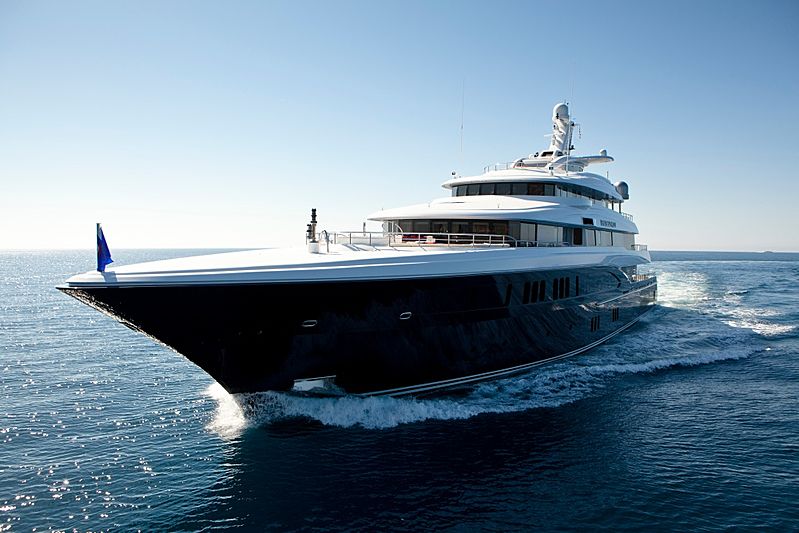 “There were a few proposals to do the project somewhere else and rent something. That didn’t make sense because we wanted to do the same thing in the future, too. So we decided to invest in the shipyard. The extension is already done and the project is inside the shed. We’ve been working on the project for the past 1.5 years as well as working on optimising the shipyard and organising for the future. While we are speaking about larger yachts that can be built by A&R, we have also developed a clever layout for PYC yachts able to carry between 12 and 36 persons. A&R should be a place to stop for every owner’s party interested in this size of yacht before making a final decision!”

A dedicated workforce of 440 - 80 of which are engineers - enables A&R to prioritise expertise in their employees. Aside from the obvious benefits of having a content and knowledgeable A&R family, this also means that innovation such as the aforementioned new PYC layout can come to the fore.

Coupled with the fact that they undertake boat building across a wide spectrum of the maritime industry (comprised of yachting, navy and commercial shipping), another unique innovation from A&R includes vessels such as the 41 metre Silver Cloud, launched in 2008. Silver Cloud saw the company adopt their SWATH design which is commonly used on military and commercial ships on board a superyacht for the very first time. Aesthetically, Silver Cloud is by no means the prettiest yacht on the water… and in many ways, she doesn’t even actually look like a yacht at all. But that was never the point of the vessel, Schaedla tells us. With SWATH vessels offering an unparalleled level of stability, the project came about after her American owner requested a solution for his wife’s seasickness so they could finally tour the world together. 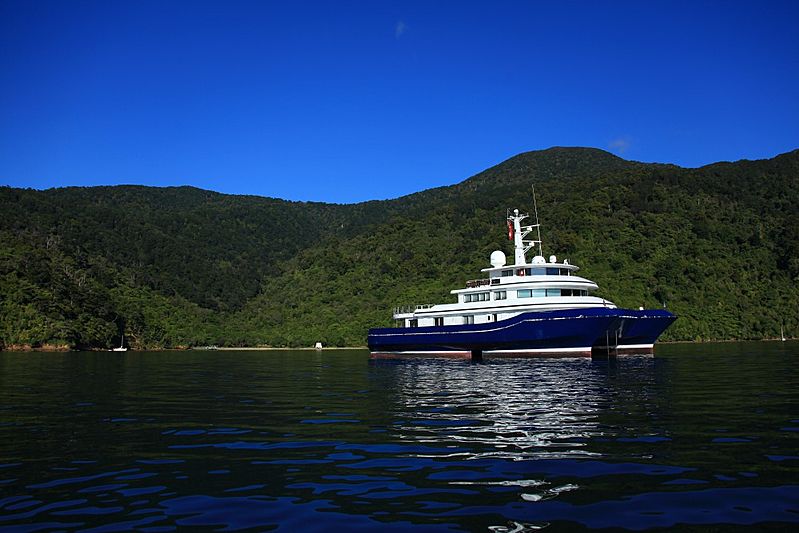 So, problem solved for Silver Cloud’s owner? “He found it fantastic,” Schaedla tells us, “We went out on a similar boat here in the North Sea, his wife was with him and she felt great on it, so that’s why they decided to go for it. He made the world trip and there was no place that they didn’t go.” A success, indeed, which followed with the launching of a smaller, 25 metre version named Al Makher earlier this year.

With their latest superyacht offering - the 72.5 metre Espen Oeino designed Cloudbreak - delivered in early June, their newly extended shed full with a 98 metre project and several proposals floating around, A&R are certainly putting their dedicated workforce and new facilities to work - with more on the horizon.

This article is featured in Issue IX of the SuperYacht Times newspaper. Subscribe now and never miss another issue.