In 2005 Abeking & Rasmussen, the famous German shipyard located on the banks of the river Weser, contracted it’s largest yacht ever, the 78.43 meter hull 6478. Ordered by the US owner of the 57m Abeking Excellence III, the project was named Excellence IV. However in 2007, while in the final months of completion, her owner sold the yacht and last Tuesday she was launched as Eminence. 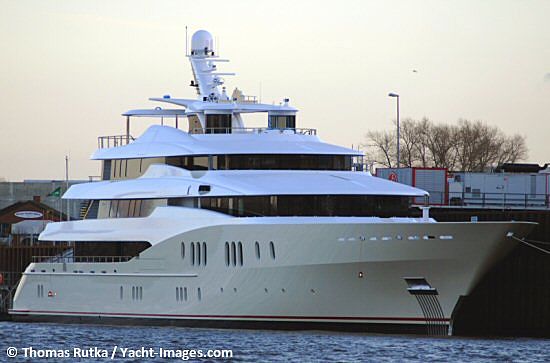 The Exterior as well as interior has been designed by Reymond & Langton Design with the naval architecture in the hands of the A&R in house engineering department.

The five deck yacht with a steel hull and aluminium superstructure features an almost stern wide transom hatch with two of the well proven tender launching systems developed by A&R which allows for smooth launching and recovering even when under way. 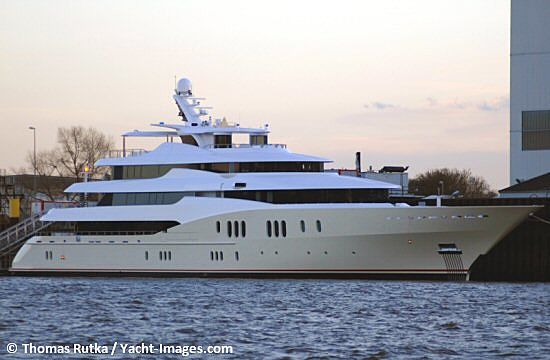 The draft of Eminence has been reduced to 3.2m allowing access to shallow anchorages especially in the Bahamas. Propelled by two 1492 kW Caterpillars speed will be 16.5 knots. The yacht is built according to Lloyds Register of Shipping and MCA.