Launched earlier this year in March, German shipyard Abeking & Rasmussen have now delivered their special 25 metre SWATH motor yacht after having successfully completed her sea trials in April. She has been loaded onto the deck of a heavy lift carrier with destination Oman, currently crossing the Mediterranean Sea with a stopover in Suez, Egypt. Al Makher as she is now named,is the secondSWATH yacht to be launched by the yard, following the launch of the 41 metreSilver Cloudin 2008. 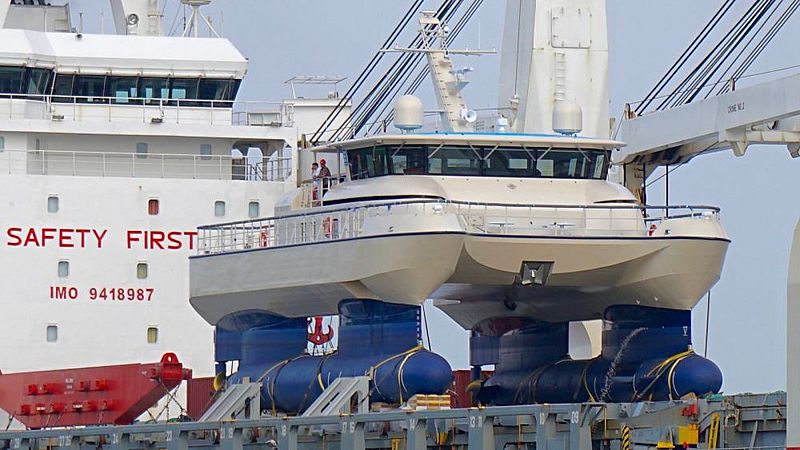 SWATHstands for ‘Small Waterplane Area Twin Hull’. The concept is based on two submarine hulls, completely submerged below the water surface, which are connected to the yacht by two narrow struts.Silver Cloudmarked Abeking & Rasmussen’s first use of the SWATH design on a yacht, which until this point had only been used on military and commercial vessels. 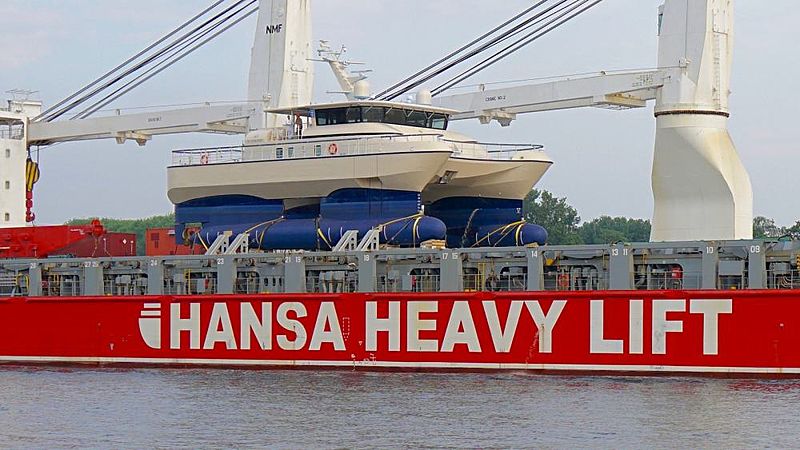 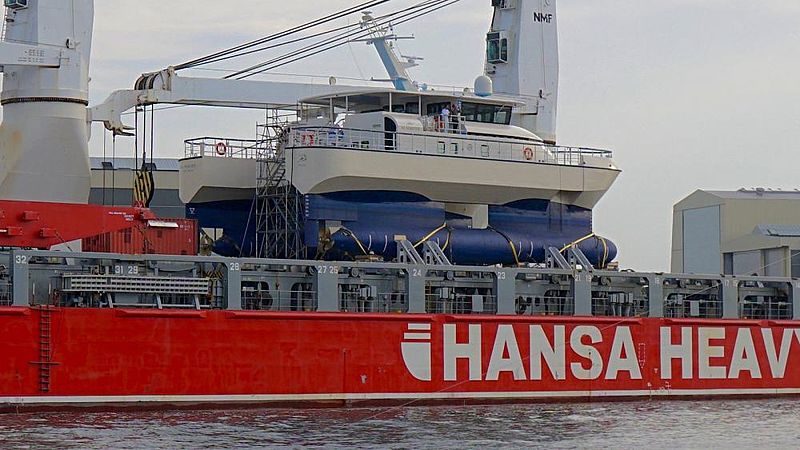 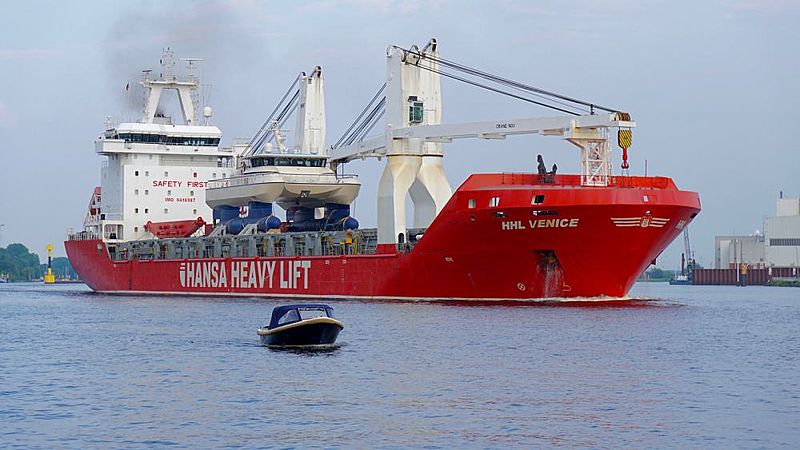