In Germany last week, Abeking & Rasmussen’s 74-metre project 6502 made an appearance as the vessel was moved into its final build shed. On schedule for completion in June 2018, the yacht has now entered a critical construction phase with less than 12 months till launch. 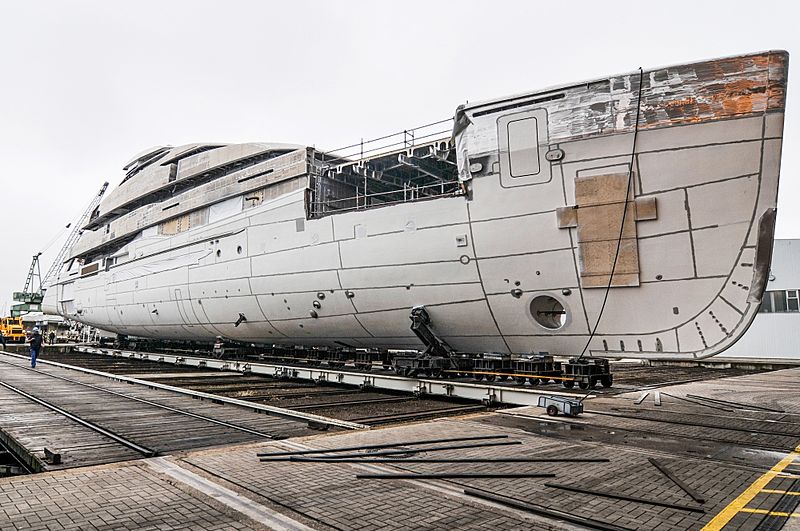 Hull 6502 will be equipped with six guest cabins on lower deck, a master suite on main deck, and an Observation Lounge on the Upper Deck.  Above the semi-sunken wheelhouse lies an 8-metre-long swimming on the generous Sun Deck.

The efficient hull with its fine entry and so-called ‘Atlantic bow’ is designed in collaboration between Abeking & Rasmussen, Burgess and Eidsgaard.

The sleek exterior with full-height glass conceals a contemporary interior, all by Eidsgaard Design. The interior outfitting is by Abeking & Rasmussen and Rodiek and the project is being managed by Burgess.