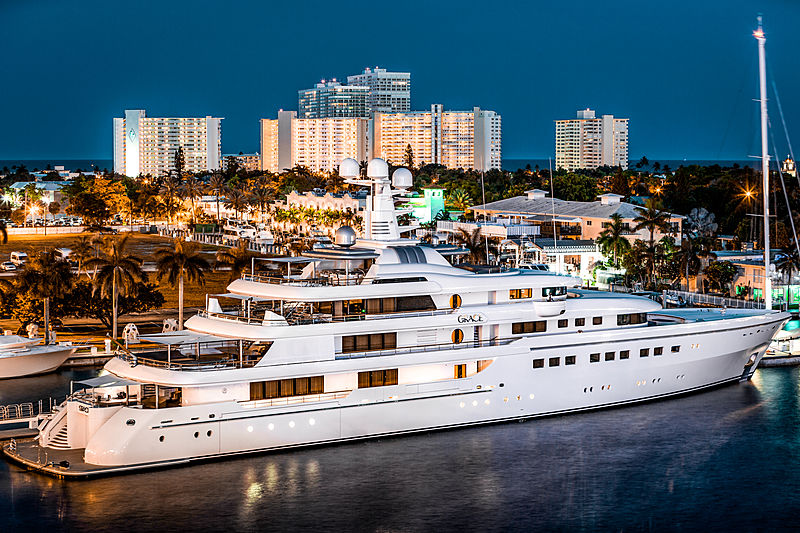 Photo: Ron RaffetySeen here alongside in Fort Lauderdale, Florida is one of the largest superyachts built at Abeking & Rasmussen, the 81-metre motor yacht Grace. Having recently changed ownership, Grace was launched under the name Kibo at the German shipyard in Bremen. Terence Disdale is the designer of the yacht, and just like her sistership Romea, is behind for both the interior and exterior of the project. The highly private yacht offers accommodation in four identical double guest cabins as well as a VIP forward on the main deck. One deck above is the owner’s stateroom, which offers 180-degree views forward.

The 81.8m superyacht Romea in the Bahamas