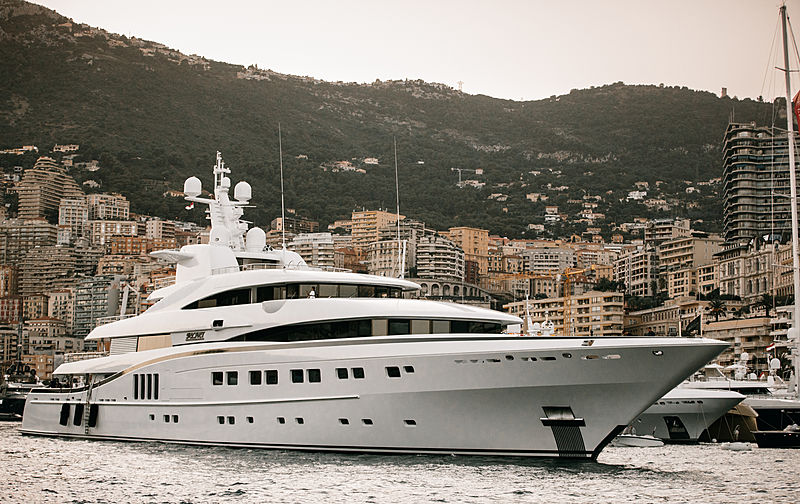 Photo: Charl van Rooy / SuperYacht TimesDelivered in 2013 from German shipyard Abeking & Rasmussen to an experienced yacht owner, seen here departing the port of Monaco is the motor yacht Secret. Exterior designer Sam Sorgiovanni fashioned striking exterior lines for the 82.3-metre superyacht, which was reportedly extended over four metres in build. Since then, the yacht has remained in constant operation and has been consistently maintained undergoing a full repaint in 2017, a €1,000,000 investment in AV and IT upgrades and an upgraded HVAC system. Some of the interior highlights on board Secret include a gymnasium with large glass windows looking out to sea, an elevator for ease of access throughout the four decks, the cosy massage and wellness room and a cinema big enough for all guests to recline comfortably on the large red cinema chairs. She is currently one of the most expensive yachts for sale at €99,000,000.