At the beginning of April, a few days before Lady Sheridan left and Ann arrived at the Abeking & Rasmussen shipyard, one of the most striking new yachts of 2007 was launched, Aviva III. Aviva III (Abeking hull 6475) was designed by UK based designers, Reymond Langton Design.

One of the most interesting features of this yacht, and never seen before on a yacht of this size, is her almost straight bow. But besides discovering her beautiful exterior looks, it’s most likely, knowing the owner, that all details will kept under wrap.

The following photos were made by Holger on April 23, when Aviva III was cruising on the Weser. 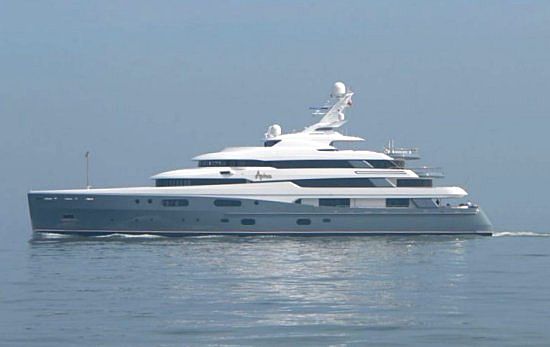 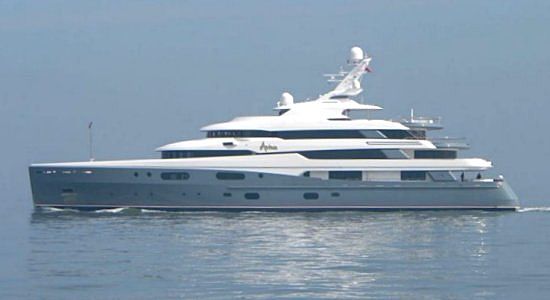 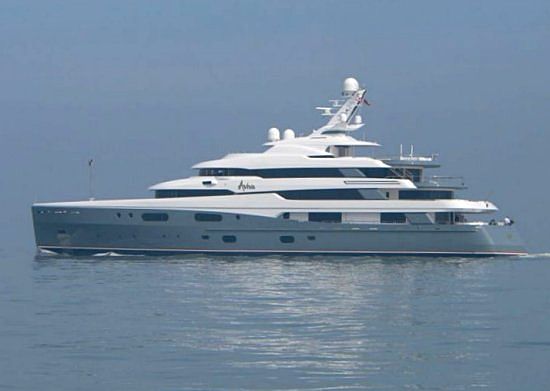