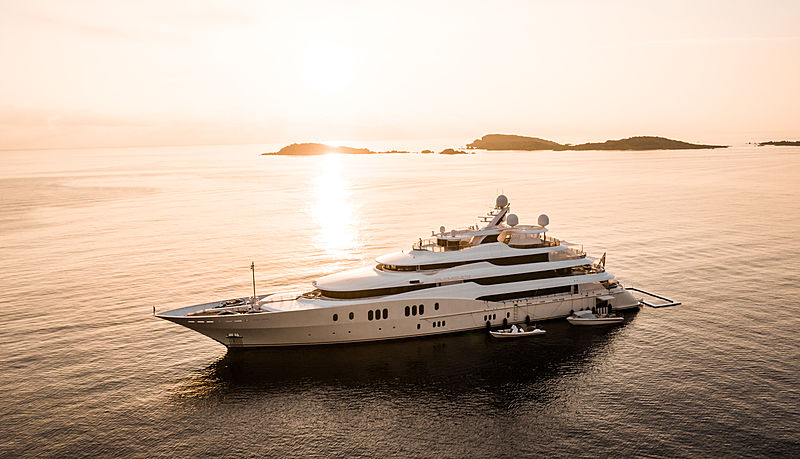 Photo: Charl van RooyBuilt as the first yacht in what would eventually become a line of four near-identical sisterships, the 78.43-metre Eminence was launched at German shipyard Abeking & Rasmussen in 2008. Commissioned by an experienced American yachtsman as project Excellence IV, the yacht was sold during the construction phase to her former owner who christened her Eminence. The Reymond Langton Design studio is behind the yacht’s interior and exterior designs with naval architecture handled by Abeking & Rasmussen’s in-house engineers. Eminence was followed by her three sisterships named C2 (2008), Titan (2010), and Amaryllis (2011) over the next three years. She has since returned to the yard in Germany where she is undergoing extensive maintenance work after having been sold to a new owner last year.