Abu Dhabi MAR, a major yachtbuilder in the heart of the Gulf Region, announces its acquisition of a controlling interest in the Nobiskrug Shipyard, Rendsburg, Germany. 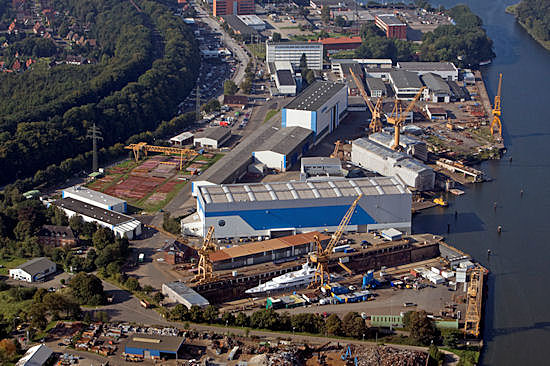 Nobiskrug, with 100 million euros in turnover, has been a significant shipbuilding enterprise since its founding in 1905. It has launched more than 700 vessels, and now has 420 employees working on a facility of about 173,000 m2 including 44,000 m2 under cover. Nobiskrug has drydocks of 151- and 193-meter length. Its most recent launch is the World Superyacht Award-winning 74-meter Siren, with exterior and interior design by Newcruise Yacht Projects. Nobiskrug currently has five large yachts under construction. 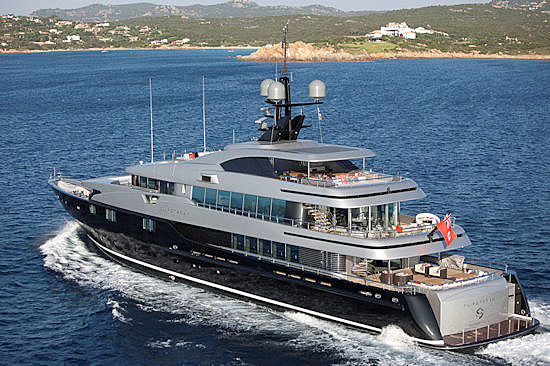 Since its founding two years ago, Abu Dhabi MAR shares common ownership with the CMN Shipyard in Cherbourg, France, noted for expertise in building military and commercial vessels. CMN entered yachtbuilding in 1960, and is highly regarded for its current “Line 60” (197-foot) yachts designed by CMN in collaboration with Andrew Winch. It has launched two in the series this year, Slipstream and Cloud 9, and has the third under construction. 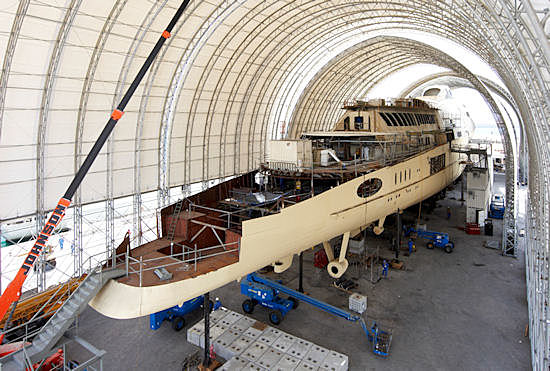 Abu Dhabi MAR has four yachts under construction. The Swift141 and Swift135 are conversion of Dutch-built navy frigates, 462 and 442 feet in length respectively. The Swift141, set for launch later this year, is shaped and styled by Pierrejean Design Studio in Paris.

There are approximately 75 yachts 60 meters or longer on order around the world. The ten current builds among Nobiskrug, CMN, and Abu Dhabi MAR represent a significant portion of the global order book.