The Abu Dhabi MAR Shipyard made its global debut at the recent Monaco Yacht Show where the Abu Dhabi MAR team revealed the latest details of the two spectacular gigayachts currently under construction at the all-new shipyard. 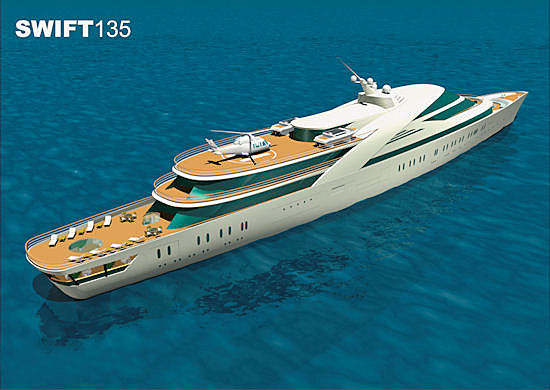 At 141 and 135 metres LOA, they are among the world’s longest private yachts under construction and upon launch will rank high among the world’s Top 100 Yachts. Both are based on the hulls of former Royal Dutch Navy frigates, whose design incorporating narrow beam, high propulsion power and futuristic styling by the Pierrejean Design Studio in Paris, assures they will be fast, impressive additions to the expansive gigayacht world. The first yacht to be launched will be the Swift141, set for mid-2009 delivery; the second, the Swift135, will be launched 18 months later.

During the Monaco show Abu Dhabi MAR also revealed orders for yachts of 47 and 52 metres LOA, with construction to begin in 2009. With these four significant orders in its first year of operation, Abu Dhabi MAR joins the ranks of the world’s top luxury builders, establishing itself as a major force among technically advanced, full-facility yards. 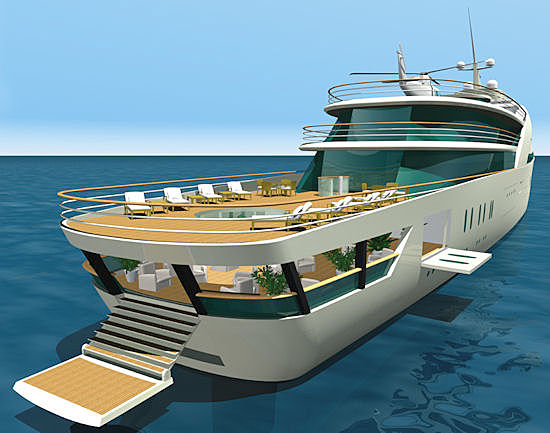 Abu Dhabi MAR Marketing Director, Luuk V. van Zanten, commented: “We have outstanding technical and administrative experts in Abu Dhabi and we employ only the world’s leading specialist subcontractors for structure, engineering, and interiors. But it is our meticulous attention to detail and understanding of what an eminent yacht owner expects, that sets us apart from other builders. When the Swift141 is delivered in summer 2009 the world will recognize and celebrate a new era of gigayacht concept and construction.”

Abu Dhabi MAR will be a principal exhibitor at the initial Abu Dhabi Yacht Show, 12-14 March 2009.