The latest yacht concept from designer Jacopo Leoni is the 30.50 metre Actaea, Yacht Beach Club. Built entirely out of fibreglass, the catamaran sailboat comes with the possibility of customising the superstructure of the vessel either to a Thai or Arabian version instead of the standard version. 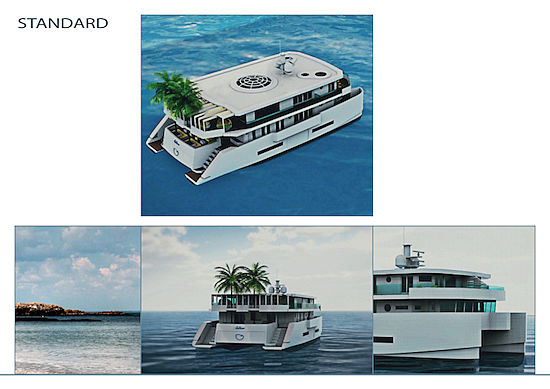 On board she accommodates up to 12 over six spacious cabins, consisting of two large VIP cabins, two double cabins and two twin cabins. She also accommodated a crew of six, and has the ability to host up to 60 guest passengers. She comes with a wide range of facilities, including a beach bar area, a private beach area, a solarium and a private cave area. 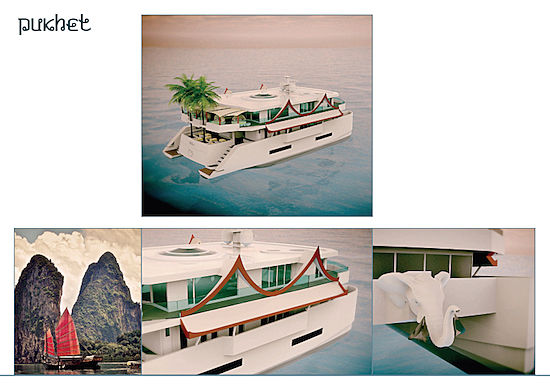 Leoni states that Actaea can be utilised for a variety of uses, firstly as a luxury vessel for personal use, secondly in a coastal resort to connect guests between locations, and thirdly as a support vessel to a larger superyacht. Powered by twin MTU 890 series engines of 992 hp each, she has a top speed of 14 knots and a cruising speed of 12 knots. 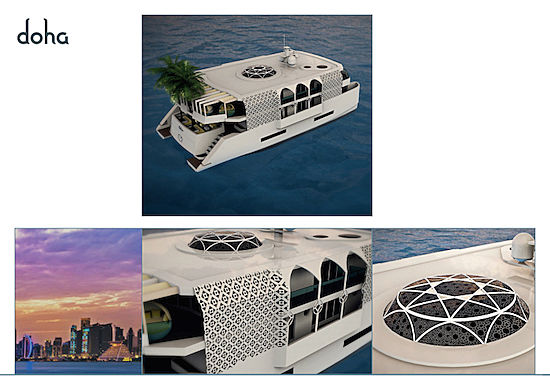