Part of The Italian Sea Group, Admiral has today announced the sale of a brand new all aluminium superyacht from their Impero series, with FYI Superyachts introducing the Buyer. 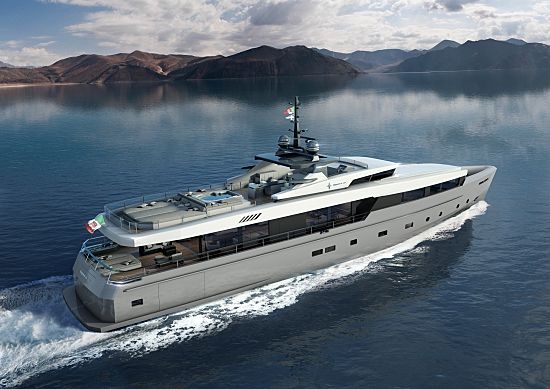 Designed by Luca Dini and built to RINA Charter & MCA Commercial standards, she is equipped with twin 1,925 hp Caterpillar engines which provide her with a top speed of 20 knots, and a cruising speed of 18 knots. With a beam of 8 metres and shallow draft of 2.2 metres at full load displacement, she has been designed with easy cruising through the Caribbean in mind.

She accommodates her guests over a five stateroom layout, consisting of an on-deck master suite, a full beam VIP room, and three additional guest cabins. A crew of seven are also easily accommodated on board.

Francesco Carbone, Group Vice Chairman & Sales Director, comments, "This is the third Impero RPH sold in less than 3 years after Nono was delivered to her Owners in 2014, winner of the World Superyachts Award as best 2-deck yacht below 38 metres. We are delighted with the professional manner and dedication of the team at FYI Superyachts and look forward to a successful and fruitful cooperation with them.”

The semi-displacement superyacht is scheduled for delivery in 2016.