Admiral, a brand from the Italian Sea Group, has announced the sale of the new 55-metre superyacht S-Force. Slated for delivery in early 2020, the buyer was introduced by IYC.

Featuring an exterior styling by Gian Marco Campanino from Admiral, her exteriors include terraces which overlook the sea, thanks to the sufficient amount of space offered on every deck.

“We are extremely proud to have sold this yacht that will definitely take Admiral to the next level, reaffirming the positive trend of the Group," said Giuseppe Taranto, Vice Chairman of the Italian Sea Group. "This 55-metre project will surely catch the eye thanks to her unique and captivating design totally developed in-house. We are also very happy of our state-of-the-art shipyard’s production in Carrara-Italy with most of the constructions exceeding 50 meters in length.” 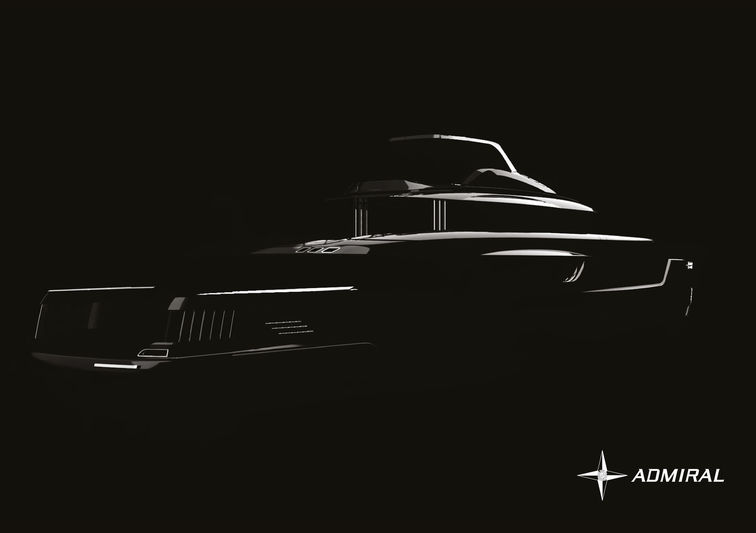 Photo: AdmiralHer interiors, developed by Admiral and the Italian Sea Group, feature sophisticated furnishings, with special attention paid to the abundance of natural light from the large windows. S-Force is able to accommodate up to 12 guests in four well-appointed suites, including a full beam VIP on the lower deck and a full beam master suite with a private studio on the main deck. Separate access for the crews allows for even more discretion while servicing the guests.

Stand out features on S-Force include a large circular area entertainment area on the upper deck which can also be used as a touch-and-go helipad, a large beach platform which can be used as a dining area by night and a spacious garage, capable of holding an 8-metre tender.

Consisting of a full aluminium, semi-displacement hull, she powered by twin CAT C32 Acer diesel engines and capable of cruising at a maximum cruising speed of 18 knots.