Italian shipyard Admiral announced that their latest 38 metre all-aluminium superyacht was launched from their facilities in Marina di Carrara just under a week ago. Named Tremenda, she is the third hull in the Impero series from the company, following the deliveries of Cacos V and Nono.

She features exterior design a masculine exterior from the drawing boards of Luca Dini, with her opulent interior from Gian Marco Campanino in collaboration with Admiral Centro Stile. Inside, her interior design team has utilised precious dark joinery throughout in both glossy and matt finished, alternated by rare marble panels and natural leather surfaces. 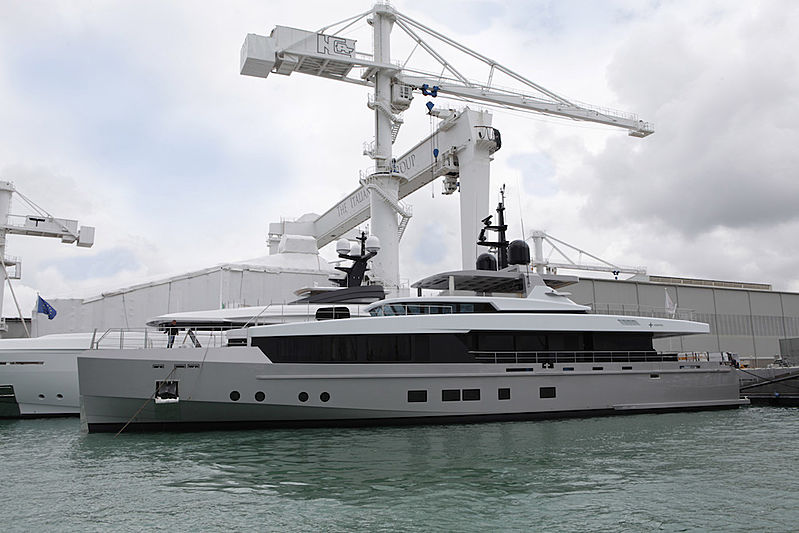 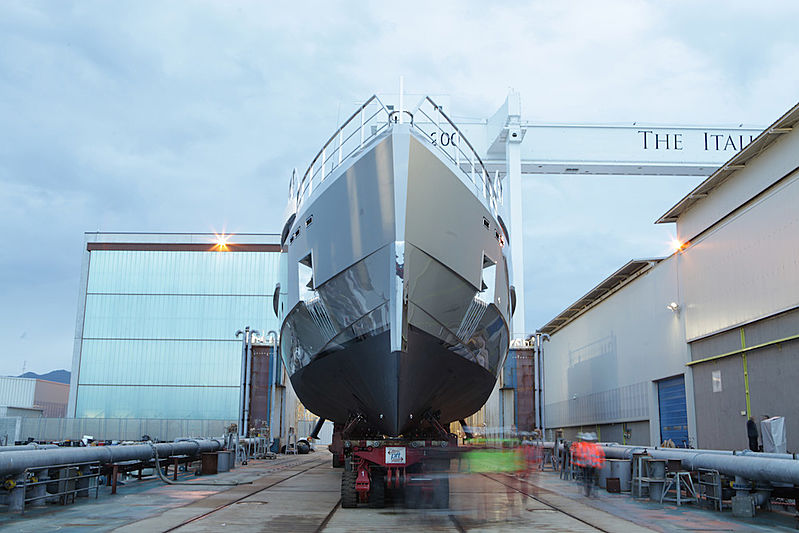 The yacht’s beach club allows access to the full beam garage, featuring a side opening hull port for hauling and launching the main tender. Forward is access to the engine room.

The launch of Tremenda marks the third launch of 2016 for Admiral, following the launches of the 55 metre Quinta Essentia and the 50 metre Ouranos. Following delivery to her owner, she will be used privately, initially in the Mediterranean before heading to U.S. waters and the Caribbean, where her shallow draft will allow for easy cruising.