Last week, on February 7th, at 10pm, Admiral Tecnomar moved pieces of the second hull from their shipyard in Massa, to the new yard of Nuovi Cantieri Apuania in Marina di Carrara. 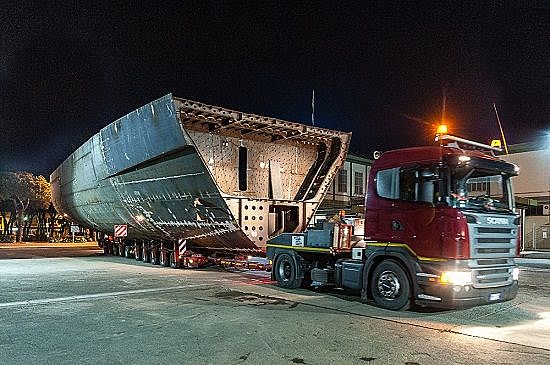 The yard described it as “an important event”, as it is the beginning of a new era for the Group, driven by Giovanni Costantino. The yard only recently acquired NCA - Nuovi Cantieri Apuania, becoming one of the largest shipbuilding groups in Italy. 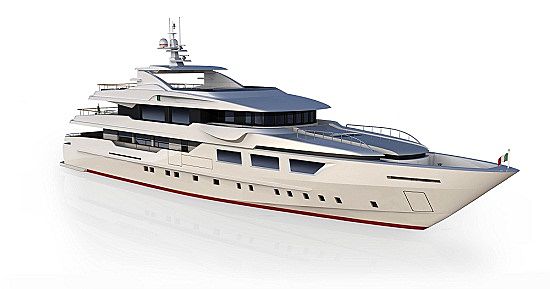 The pieces of the yacht that was moved last week, are of a full displacement 47 metre Admiral Maxima, that features a steel hull and aluminum superstructure. Delivery is expected for June 2014.

The first two blocks were moved approximately 4 km, in just 45 minutes, using multi-wheels carts. The construction of another yacht has already started at the NCA shipyard, so with the movement of the 47 metre to the new facility, two yachts are now under construction there.

Later this week, the yard will transport the first aluminum Tecnomar yacht.