Following on from recent growth and new staff appointments Advanced New Technologies have announced a major expansion into the North American market. The company, well known for its integration of on-board technology in the superyacht market, have been selling to the US from its UK bases in Hull and Southampton up until now. 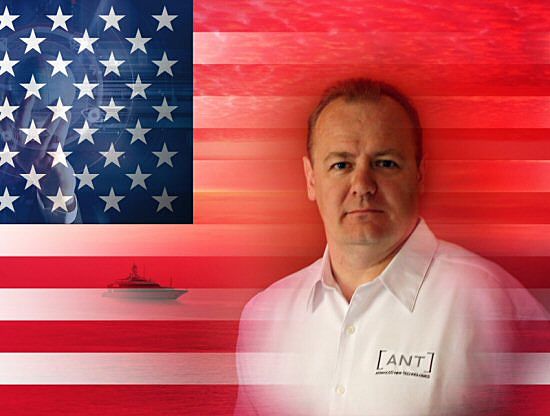 “With recent order growth from the US over the past 18 months we have decided to have a permanent presence in this important market place” said Steve Puckering the company’s CEO “North America accounted for 16% of superyacht deliveries in 2007 and is the second largest market after Europe. Increased sales activity for ANT has led us to review our marketing strategy for the US in 2008. This has commenced with the appointment of a US Business Development Manager”

The company have recruited Victor Walker, who was born in Northern Ireland but has lived in the States since 1994. Victor started working in the US as an electronics technician and worked his way through retail and then into the marine market ending up with a senior sales role.

In 2001 he moved to Criteria, a marine service company based in Fort Lauderdale immediately working on a contract for the largest US yacht ever built. Over the next three years he was heavily involved in the refit as well as the new build markets. Now working in a joint Sales and Project Management role he moved on for a short time to American Custom Yachts before joining Intelect based back in Fort Lauderdale.

“During my 3 years at Intelect I was involved in new builds and refits with total order values of over $4m. I improved my project management skills still further and when I became aware of the opportunity to become ANTs Business Development Manager for the US I jumped at the chance. It fits my ambitions and my skills set perfectly”.

“We have a number of objectives and goals for the US operation over the next 18 months. The first is to promote awareness of the ANT brand to customers, boatyards and stakeholders in the US market. We need to inform the key decision makers about our unique approach and philosophy as systems integrators. I truly believe ANT are world leaders in their chosen fields of Entertainment & Control, Communications & Data, Integrated Bridge & Navigation and Security Systems. ANT can make a big impact on the North American market and over the next few months I will be attending industry events and trade shows as well as setting up appointments to demonstrate what ANT offer”.

One person who will be watching developments very closely is the CEO Steve “We have expanded our operations in a number of worldwide markets recently, appointing people who have experience and who live in those areas. The combination of local knowledge and Head Office support is a strategy that has worked well for ANT. Victor is already well known in the US superyacht industry and he will be an important part of our ongoing US strategy”.