The following aerial images give us a better view of the various design elements of the new Lürssen superyacht Aurora that was launched over the past weekend. 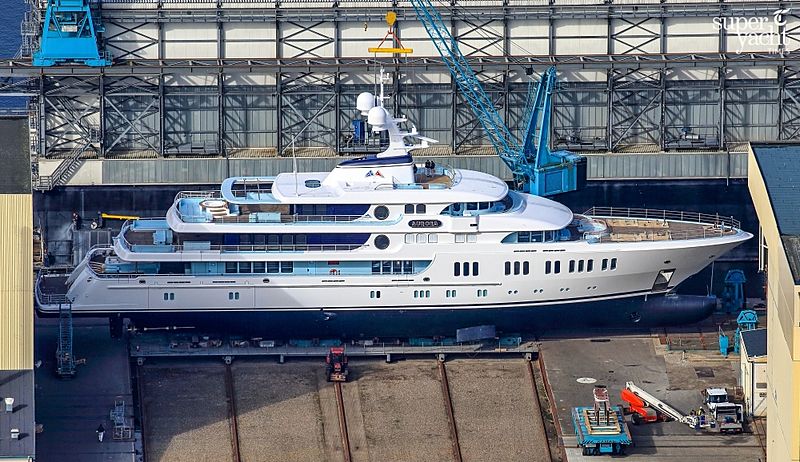 While full details have not yet been disclosed it is believed she is the 74-metre project which was announced by Moran Yacht & Ship in March 2014 as Thor. It is believed that both the exterior and interior design of Aurora are by Winch Design. 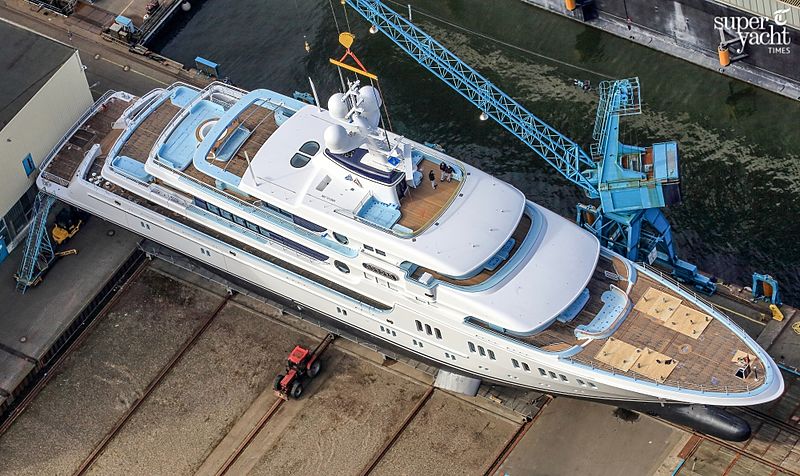 Photos by Carl Groll / The YachtPhoto.com