Home > News > After Eight in Vancouver 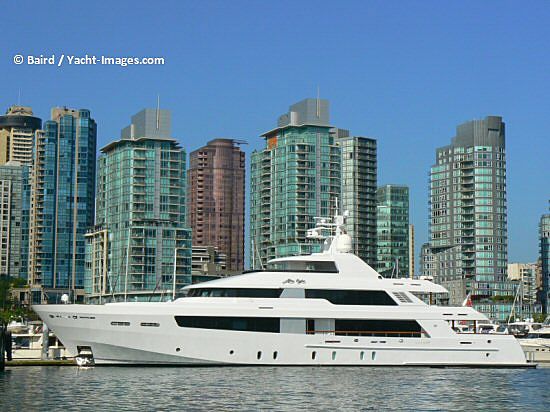 After Eight in Vancouver

The 46m After Eight docked in Vancouver, Canada on 8 July 2008. Launched by Northern Marine in 2007, After Eight was the first yacht in the 151 Tri-Deck series. The second yacht, Bella Bri, was launched in June of this year. Both yachts were designed by the talented team of Jonathan Quinn Barnett, who among others also designed the interiors of the 126m Octopus. After Eight is only privately used by her Canadian owner and she can often be found in the Vancouver area.