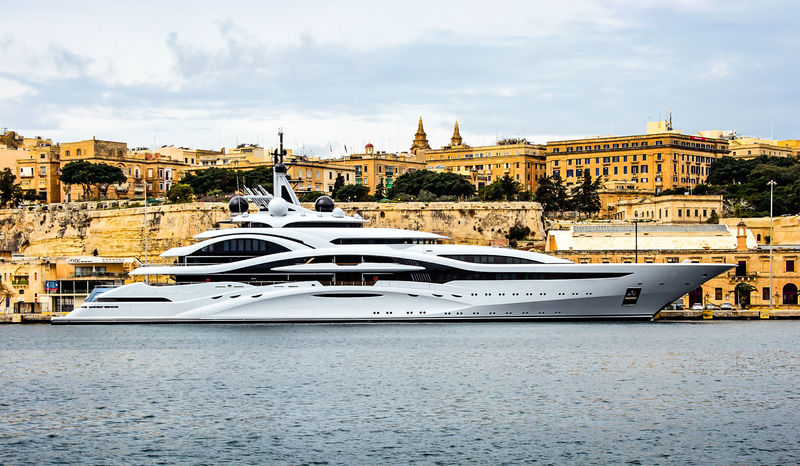 Photo: Karl BorgAl Lusail, the new 123-metre-long Lürssen motor yacht, was recently captured in the port of Malta where she was seen taking on fuel before departing again some days later. The yacht was launched at the German shipyard in 2016 after the construction of H2 Yacht Design’s handiwork was completed. March & White, another London design office, is behind the interior style of Al Lusail. The Qatari-flagged yacht is currently cruising the Indian Ocean.