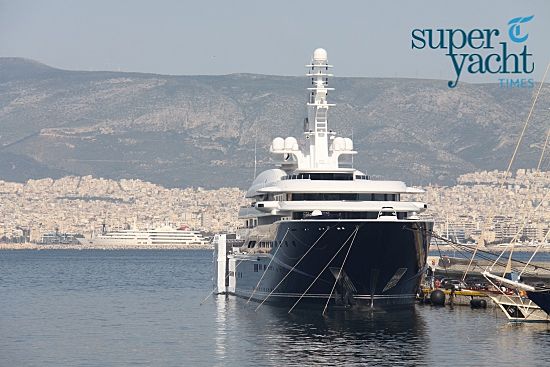 Pictured here two weeks ago in Greece are two of the largest superyachts in the world, the 133 metre Al Mirqab, and the 139.30 metre Al Salamah, tucked away in the background of the photo.

Al Mirqab is currently the world’s 15th largest superyacht, and was built by the German shipyard Peters Schiffbau in 2008. Kusch Yachts undertook her naval architecture whilst Tim Heywood Designs were responsible for her exterior design. Andrew Winch Designs undertook her interior design. Her last major refit was completed in 2014 in which she received a new deckhouse on the forward sundeck, and though it is suspected the work was completed by Dorries Maritime Services, this has never been confirmed.

The tenth largest yacht in the world, Al Salamah, was built by HDW in Kiel, Germany, before being taken to the Lürssen shipyard in Bremen for completion. She was launched in 1999, and features exterior and interior design by Terence Disdale Design. On board she accommodates up to 40 guests over 22 staterooms.