The UAE shipyard Al Shaali Marine debuted the AS100 superyacht last week in Dubai. Arriving at the Dubai International Boat Show on the second day of the event, however, the quality of the vessel has come under some criticism from the industry. Some have reported that the 30 metre yacht didn’t quite meet industry standards, in terms of her paintjob and the detailing of her exterior, although it could be the case that the yacht is not fully finished yet, and will return to the yard for further completion. 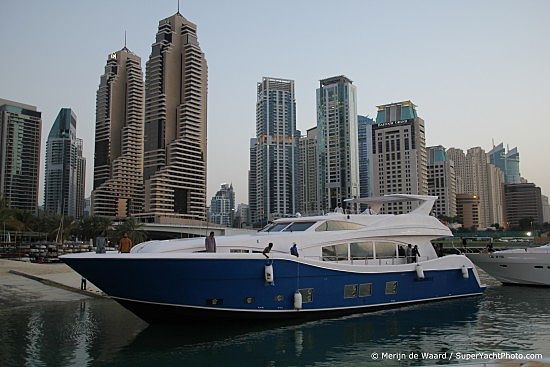 The SuperYacht Times team who were present in Dubai last week, had the opportunity to drive by the Al Shaali Marine shipyard, which was established in 1979.

The team report that the AS130 vessel was visible from the street surrounding the facility. However, presumably the project is currently on hold, as it became clear that the yacht was not presently being worked on.