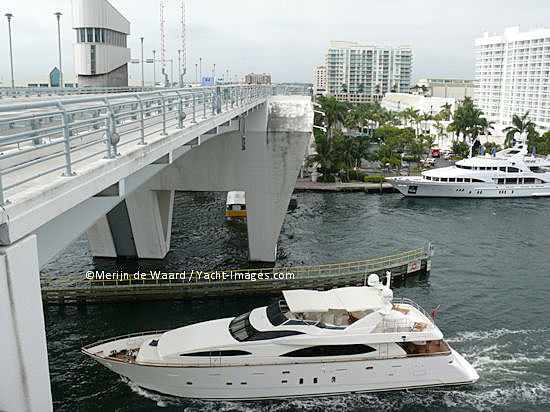 The Azimut 100 Jumbo Al-To-Mar leaving Fort Lauderdale through the 17th Street Bridge a day after the 2008 yacht show. Al-To-Mar was built in 2004 and one of the last Azimut 100 Jumbos, of which more than 30 models were built. The successful series were designed by Stefano Righini with interior design by Francois Zuretti.