With a number of hot projects breathing new life into the Turkish yard Alia Yachts, 2019 has without a doubt been an exciting year. Starting with the expansion of its facility in Antalya, the newly enlarged space now covers over 20,000 square-metres and boasts two new construction sheds measuring 90 metres in length and over 22 metres in height. Thanks to their expansion, Alia Yachts is to increase their production numbers to include larger yachts with an added focus on refit services. 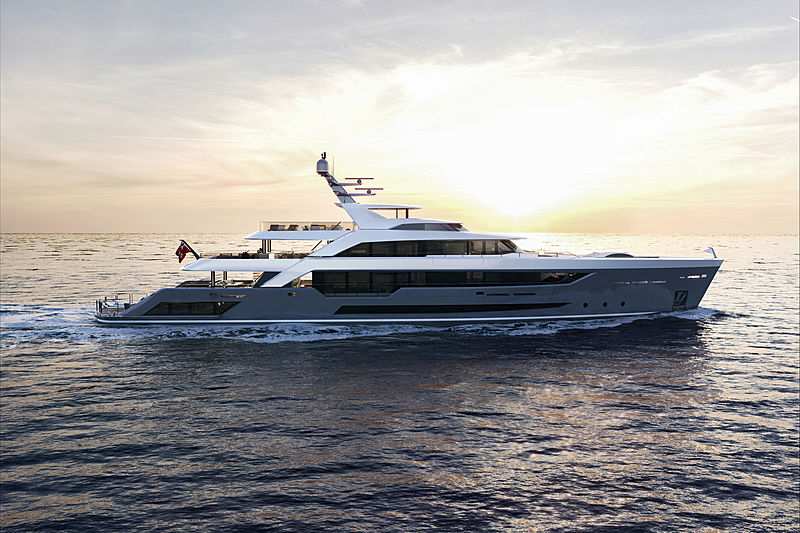 Photo: Alia YachtsOne build in the shed and with her keel already laid is the 55-metre steel and aluminium superyacht Al Waab II. Designed entirely by the Dutch yacht designer Vripack, Al Waab II’s design brief called for a fresh design that could serve as a home away from home with comfort, space, privacy and luxury as the main qualities. The 55-metre vessel will remain below the 500 GT threshold thanks to the optimisation of her exterior spaces and beach club, and an improved hull shape will ensure the ultimate comfort of her guests at sea. With SF Yachts serving as both project manager and owner’s representative throughout the build,  Al Waab II’s owner is expected to take delivery of the vessel in 2021 following a rigorous 24-month build period.

The Turkish yard also began construction on the sistership to Virgen del Mar VI in early 2019: the 32.4-metre Nozomi II. Due to be completed in 2020, the new superyacht once again brings together the build expertise of Alia Yachts and Dutch design firm, Omega Architects. 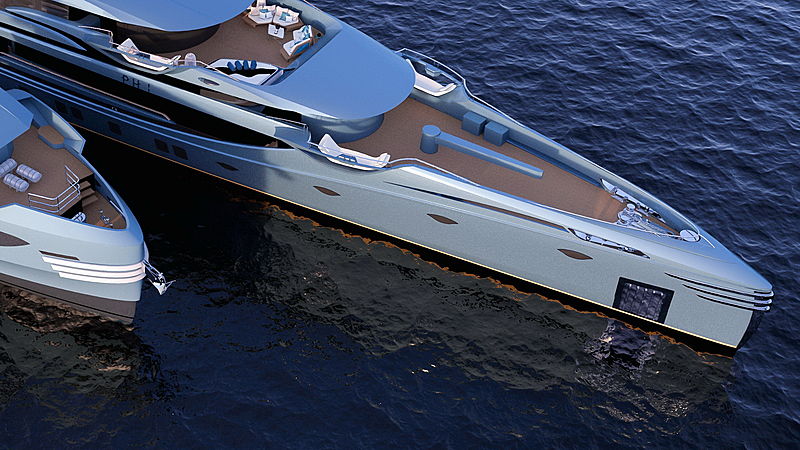 Photo: Royal HuismanIn addition, Alia Yachts announced the sale of a 36-metre shadow vessel that is to serve the 55-metre Project Phi which is currently under construction at Royal Huisman. With exterior styling by Dutch designer Cor D Rover and naval architecture by Van Oossanen, the all-aluminium shadow vessel is due to be delivered in 2021 and will be used for transporting tenders, toys, a small car and extra fuel for the mothership. 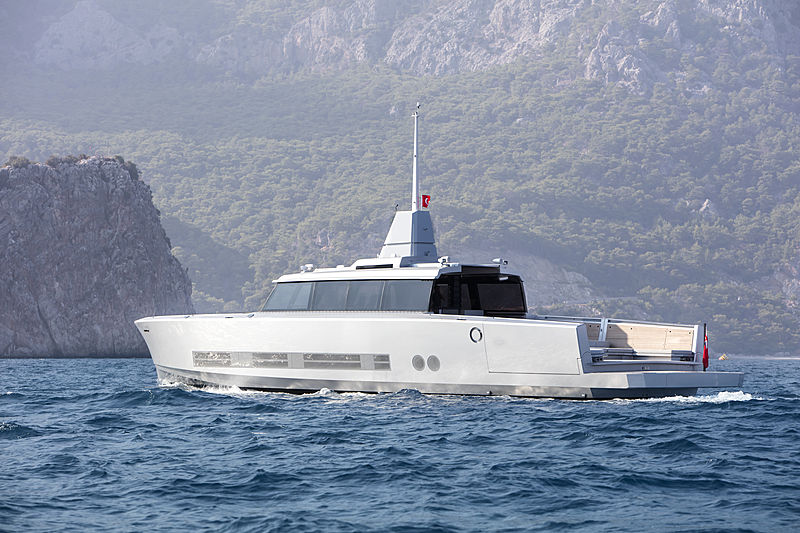 Photo: Alia YachtsFinally, the 27-metre chase boat Atlantico has joined her 55-metre mothership Atlante and the pair are now ready to venture the seven seas. Designed by Stefano Pastrovich with naval architecture by Lateral Naval Architects, Atlantico’s design reflects her mothership’s profile. Her design features include aft bulwarks that can fold down to extend the main deck beach club, large windows and a minimalist, open-plan layout that connects the indoors with the outdoor environment. Inspired by the concept of Atlantico, Alia Yachts is said to be developing an additional 40-metre version that will serve as a standalone yacht.