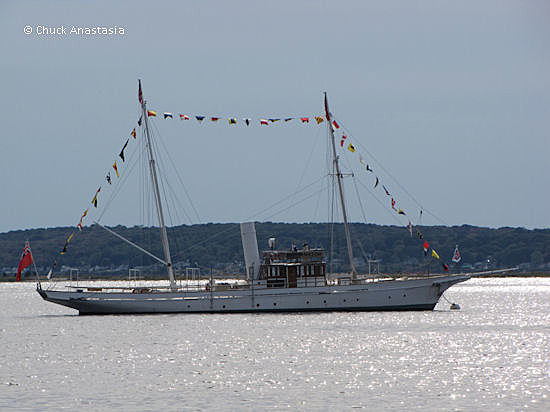 One of the oldest superyachts afloat, the 1885 Amazon pictured at a Herreshoff Marine Museum mooring on 12th October 2009. The 34.75 metre classic yacht was dressed overall for Columbus Day. Amazon was based in Malta previously, but underwent a voyage via Gibraltar, Canary Islands, Cape Verde Islands, Barbados, St Vincent & the Grenadines, St Lucia, Anitgua & Barbuda and Bermuda to New England. Amazon was last seen at the Mystic Seaport Museum where she was lying alongside as a guest.