The 60-metre Amels superyacht Madame Kate will make her debut at the Monaco Yacht Show in September. Built for an experienced owner, the Tim Heywood-designed yacht will certainly stand out, with her unique pearl effect paintwork, and her elaborate lighting above and below the waterline. 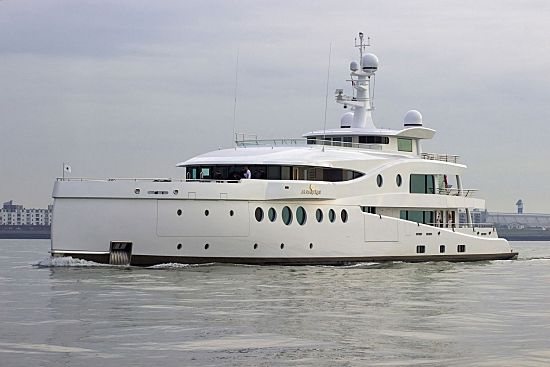 Owner Representative Benoit Faure from Yachting Concept commented: “The Owner is absolutely delighted with Madame Kate. Of course, the Tim Heywood design is very eye-catching and generates a lot of attention. But the Owner has also remarked on the level of quality on board, which is exactly the giant leap up that he wanted. For example, noise and vibrations are very low. In fact, it’s better described as an absence of noise and vibrations.”

Madame Kate's owner made a long list of modifications to the layout and design of the 60-metre Amels 199 concept, including tailoring outside areas and relocating the galley from the lower deck to the main deck, as well as a custom lighting system.

According to Faure, the Owner wanted the boat to be in the spotlight, with the ability to change colours. “The lighting in general was part of the quest for the boat. And on top of that, the paint finish of the boat became even more important. When you illuminate your boat at night, if it has a special colour, it’s even more beautiful.”