MV Marine has recently launched the newMito 45tender. A new model chosen by an American owner as a tender for his fleet, the launch took place on the famed Divine Coast in Italy. The sea trials took place between Cetara and Amalfi, experimenting with the 45 knots speed and the 30 knots for cruising, which the Mito 45 guarantees through two Turbo Diesel Mercure 4.2 TDI 370 HP engines. 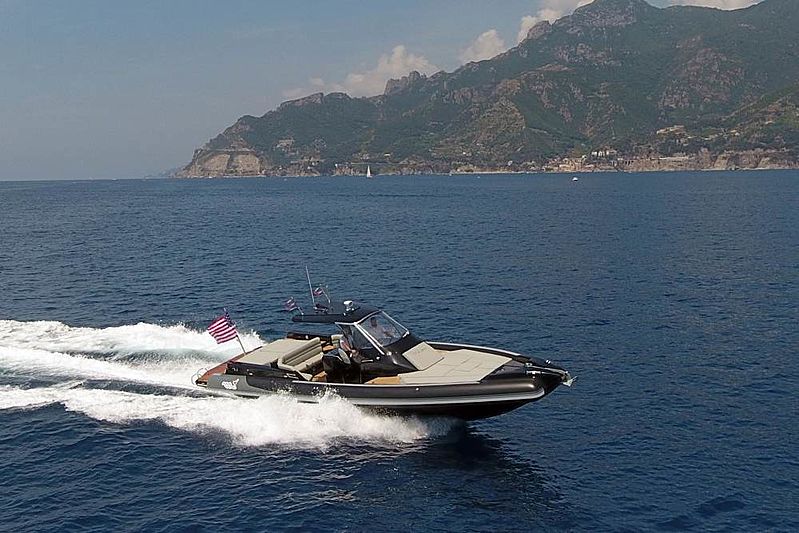 "The technological features of the Mito 45 have remained those ones of the range,” explains Vincenzo Nappo, founder of the MV MARINE shipyard in the Vesuvian area. “The owner wanted the ash color for the exterior, a shiny black, contrasting with the lively colors of the sea and the sky during navigation. As well as an elegant upholstery, light soft leather, matching with teak and steel finishing". 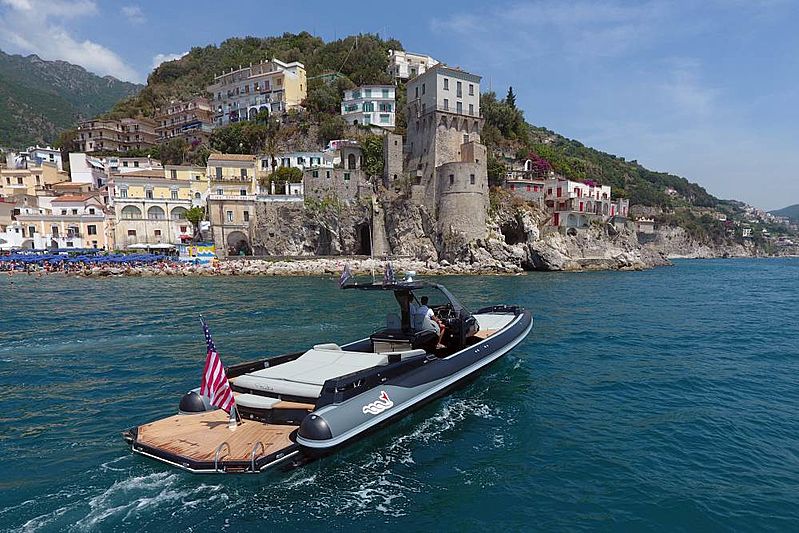 The Mito 45 weighs 30% less than the average, reducing fuel consumption and emissions. The model created specifically for the American market has unique variations to the standard model. First, the windshield is full height and connects to the T-top to protect the driving area, elegant and slim, with a unique glass pane for total visibility. Much attention has been given to the driver's, the pilot and the co-pilot seats, which are electrically adjustable.

The cabin has a double bed, two large windows, a separate bathroom with shower, a walk-in wardrobe, and ample storage space. Even though the Mito 45 has a size of almost 14-metres, with the deckhouse that does not emerge much from the tubular belt, with the large stern and bow sundecks and the central cockpit, she still remains a real inflatable boat. 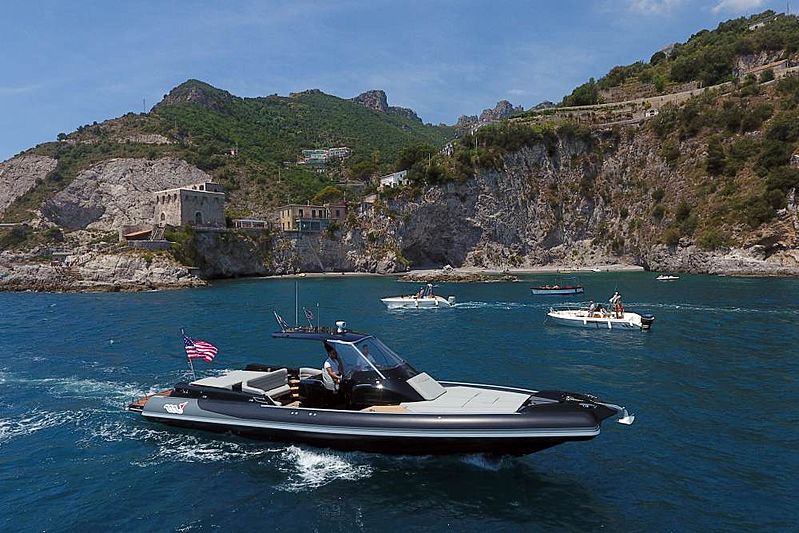 Of course there is no lack of comfort. A large driving console with two touch plotters that allow you to monitor all on-board services, complete with joysticks, which facilitates maneuvers. The central pallet is a real gem of design and functionality, there is no unused space. In the cockpit there is a large U-shaped sofa with a book-opening table in the centre, where many friends can be accommodated, and if necessary the table can be folded and stored in the niche set up in the tailgate.

The T-Top is another strong element of the Mito 45, resting on a stylised column on the central truss and with two steel posts and attached to the deckhouse. With its harmonious lines, it does not exaggerate or overturn the boat's sporting vocation, the full-glass windshield is deliberately an element of discontinuity between the saddle and the T-Top. 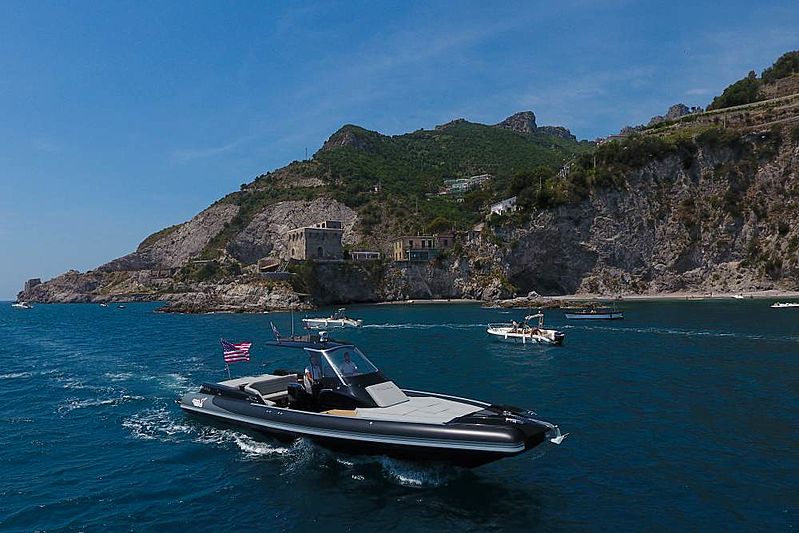 The large engine compartment door in RTM, besides accommodating the table, is equipped with LED lights. In the large engine compartment, the details of the mercruiser 4.2 TDI white pair of motors, delimited by a removable bulkhead, leave a large space for stowage, and there is also space for a deflated tender, including a motor. The large aft platform allows to hold an inflated tender of 2.5-metres, leaving the possibility of easy on and off boarding.

"The American version of the Mito 45 is one of the dots of the overseas market opening we've been running for a two-year period," says engineer Vincenzo Nappo, founder of MV Marine, "a winning bet on which we are continuing to invest with a greater presence at international boat shows, from the Côte d'Azur to Spain, from Europe to America". 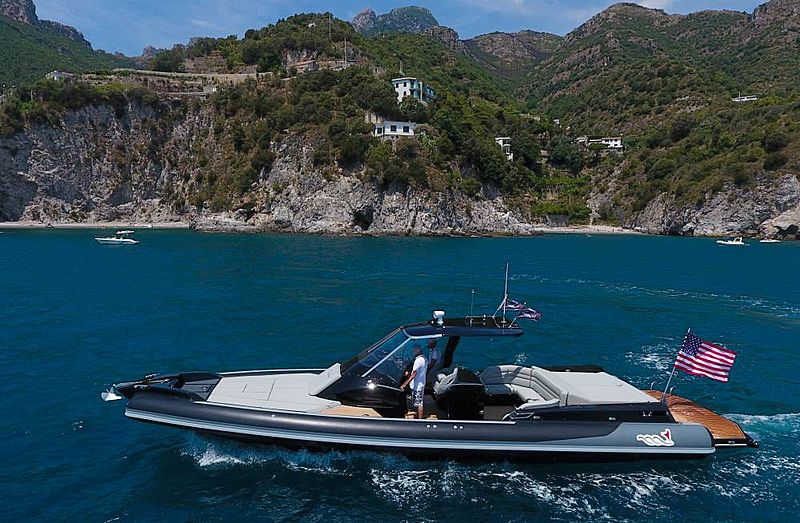 Investments that led MV Marine of the Vesuvian area to 60% growth in sales in 2016 and with a trend of the same growth calculated in the first six months of 2017. 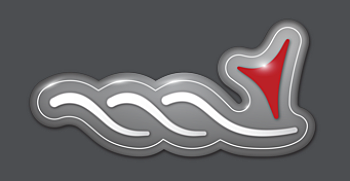